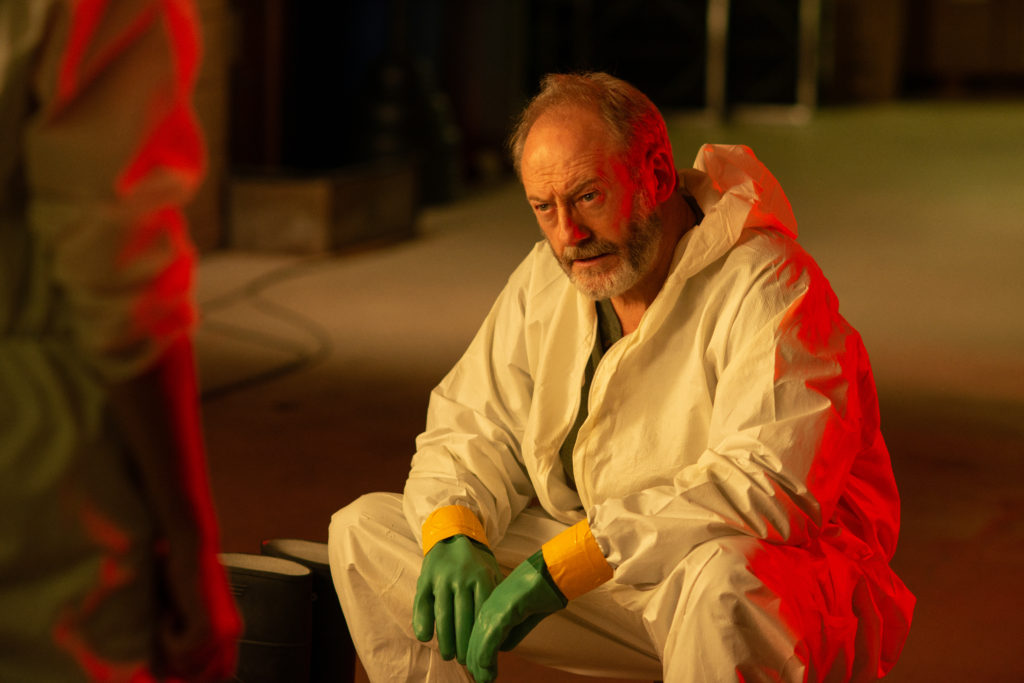 A series like The Hot Zone possesses a kind of natural antagonist that crawls under the skin of its audience through its simple realism. Based off Richard Preston’s 1994 bestseller of the same name, the series depicts the Ebola virus in two separate time periods, from its 1976 outbreak in the central African rainforest to its 1989 discovery in a primate quarantine facility in Reston, Virginia. National Geographic’s upcoming limited event supplies a sense of terror that few series can wield in such an effective manner.

At the heart of The Hot Zone is Dr. Nancy Jaax, an Army colonel working as a veterinary pathologist at the United States Army Medical Research Institute of Infectious Diseases, dealing with some of the most dangerous viruses on the planet. Played by Juliana Margulies, Jaax leads the effort to diagnose and later contain the facility in Reston that potentially possesses an existential threat to America. While dealing with the occasional sexist remark, Marguiles plays Jaax as a force of nature on the base, a careful professional working diligently to get to the bottom of what they discovered on U.S. soil.

Aiding her efforts are Dr. Peter Jahrling (Topher Grace), a civilian working in the USAMRIID, who initially discovers that the virus plaguing the monkeys is more than a simple case of Simian hemorrhagic fever, and Wade Carter (Liam Cunningham), her mentor who was on the front lines of the Ebola outbreak in 1976. Carter is also the focus of the series’ numerous flashbacks as he tries to figure out how to deal with the virus tearing apart central Africa. Jaax’s husband Lt. Colonel Jerry Jaax (Noah Emmerich) works alongside her at the base, often acting as a go-between with the higher-ups, cautious to prevent the outbreak from becoming a nationwide panic.

The Hot Zone does an excellent job of breaking down the science behind the virus for a general audience. The show takes a thorough approach to the Reston disaster, exceptionally well-paced over the course of its six episodes. The Africa flashbacks provide an additional broader perspective on Ebola, showing the devastating effects of the virus that continue to this day.

Part of what makes The Hot Zone so compelling is its grasp on the nature of suspense. The series hones in on the basic fundamental fear that Ebola invokes, an incurable plague that one can become infected by with a simple breath of air, brutally tearing one’s insides apart as it wreaks its carnage. Several scenes look like they could have been part of an installment in the Resident Evil franchise, with disaster lurking at every corner. Like the characters in their hazmat suits, there’s a natural sense of claustrophobia that reverberates back to the audience.

Character development can be a tricky subject for limited series, especially ones as plot heavy as The Hot Zone. The series takes the time to emotionally invest in its subjects, enhancing its narrative by giving the audience more to care about than just the virus. Jaax is more than a scientist fighting a deadly virus, she’s a mother, wife, and daughter who cares deeply about the people she works with and the nation she’s trying to protect. There’s real tangible growth in this journey for many of the characters, a rarity for a show that almost certainly won’t see another season.

Bolstered by a stellar cast, The Hot Zone is a brilliant thriller that kicks the summer TV season off with a bang. The three-night format is a great way to experience the show, giving the audience two episodes of this delectably bingeable suspense ride at a time. One of the best limited series of the year so far, National Geographic’s adaptation of Richard Preston’s bestseller is a joy to watch from start to finish.