Alita: Battle Angel Is a Collection of Stunning Visual Sequences That Lacks a Cohesive Story 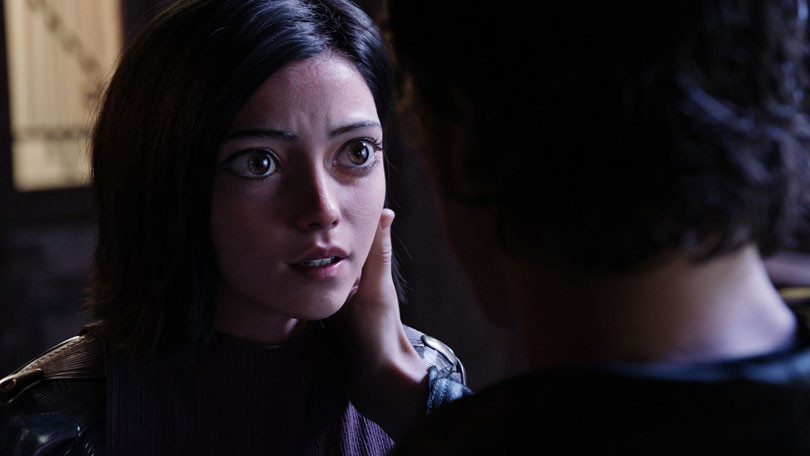 Movies like Alita: Battle Angel showcase the sheer power of seeing a movie on the big screen better than most. With breathtaking special effects in practically every scene, the sense of awe and wonder remains present for practically the entire two-hour runtime. Unfortunately, the vision, beautifully put together by director Robert Rodriguez and producer James Cameron, is severely undercut by the absence of a cohesive narrative holding all of that imagery together.

Alita: Battle Angel does not really have a central narrative. There are many subplots present, but none that really stick out as the one to use when giving a one-sentence explanation of the plot. A scientist named Dr. Dyson Ido, played by Christoph Waltz, rebuilds the titular cyborg, played by Rosa Salazar, who is revealed to be a three-hundred-year-old warrior and the last of her kind. Alita befriends a boy named Hugo, played by Keean Johnson, who teaches her about the futuristic game motorball. Mahershala Ali and Jennifer Connolly also hover around the narrative as Vector and Chiren, two shady individuals connected with the darker side of Iron City, the film’s central location.

Though almost all of the characters are connected to each other through highly implausible coincidences, there is little connecting the various strands of a plotline. The city of Zarem, which hovers above Iron City, serves as a MacGuffin, as Hugo tries to buy passage, but the film only gives this narrative sporadic attention throughout the film. Early on Dr. Ido is revealed to be a “Hunter-Warrior,” Iron City’s mercenary version of law enforcement, a plotline that supplies much of the film’s action. Problem is, the action really isn’t in service to some bigger purpose, leaving the visually stunning scenes with an empty after taste.

The presence of motorball is Alita: Battle Angel’s biggest shortcoming. The film makes no effort to explain the rules, bringing more attention to the game as a total knockoff of the cult classic Rollerball. It could have had value as a sideshow similar to podracing in The Phantom Menace, but the film thrusts the motorball into the spotlight for reasons that never really add up.

The film also includes a completely unnecessary romance between Alita and Hugo that feels crafted out of obligation to the concept that it should have a love story rather than any narrative necessity. The romance along with Connelly’s character Chiren, who happens to be Dr. Ido’s ex-wife, could’ve been cut from the film entirely with next to zero narrative consequences.

The action sequences are spectacular and the effects are of the high quality that one would expect from a film with Cameron’s name attached. As Alita: Battle Angel, it becomes clear that most of the drama that precedes the fight scenes is there merely to necessitate the battles. Unoriginal conflict can be forgiven in service to stunning visual sequences, but the film suffers from an inability to pick a singular generic narrative to get behind. It’s practically impossible to put aside the incoherent plot when the film is constantly changing gears.

Despite the lack of narrative continuity, the script is occasionally witty, offering a few laugh-out-loud moments. As a character, Alita is very relatable, if not a bit bland. The performances are all fairly strong, even if Waltz, Connelly, and Ali look a bit out of place in a film that doesn’t always know how to utilize their talents.

There is a lot to like in Alita: Battle Angel, which never falls into the territory of boring. Unfortunately, it’s difficult to recommend a film that could never decide what it wanted to be. The film fails to present a cohesive narrative to anchor its visual splendor, giving the audience plenty of entertaining sequences but little to root for.