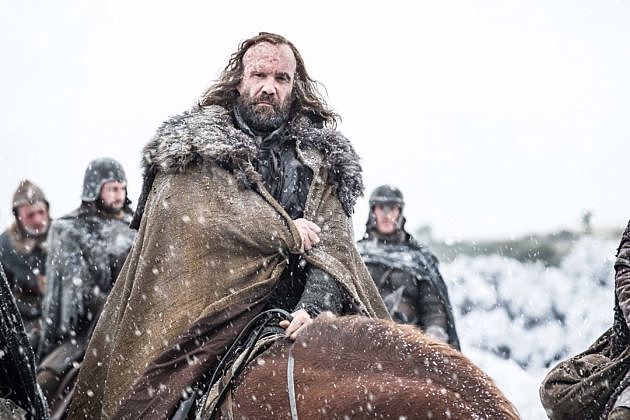 It feels like a decade has passed since television’s worst kept secret regarding the fate of a certain Northern bastard was revealed. Those of you who followed along with my season six reviews know that I wasn’t a big fan of the finale, or with the frequent lapses in logic that culminated in Jon and Cersei taking their thrones, for reasons that still escape me. A month after the season usually ends, we find ourselves ready to journey to Westeros once again!

The fact that there’s only thirteen episodes left of the series makes me more inclined to forgive the show for deploying the “everybody dies” trope to clear up the King’s Landing quagmire. Screen time is always an issue for shows with ensemble casts, giving Game of Thrones’ high death count an added purpose. It may not have always made sense, but trimming down the cast in season six was a smart move as the show heads into the home stretch. Now screen time appears to be far less of an issue, especially with the recent reports that all six of the season eight (next season) episodes will have feature length runtimes.

The objectives of season seven remain somewhat unclear, with only seven episodes and a much more condensed power dynamic. The show has two remaining major arcs to cover, the power struggle for the iron throne itself and the greater battle against the White Walkers. I doubt either of these will be fully wrapped up in this season.

Four main power centers remain in Daenerys, Jon, Cersei, and Euron. From the looks of the trailers, it appears as though Daenerys will land somewhere in the Stormlands/Iron Islands. This also follows the (f)Aegon trajectory A Dance with Dragons, where his troops landed in Storm’s End to begin their campaign. Euron is really the only expendable major player left on the show. Yara/Reek’s alliance with Dany makes it likely that her army will fight him first, before turning to face Cersei and her Lannister troops.

For the first time in the show’s history, Sansa possesses perhaps the most interesting storyline. We, as fans, can understand why the show would make Jon King in the North as R + L = J was finally revealed, but it’s never made sense from a plot perspective. It should belong to Sansa. This fairly simple concept does not appear to be lost on Littlefinger, though his decision making process has been seriously called into question ever since he decided to marry Sansa to Ramsey. This power struggle should be an interesting arc to follow for at least the first half of the season, though I expect we’ll see the show split the main conflicts this season into Dany/Highgarden/Dorne vs. Euron and North/Vale/maybe Riverlands vs. King’s Landing for this season. Hopefully season six’s breakout star Lyanna Mormont will play a major role this season. The potential Tormund/Brienne of Tarth is also one to watch for, though Tormund may still be stricken with grief over the tragic death of Wun Wun.

Tyrion’s role remains a bit of a mystery. I imagine that a scene with Cersei and Tyrion would be almost as desirable as one with Cersei and Dany (or Jon and Dany), but I could also see the show holding off on Tyrion’s return to King’s Landing until next season. A reunion between Jaime and Tyrion seems more likely. I’d love to see Tyrion play the role of traveling diplomat on Dany’s behalf this season. Political Tyrion is far more interesting than battle strategist Tyrion, though anything’s better than having him waste away in a room with Grey Worm and Missandei.

The presence of Beric Dondarrion and the Brotherhood Without Banners remains a bit of a mystery. I incorrectly thought that their return signaled that the show was going to bring in Lady Stoneheart. It seems more likely that Arya will be involved with them somehow, given that we last left her old friend Walder Frey in the Riverlands. Her old direwolf Nymeria, who continues to reek havoc in the Riverlands in the books, could also make a reappearance. A conflict between the forces in the Riverlands and King’s Landing seems likely to happen this season, which could allow the long anticipated “Cleganebowl” battle (one of my least favorite fan theories) between Gregor and Sandor to happen.

I don’t expect Bran or the White Walkers to make much of an impact this season. That goes for Samwell in Oldtown as well, though I wouldn’t put it past the show to advance in such a manner that allowed him to complete his maester training. After all, this is the same show that has Varys traveling back and forth between Westeros and Essos about 15 times in a single episode. I’d be happier if the show just killed Samwell off, but I doubt that will happen.

The one character that really puzzles me is Daario Naharis. The last we saw of him was in Meereen, where Dany left him to rule. I highly doubt we’ll see Dany return to Meereen, unless she takes Varys’ magic boat, but it’s also highly unlikely that we’ve seen the last of him. His return could be held until season eight given how much Dany has to do in Westeros.

I imagine this season will largely focus on setting up Dany as a/the major player in Westeros while setting the stage for the final season. Season six took care of a lot of the smaller power conflicts that had been brewing over the past few seasons. This season should probably be more concerned with preparing for the end than with killing off major characters. Cersei seems like the most likely major character to die this season, but I have a hard time believing the show would want to kill her off before the final season. Thirteen episodes may not feel like a lot of time left, but the show will want to save much of its long anticipated action for the home stretch.

Programming note: my weekly live recap show will return this season, broadcast from my Facebook author page. Like last year, we’ll aim to start at 10:15 EST, but that will change if some episodes run longer than an hour. Be sure to follow my Facebook and Twitter accounts to keep up to date. Written recaps will follow on Mondays. Thanks for reading! Looking forward to watching along with all of you this season.

« About That Footnote
Game of Thrones Season 7 Recap: Episode 1 »