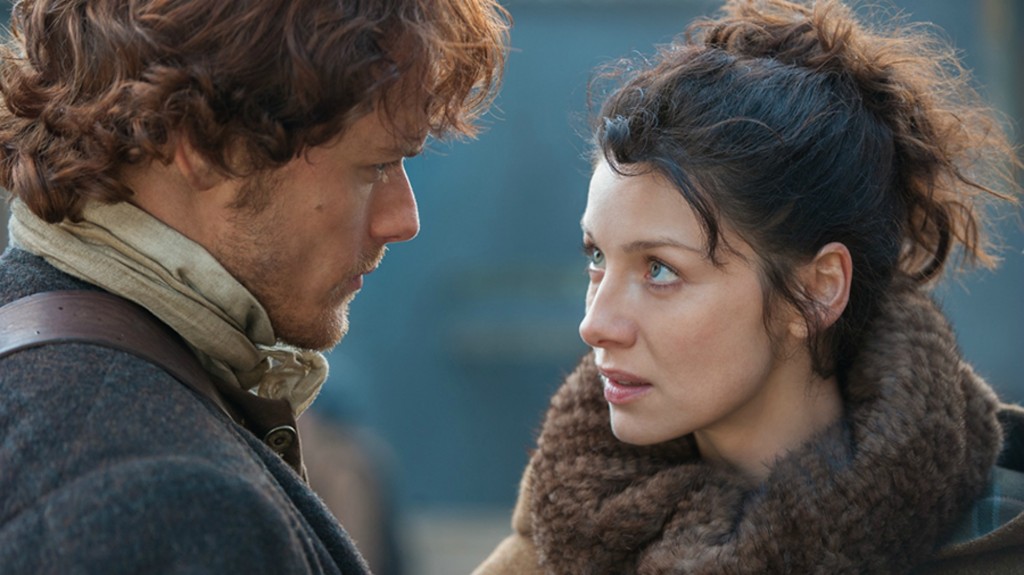 Like many, I was skeptical of Outlander when Starz announced it was picking up the series. The comparisons to Game of Thrones were inevitable, though Diana Gabaldon’s time traveling historical romance series bears little in common with George R.R. Martin’s A Song of Ice and Fire. Starz could’ve easily tried to make itself another Spartacus, which wouldn’t have been fair to the source material.

We’re in a pretty unique era for fantasy dramas and period pieces with Outlander having its feet in both genres. Probably the only valid comparison between Outlander and Game of Thrones is that they’re both fantasy shows where fantasy isn’t a predominant driving force in the narrative. Time travel sets the plot of Outlander in motion, but it’s hardly a show about time travel just as Game of Thrones is more of a political story than one about dragons, white walkers, and faceless men (also worth noting that Gabaldon and Martin have appeared in two anthologies together, one of which was edited by Martin).

In retrospect, it was foolish to have ever doubted Ronald D. Moore, who managed to take a cheesy Star Wars knock off and remake it into one of the greatest shows of the 21st century with Battlestar Galactica. Moore pays all due respect to Outlander’s source material as he did with BSG, all whilst creating a show that sets itself apart from a very crowded field.

Outlander is a beautiful show to watch. The scenery almost plays like an infomercial for Scotland’s tourism department, filming on locations that really make you feel like you’re in the 1700s. Though only about half of the principal cast are Scottish, the accents could fool just about anyone.

The other thing that really sets Outlander apart is the reservation with which it handles its freedom as a premium cable show. It could have all the sex, gore, and foul language it wants and yet it’s pretty tame by cable standards. Moore knows that while those can be used to draw attention to a show, you don’t have to have nudity in every episode to make a compelling drama.

We’re living in a great time for shows like Outlander. The fact that the show is drawing plenty of hype when Game of Thrones’ own return come just a week after is a testament to its quality. Many of the posters advertising the show have a picture of Jamie along with the phrase “some like it Scot.” Very rarely does an advertisement hit its mark with such accuracy.