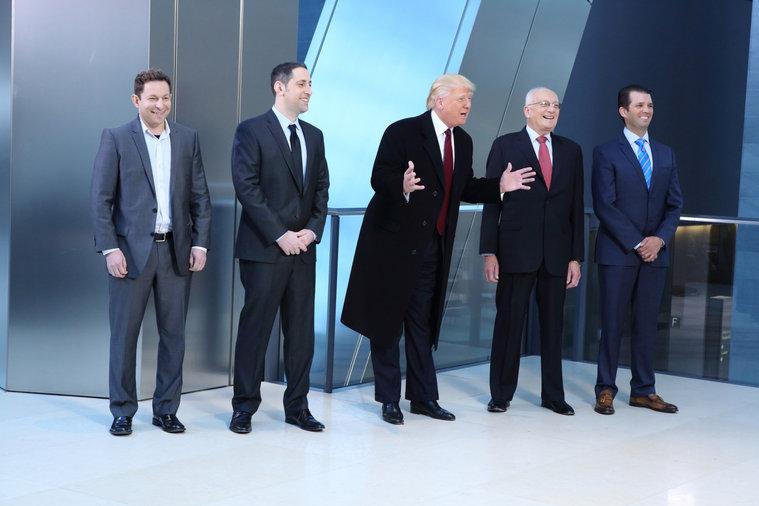 If there’s one thing we’ve learned about the boardroom from fourteen seasons of Apprentice, it’s that Trump hates when people don’t play by his rules. His tendency to alter the game at his whim blurs this quite a bit (like when he decided to fire two people when Adam Carolla refused to throw Michael Andredi under the bus), but he’s never missed an opportunity to punish someone who prevented his boardroom from turning into all out warfare. Even though I christened Kevin Jonas as the frontrunner last recap, simple mistakes prove how little that means in the grand scheme of things.

The boardroom was almost reminiscent of Celebrity Apprentice 1 episode three where Gene Simmons was fired essentially for trying to oust Omarosa when Trump basically told him that Nely Galan would be a good choice to bring back into the boardroom. It’s clear that Trump would have preferred to fire Lorenzo Lamas over Kevin, Geraldo Rivera, or Ian Ziering, but Jonas took that away from him. As such, he must be punished.

Jonas was also naïve to think that he could knock out Geraldo the week after a big win with basically no plan in place to unify his team against the man. Trump loves Fox News and doesn’t love Lorenzo Lamas. Kevin should have known this.

The tasks themselves weren’t very interesting. I think both tasks this episode were a bit of a toss up. Aside from Gilbert’s horrendously inappropriate joke, both teams were fairly on par, both hovering on the plane of mediocrity without being standout performers.

Which is sort of shame for the second task, since a board room centered around menstruation would have been more interesting than watching Gilbert Gottfried fall on his crude sword. Whether or not that’s more inappropriate that ousting the moon cycle of one of your own teammates remains to be seen.

Watching Vivica A. Fox tell Donald Trump that Olympic Gold Medalist Shawn Johnson was lazy because she was on her period is why this show is still worth watching in its seventh incarnation. Johnson was right to call her out afterwards. A potential fight between the two is the only reason why putting two tasks in the same episode looked to be a mistake. I might have rigged that one in favor of the men just to watch Fox defend the crudeness of her revelations.

Despite the Geraldo/Kevin antics coupled with Johnson’s moon blood, I don’t actually think this episode was negatively impacted by the decision to squeeze two tasks into one episode. The hour-long boardrooms work when there’s material to carry them. Neither boardroom in this episode looked like it would benefit from being twice its own length.

Kevin’s early exit throws a wrench in determining who the real contenders are. It’s obvious at this point that it’s Geraldo’s to lose. That’s a far cry from saying he actually will though.

We’ve seen uber-alpha contestants before like Piers Morgan, Omarosa Manigault-Stalworth, Annie Duke, Jon Rich, Star Jones, and Aubrey O’Day. What separates Morgan and Rich, who won, from the women who lost was that they had friends on the show. Morgan had Lennox Lewis and Carol Alt while Jon Rich had Lil Jon and Meatloaf. Geraldo has some people on his team who don’t appear to hate him, mainly Terrell Owens and Johnny Damon, but having two enemies this early on is going to be a problem.

Despite two victories, the women still didn’t look terribly dominant. Given the lack of talent on the men’s team, this isn’t a huge problem but Gosselin and Fox were both unimpressive project managers who probably would have both been fired if they’d lost. Brandi Glanville and Leeza Gibbons showed some flare as contenders, but it remains to be seen if they have what it takes to really separate themselves from the pack. I’d give Gibbons more of the benefit of the doubt that Glanville given her extensive Hollywood background.

If Geraldo is taken out, we’re likely looking at a repeat of season five, where Arsenio Hall and Clay Aiken flew under the radar to the finals. The vast majority of the contestants are neither standouts nor clear stinkers. Kevin’s firing should serve as a wake up call to Geraldo that simple mistakes can lead to one’s termination, but when the major force of opposition is from two primetime soap opera stars, I find it hard to believe he’ll actually care.