Analyzing the Impact of Matthew’s Death on Downton Abbey 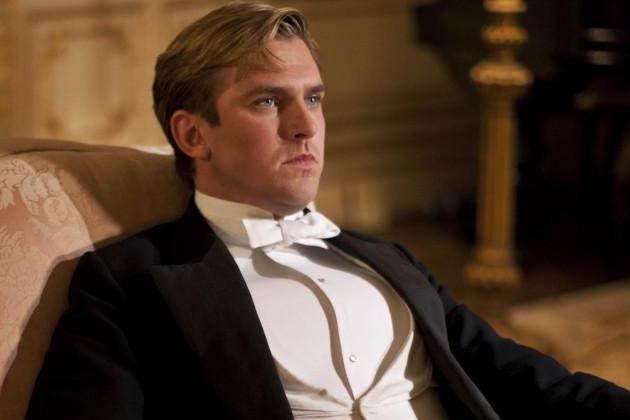 Note, while I dislike spoiler notes immensely, as Downton Abbey is currently airing in America, I thought it was polite to note that this article contains minor spoilers through season five as it’s completed its run in England already.

It’s hard to believe it’s been two years since the abrupt car accident took Matthew Crawley away from Downton Abbey at the tail end of the season three Christmas Special. Perhaps it feels longer because of the drop in quality since the heir to Downton left the show. The excellent season five Christmas special shows that DA does have some life left, making now an appropriate time to take a look at how Matthew’s death changed the show.

Downton Abbey, being an ensemble drama, means that it’s hard to argue that Matthew’s death changed the storylines for every single character on the show, even though he was a main character. Matthew didn’t frequently interact with everybody on the show, making it hard to really say that his death impacted everyone equally. You could argue that he might have played a part in Mrs. Patmore’s dead nephew storyline, but you wouldn’t really say that his death altered her arc in any substantial way.

I’ve organized the impact of Matthews’s death on the cast by five tiers. I’m going to exclude Lord Gillingham, Charles Blake, and the rest of Mary’s suitors who were introduced post season three as it’s unlikely they would have been even introduced had Matthew stayed on the show.

Tier 1 is fairly straightforward. Mary’s entire storyline was completely altered because of her husband’s death. No Matthew means no suitors. It’s possible that either Lord Gillingham or Charles Blake could have been introduced in a similar fashion to Simon Bricker, but most of her storylines would be in conjunction with Matthew’s. Maybe she would be a better mother.

Molesley is the other one whose entire storyline was impacted by Matthew’s absence. Matthew’s death caused Molesley’s complete fall from grace, going from valet to second footman. This might have been for the best from a screen time perspective, but he was already comic relief. He might have been in a better positon to court Miss Baxter, but Fellowes has always found ways to screw Molesley. Matthew’s death took much of his dignity, but perhaps it made him more endearing to the audience.

Tier 2 might be a point of debate for some, especially considering that Isobel is Matthew’s mother. But his move to Downton set up Isobel’s relationship with Violet quite nicely and I think that would have happened regardless of whether or not Matthew died. Obviously there were grief moments that wouldn’t have happened, but I don’t think her storyline took the drastic turn that Mary and Molesley experienced.

Lord Grantham fits largely under the same category. Aside from the will stuff, Robert’s storylines would have happened anyway. Matthew would have been involved with the business matters, but you can mostly swap Mary out with him to see what would have happened there. I don’t think Matthew’s death necessarily precluded him from any particular storyline.

We can split up the Tier 3 Unknowns into two categories. Lady Rose and Tom likely experienced slightly larger roles due to Matthew’s death. But I don’t think it’s fair to say that Matthew’s presence would lead to any major changes for either one. Rose could have still come to Downton to represent the younger side of the aristocracy. There was the role of Sybil to be replaced as well, though she was hardly a major character in season three.

Tom is a bit trickier. There’s no denying that he filled some of Matthew’s role, both in Lord Grantham’s eyes and the viewer’s. But would Matthew’s presence prevent his relationship with Miss Bunting or interfere with his desire to move to America? I don’t think so. Matthew meant a great deal to Tom, but his path wasn’t blocked by having a friend and similar (relative) outsider.

As for the Mr. and Mrs. Bates, they seem like an interesting choice to put in the mix considering neither shared much screen time with Matthew. But Matthew’s death lead to Lord Gillingham, which led to Mr. Greene and Anna’s subsequent rape. If Greene hadn’t done it, there’s certainly the possibility that someone else could have. But Matthew’s presence and the need to give him something to do might have cancelled that one out entirely. We don’t know. Hence the unknown.

Which is sort of the same for the rest of the cast. You could say that Matthew might have developed a rapport with Carson, but that’s pure speculation that isn’t really rooted in anything. He could have gotten caught up in a Barrow plot or maybe not.

One element worth speculating on is whether or not Alfred, Ivy, and Jimmy would have left if Matthew hadn’t died. While Matthew didn’t really have anything to do with those three, he was at the forefront of Downton’s “youth movement” in season three, as he and Tom worked with Lord Grantham to modernize things from a business perspective. Entering season six, that youth moment is largely gone, though there’s a new footman in Andy who could bring down the servant’s average age by quite a bit.

One could point to Matthew’s death as indirectly causing Alfred’s departure as Molesley took his place as footman. I wouldn’t say that necessarily needed to be the case and the subsequent departures of Ivy and Jimmy suggest that if that hadn’t have happened, something else might have. Unless you want to make the argument that Matthew’s death elevated the importance of Molesley as a character, rendering some of the servants redundant since there’s only so much screen time to go around.

Which isn’t an unfair point. Matthew’s death took much of the “let’s bring Downton into the modern times” away and instead created a sort of holding pattern that did the show no favors in its lackluster forth season. It’s fair to suggest that the show would have been more business related if for any other reason than it would’ve needed something to take the place of all the grieving over Matthew’s death.

Matthew’s death may not have created much of a visible “void” considering Downton’s large cast, but it had a tremendous impact. Shows like DA tend not to get better with age, but much of the complaints over the past two years fall on Mary’s storylines and the stunting of the plot that was forced by his death. That was avoidable, but it still happened because Dan Stevens wanted off the show before Fellowes could figure out how to adjust properly.