Still brimming with mediocrity, Sonic the Hedgehog 2 is an improvement over its predecessor 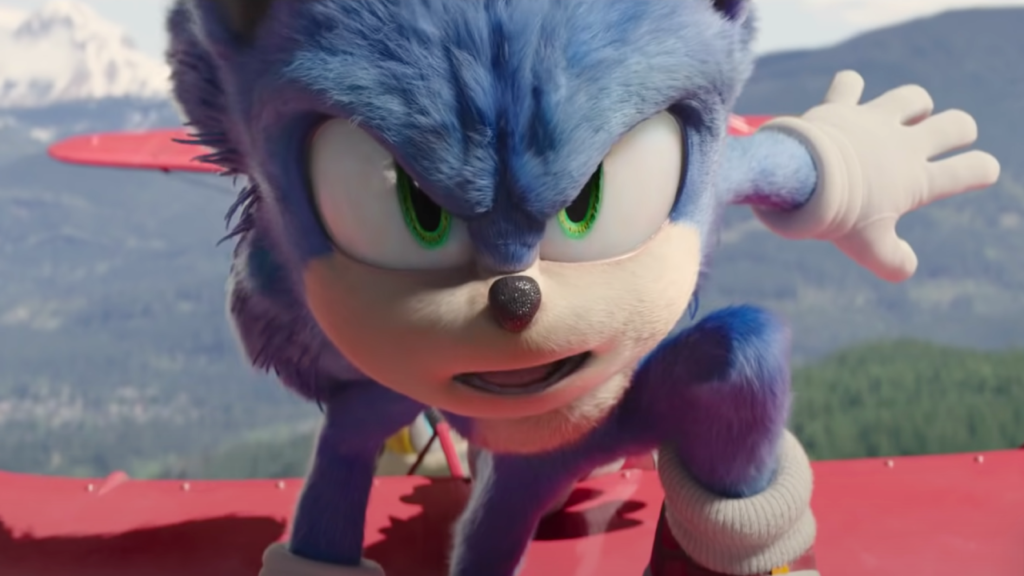 Video game superfans should generally temper their expectations toward big-screen adaptations of beloved works. Sonic the Hedgehog was a bit of an anomaly in this regard, a generic plot constantly uplifted by Jim Carrey’s nostalgia-heavy performance as Dr. Robotnik. Audiences generally don’t see a film play simultaneously to the generic kids movie crowd alongside older viewers who grew up with the source material.

Sonic the Hedgehog 2 remains acutely aware that many of the kids who grew up blowing into their Sega Genesis cartridges now have children of their own. The script for the sequel is laden with popular culture references that no one under the age of ten would understand. The efforts toward recreating iconic Sonic boss levels often sharply contrast with the otherwise abundant laziness toward just about every other aspect of the film.

The sequel mostly picks up where the first film left off. Sonic (Ben Schwartz) has the Wachowski residence to himself while Tom (James Marsden) and Maddie (Tika Sumpter) attend the Hawaii wedding for Rachel (Natasha Rothwell) and Randall (Shemar Moore), the latter serving as the film’s sole primary newcomer among the live-action cast. Longtime sidekick Tails (Colleen O’Shaughnessey) joins Sonic to take on Robotnik and fan-favorite Knuckles (Idris Elba), who seek to harness the power of the Master Emerald.

The plot is about as silly and generic as the first film. The script does little in terms of world-building regarding the Emerald’s power or Knuckles’ beef with Sonic, but it also doesn’t really need to. The chemistry between the pairs of Sonic & Tails, and Knuckles & Robotnik supplies most of the narrative’s best moments.

Director Jeff Fowler has no idea what to do with his live-action performers outside of Carrey. The middle of the film dedicates far too much time to Rachel and Randall’s wedding. The actors work hard to endear themselves to the audience with limited screentime, but that doesn’t really change the fact that the film is pretty boring whenever there isn’t a CGI character on screen.

The script is once again laughably bad, projecting a bland hero’s journey onto Sonic, who’s still quite the loner. You get the sense that someone is trying to say something about the power of self-confidence, but the narrative doesn’t have the attention span to stay on any one strand for very long. Elba’s top-notch voice work is undercut by the silly lines he’s expected to deliver with a straight face, lacking Carrey’s innate ability to work magic with amateur-level screenwriting.

Sonic the Hedgehog 2 is way messier than it should have been, full of cheap filler like a lazy dance-off in addition to the pop culture references that already feel dated. Fowler does nail the interactions between his principal players. Sonic benefits immensely from the presence of Tails and Knuckles, inching the character closer toward his rightful place as the epitome of cool.

The film fares better at serving its dual audiences of children and adults than most of its contemporaries, but that reality doesn’t change the fact that Sonic 2 is quite content with mediocrity for most of its bloated 122-minute runtime. Fowler delivered a stark improvement over the original film, but he did not craft a particularly impressive feature, once again leaving Carrey with far too much cleanup duty. Sonic diehards will find much to enjoy, but everyone’s favorite blue hedgehog deserves better than this half-hearted attempt at filmmaking.