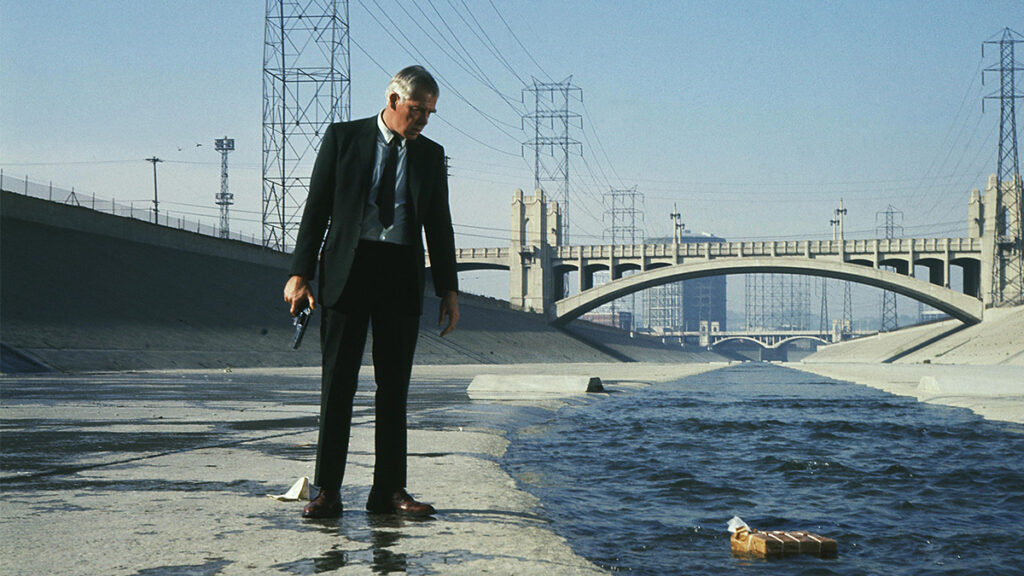 There’s an inherent beauty in the way that film offers such an enclosed, finite glimpse into its subject’s lives. Sequels aside, audiences aren’t invited to the happily-ever-after. In most cases, the three-act structure is all you get.

John Boorman’s iconic 1967 thriller Point Blank deploys a non-linear structure, showcasing its lead’s death in the opening scene. Walker (Lee Marvin) is betrayed pulling a heist on Alcatraz Island by his partner Reese (John Vernon) and wife Lynne (Sharon Acker), left to bleed out in the prison only four years removed from its active operations. The narrative is anchored by Walker’s pursuit of his share of the job, putting him at odds with Reese’s shadier associates.

On the surface, the film largely plays out like a revenge thriller, but vengeance isn’t the primary focus for either Boorman or Marvin. Instead, their focus lies pretty solely with the deconstruction of Walker’s psyche. Walker moves with determination back and forth between San Francisco and Los Angeles, but the layers quickly unravel behind the broken man.

Marvin, who played a key role in adapting the film from the Richard Stark’s 1962 novel The Hunter, delivers a deceptively subtle performance, keeping his cards close to his chest. For a man with one of Hollywood’s most distinct voices, Walker doesn’t speak all that often. Instead, Boorman utilizes Johnny Mandel’s chilling score to supply much of the perpetually heightened dramatic tension.

What’s particularly remarkable about Boorman’s work is the way that he essentially introduces a fourth act into the equation that lingers in the audience’s mind long after the credits roll. The non-linear structure doesn’t just toss the traditional notion of narrative out the window, it practically laughs at the idea that one would want to put the pieces of the puzzle back together. Beyond that, Point Blank stresses the unimportance of doing so.

One could spend hours deliberating over whether Walker truly died in the opening act, but film isn’t really about those kinds of answers. A conventional thriller within the genre might care more about definitive conclusions, satisfied with its role as mere entertainment. Such is the realm where Point Blank separates itself from its peers.

Walker wanted his work to mean something. Boorman and Marvin operated with the very same intentions, a thoroughly tantalizing production. Featuring stunning cinematography that highlights an anxious 60s LA, Point Blank is the kind of film that’s hard to get out of your head. Walker isn’t particularly likable, but his frantic grasps at purpose are far more meaningful than your typical revenge fare. A definitive entry in the genre.