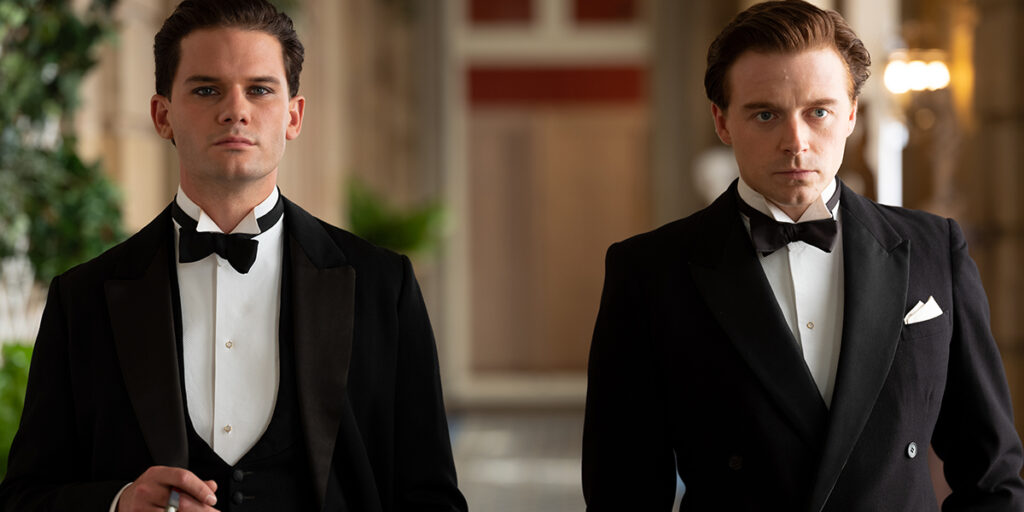 There are future generations of LGBTQ coming that will grow up never knowing life in the closet. A once universal sensation for gay people will fade from our collective consciousness, the passing of time blunting the pain of old wounds. The English poet Siegfried Sassoon carried with him not only the burden of the closet, but also the scars of service in World War I, later becoming a vocal dissenter of the prolonged conflict.

Terence Davies’ film Benediction captures the complicated, tragic life of Sassoon. Played predominantly by Jack Lowden, with a brief appearance by Peter Capaldi covering the last chapter of the poet’s life, the narrative delicately explores the emotional turmoil that came to define Sassoon’s career. For a man who experienced such sadness so early on in his life, Davies narrows in on the metastasized trauma and the way its evolution became his subject’s defining characteristic.

Lowden’s Sassoon is deliberately stoic, a man in constant conflict between his repressed emotions and the natural desire of the artist for free expression. The pressure valve has long seen its bursting people, with the poet often carrying himself more like a ghost than a functioning member of society. Sassoon is a very sad man, a notion reaffirmed by Davies at every turn. Lowden keeps the audience at a distance, demonstrating almost no range in his character’s demeanor until late in the third act. It’s unwelcoming but not necessarily off-putting, a strong performance hindered by the narrative’s brutal confines.

Davies is his own worst enemy, dragging out Benediction for so long that the payoff loses all its muster. The narrative has no idea what to do with its untenable runtime, a 137-minute slog. As a biopic, Benediction covers decades-worth of its subject’s life, but Davies is not really concerned with showing history or biography. He’s almost entirely preoccupied with Sassoon’s inner sense of turmoil, an exercise that would have been better suited by a more intimate scope.

The production appears to have been impacted by the pandemic, with a few scenes looking like their audiences were green-screened into the background. The actors almost always keep their distance, much of the narrative confined to conversations between two or three people in isolated spaces. Without much variety in its settings, the scenes often feel repetitive, hindered by Lowden’s reserved performance.

Gay people of faith will undoubtedly find much to contemplate. A convert to Catholicism late in his life, Davies finds much beauty in Sassoon’s sense of spirituality without trying to speak for him. The screenplay does an excellent job blending poetry into the narrative’s progression.

Davies’ cause is not exactly helped by the broader abundance of closet narratives. The director doesn’t really have anything interesting to say about being gay in a time when homosexuality was illegal, though he does have some fun with Sassoon’s voyeuristic male companions. For a film with so many gay characters, it feels oddly prudish, like Davies is holding out on the audience.

Benediction is a frustrating experience, strands of brilliance that never manage to come together. Davies doesn’t give his audience enough reason to sit through his overstuffed, meandering work. There’s so much talent on display here that seldom operates in sync.