Season Three Is Titans’ Best Yet 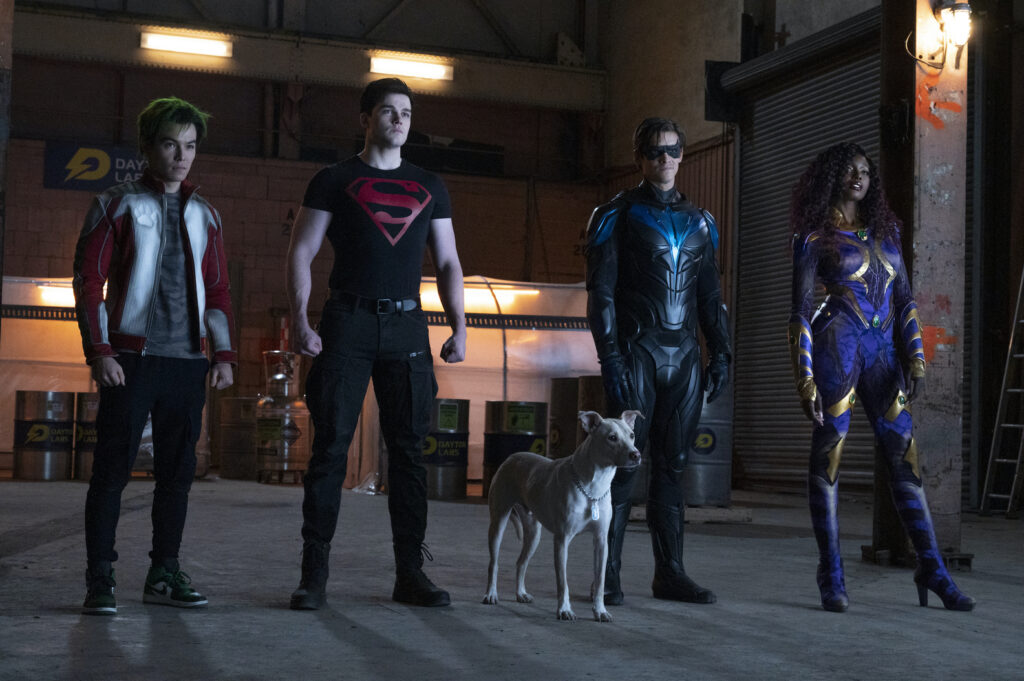 Few shows in the streaming era fire on all cylinders quite like Titans. Through a bit uneven at times through its first two seasons, there is much to appreciate in the way that the series took more after its DC siblings on The CW in emphasizing episodic storytelling rather than the slow burn dynamic deployed by costumed heroes on other premium services. Titans has never been afraid to bite off more than it can chew, a refreshingly ambitious show that manages to pay homage to seemingly every single Teen Titans era through its nearly sixty-year history.

Titans second season often struggled with the intense balancing act between the current Titans, the seemingly retired first generation, the new heroes, Bruce Wayne, and the Wilson family tree, a tall order that even Trigon would struggle with. The early episodes of season three demonstrate immense progress on this front, giving the series its strongest sense of focus since it first premiered. The pacing kinks have been thoroughly ironed out.

Season three takes a fast yet methodical approach to its narrative. As the titles of the first two episodes, “Barbara Gordon” and “Red Hood,” suggest, there’s a natural emphasis on Gotham, the home that Dick Grayson (Brenton Thwaites) can never seem to leave behind. There are some who might roll their eyes at the heightened role of the “Bat Fam,” but the change of scenery works quite well for the narrative, while still managing to include the characters whose superhero lineage doesn’t trace through the Dark Knight.

Newcomer Barbara Gordon (Savannah Welch) is an early standout. Longtime fans of the Birds of Prey comic or of Babs’ time mentoring Stephanie Brown in Batgirl vol. 3 will find much to love in Welch’s portrayal of the character. Welch hones in on Barbara’s duel tutelage from Batman and her father, a woman trying her best to put the skills from her two worlds to good use.

The inclusion of Dr. Jonathan Crane (Vincent Kartheiser) is a bit more of a mixed bag. Kartheiser puts forth a thought-provoking take on Crane, one of the meatier villains in Batman’s rogues gallery, but the framing of the character in the narrative feels more than a bit derivative of another famous villain from outside the world of comic books. For a show as steeped in DC lore as Titans is, Crane is a peculiar miss.

Season three’s biggest triumph is the way that the team really does feel like a family. There’s less pressure on Dick to be the glue that holds everything together. Interpersonal conflict exists without constantly carrying the notion that this group is one blow-up away from implosion.

The cast is probably still a bit too big for a thirteen-episode season, but season three does a much better job of sharing the spotlight. Gar (Ryan Potter) and Conner (Joshua Orpin) have a natural sibling-like chemistry that boosts every scene they’re in. As Starfire, Anna Diop remains one of the show’s best weapons, her acting elevating one of the season’s more lackluster plotlines. Hank (Alan Ritchson) and Dawn (Minka Kelly) continue to shine as elder statesmen on the team.

As a show, Titans constantly makes it easy for the audience to forgive its narrative shortcomings that bump against the confines of its television medium. Evident in practically every character is the show’s deep commitment to the long game, building on foundations established in earlier seasons. This is perhaps most evident in Jason Todd (Curran Walters), a character whose entire series arc has been building toward this particular storyline. Titans pays homage to decades’ worth of Gotham history while also paving its own course through these streets.

As a character, Jason Todd is a pretty singular figure in the Batman family. Controversially killed off in 1988, the second character to assume the role of Robin was the rare superhero who actually stayed dead for an extended period of time. Resurrected in 2005 during the “Under the Red Hood” storyline, a byproduct of the events of the multiverse-restoring “Infinite Crisis,” Jason returned, with an understandable vengeance.

The story of Jason Todd is a tragedy, destined to play second fiddle not only to his predecessor, but to the Robins who came after him. Jason’s status as the least-loved among Bruce’s children is practically a running joke throughout the source material. Though more than a bit melodramatic at times, Jason is not necessarily wrong to have a chip on his shoulder.

Titans doesn’t have the luxury of twenty years to build this sense of natural tension that flows so easily on the comic book pages, but the show manages to put forth a pretty masterful study of the character on screen. Walters captures the essence of Jason beautifully, eliciting a sense of empathy that might not come easy given the character’s abrasive nature. Certain plot choices are bound to rile some hardcore fans, but the results make for quite compelling television.

The real world has changed quite a bit since Titans first debuted, putting immense strain on practically every show currently in production. There are probably fewer on-location scenes than earlier seasons, but the crew pulled off a rather miraculous feat of crafting a product that doesn’t look like it was negatively impacted by the pandemic. Few covid-era shows provide top-notch escapism on Titans’ level.

Season three features Titans’ strongest storytelling, a confident narrative that juggles its many pieces with deep reverence for the source material. There are a few bumps along the way and storylines bound to elicit a few eye-rolls, but the show has clearly learned from some of season two’s shortcomings. Titans moves with a brisk pace, the kind of narrative that would probably be better off with an episode count similar to its CW siblings.

It’s hard to define what constitutes a “normal” run for a show in the streaming era, with shorter three or four-season arcs becoming more common. Titans could in theory last for as many seasons as Arrow or The Flash, but precedent doesn’t suggest that’s likely. With that in mind, it’s reassuring to see the show pursue its big ambitions, even knowing that not everything is going to land perfectly. The streaming landscape would look a lot better if more shows followed Titans lead and tried to leave everything on the field.

The first five episodes of the season were screened for review. Season three of Titans premieres on HBO Max on August 12th.