Godzilla vs. Kong doesn’t have enough of a punch to make up for its awful human characters 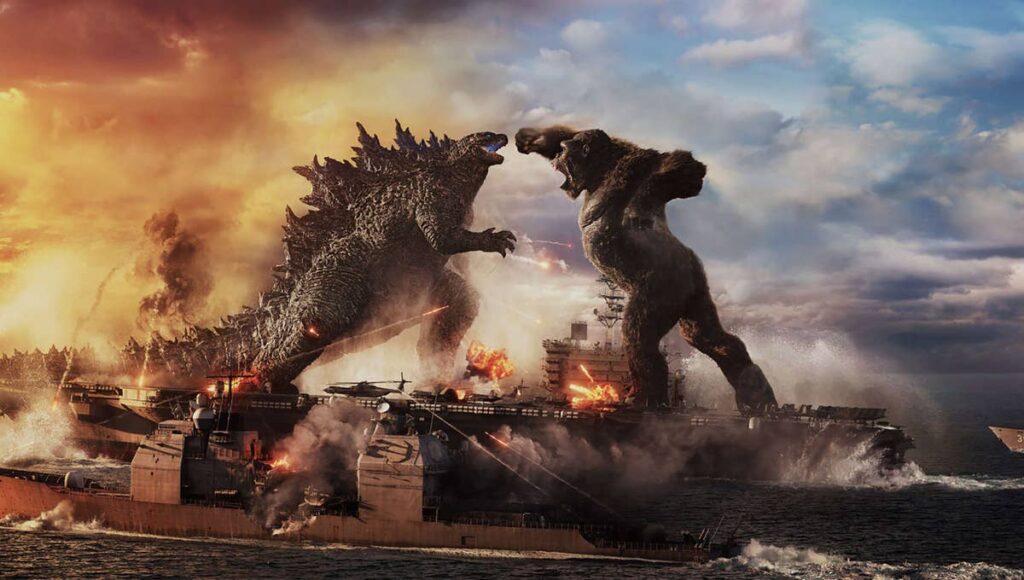 Fans have waited close to sixty years for a follow-up clash between titans Godzilla and King Kong. Godzilla vs. Kong is one of those titles that explains everything the film is supposed to be, a narrative that pretty much solely hinges on its ability to deliver plenty of fight scenes between the two famous kaiju. Unfortunately, there is the pesky matter of humans that the screenplay never quite figures out.

There have been a dozen King Kong films and three dozen entries to the Godzilla franchise. Godzilla vs. Kong is a direct sequel to 2019’s Godzilla: King of the Monsters, itself a follow-up to 2014’s Godzilla, and 2017’s Kong: Skull Island. There was some solid worldbuilding in this “MonsterVerse” to get us to this point, establishing the hierarchy of the titans and why Godzilla and Kong are on a natural collision course as alpha predators.

Sadly this dynamic hardly applies to the human characters held over from King of the Monsters. Returning actors Millie Bobby Brown and Kyle Chandler add next to nothing to the narrative. Brown’s Addison Russell is at least involved in some hijinks to discover the motive of Godzilla’s attack on Pensacola, Florida, along with her friend Josh (Julian Dennison) and Bernie (Brian Tyree Henry), a conspiracy theorist/podcast host dedicated to bringing down Apex Cybernetics.

Brown, Dennison, and Henry have solid chemistry that would’ve worked a lot better if the screenplay cared at all about them as characters. Instead, we see them periodically throughout the narrative, with only the vague understanding that they’re there as filler for the film’s 113-minute runtime. Chandler’s presence is non-existent to the point where it essentially becomes a distraction. Ceding the role of male lead to Alexander Skarsgård, the audience is left wondering why Chandler bothered to show up for a sequel that clearly has no use for his character.

The film could be forgiven for all of this if it was laser-focused on its main objective, but the fights are too few and far between to justify the utter absence of anything resembling compelling drama from the human characters. Director Adam Wingard proves his talent in the action genre. The first battle, in particular, is a triumph of special effects, a dazzling spectacle in the middle of the ocean.

The two subsequent battles fail to adequately raise the bar. The action shots are too fast-paced, often laser-focused on the titans to the point where you can’t really see the carnage around them. The CGI is top-notch, but the experience feels weirdly small at times, with the cinematography limiting the audience’s ability to get a firm grasp of what’s going on at times. This isn’t always the case, but it happens enough to make one long for the days of watching two guys in rubber suits stomping on cardboard buildings while low-budget pyrotechnics go off in the background.

Herein lies the problem with Godzilla vs. Kong. The human scenes are such a dud that they drag everything else down, a woefully pathetic screenplay that practically insults its audience with its apathy. The fights range from excellent to solid, which is not enough to carry the deadweight from this otherwise awful experience.

There are some great sequences here. The Toho Godzilla films rarely produce drama that aspires to be on the level of Citizen Kane, but those narratives at least try to entertain their audiences when the monsters aren’t fighting. There is far too little effort in Godzilla vs. Kong, an easily avoidable misfire. These titans of the kaiju genre deserve so much better than this mess.