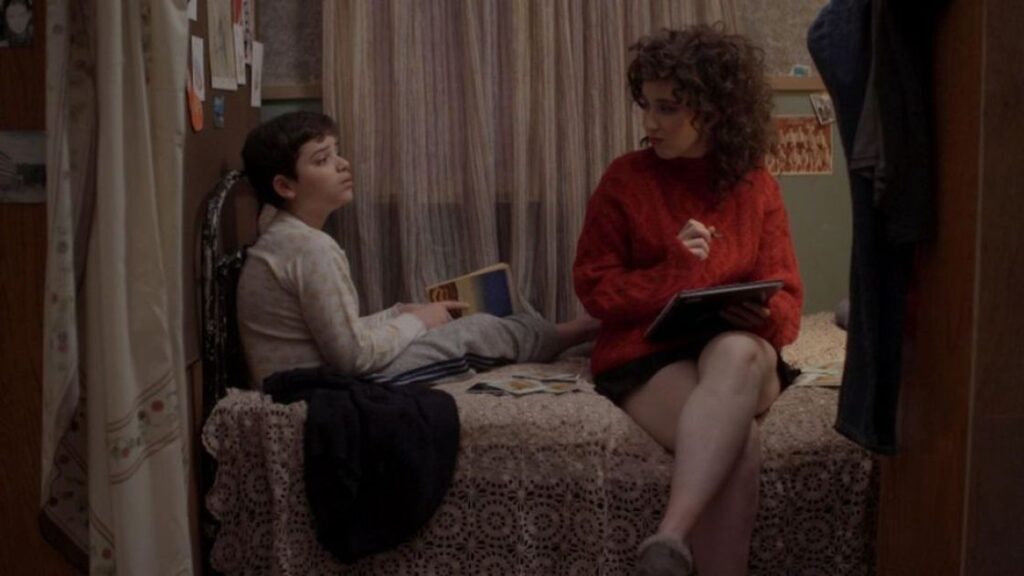 The world has seen quite a few coming out narratives over the past few decades as LGBTQ culture has become more mainstream. The world that Potato Dreams of America debuts into is quite different than the one director/writer Wes Hurley grew up in. America has changed quite a bit since Hurley’s short film Little Potato premiered in 2017. Both films are based on Hurley’s experiences as a Russian immigrant to America, at a time when being gay was hardly accepted in either country.

With Potato Dreams of America, Hurley utilizes a surrealist landscape to tell his life’s story. The narrative covers a wide stretch, from his youth to early adulthood. As a director, he’s inventive with his storytelling, playing with his character’s accents to highlight his fish out of water status in both countries. Coupled with the luscious sets, Hurley crafts a compelling backdrop for the film.

Unfortunately, the script is pretty lackluster. Hurley throws cliché after cliché at the audience, tired humor centered around capitalism and the American dream. There’s really nothing in this narrative that hasn’t been explored before on screen, a situation exacerbated by the film’s stunning mediocrity.

The performances fare a bit better than the screenplay. As the “American Potato” (the unnamed protagonist that’s clearly a stand-in for Hurley) and Jesus Christ, Tyler Bocock and Jonathan Bennett supply a couple of entertaining scenes in the middle, albeit hindered by the otherwise lackluster presentation. Lea DeLaria does a great job as Potato’s mother Tamara, easily the best performance of the film.

Based on true events, it’s clear that Hurley prioritized autobiography at the expense of his film’s story. This is 90 minutes of Hurley’s life that obviously means a great deal to him as a filmmaker, having previously explored his childhood in the earlier short. He does a terrible job translating that passion to the audience.

Autobiography or not, Hurley doesn’t really have anything interesting to share about growing up as a gay immigrant. This story might have played better ten years ago, but here it comes across as dated and at times, regressive. At one point, Potato’s mother expresses indifference to her son’s coming out. Whether that’s true of Hurley’s life or not, it doesn’t make for compelling material to watch on screen.

Potato Dreams of America struggles to present itself as more than a vanity project with a terrible script. It is a positive sign of the times that Hurley’s sincere story of coming out lands with such a thud in 2021. Unfortunately, his film isn’t strong enough to sustain itself without any novelty in its premise.