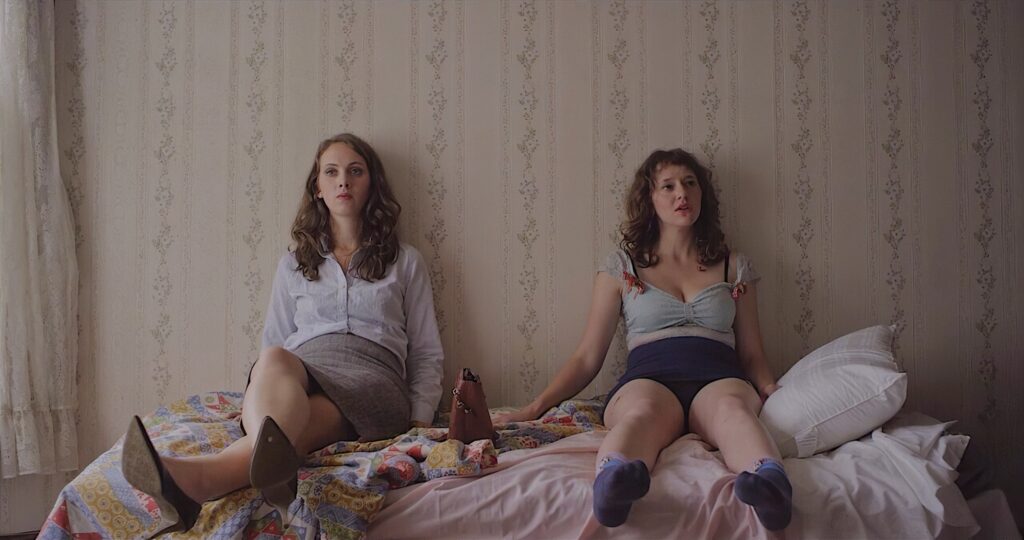 Grief has a way of bringing people together who wouldn’t otherwise spend more than a few moments in each other’s company. The loss of a loved one can put one’s own future in perspective, time itself an ever-fleeting concept. Director Bradley Grant Smith centers Our Father in the wake of a suicide, a father’s death reuniting two sisters on very different paths.

The narrative follows Beta (Baize Buzan) and Zelda (Allison Torem) as they search for their long-lost uncle Jerry (Austin Pendleton), estranged from their broader family for over thirty years. Beta is eager to leave town for grad school in Connecticut in an effort to hit the reset button on her otherwise mundane existence. She and Zelda are not close, using their quest to find Jerry as an effort to spend some time together before going their separate ways.

Smith’s worldbuilding largely appears to be the product of trial and error, throwing bits of quirk at the wall to see what sticks. Little of it does. Scene after scene, Our Father tries to frame itself as an oddball comedy, but the writing falls spectacularly flat after the first few minutes.

This dynamic is exacerbated by the relationship between the film’s leading actresses. Smith deliberately positions Beta and Zelda as having no real relationship, kneecapping his intentions to position Our Father as a buddy comedy. The scattershot pacing never consistently makes rectifying this a priority, draining the narrative’s ability to hit home down the stretch.

Smith rarely seems to understand what he wants to do with his characters. Beta and Zelda frequently looked confused, even bored, on their quest, making it pretty hard to relate to any of them. Aside from Uncle Jerry, the male characters are pretty atrociously written, cringe-filled scenes that don’t really serve any broader purposes.

Pendleton is the sole performer who seems to have any idea what’s going on with the material, delivering a powerful scene in the third act that feels completely divorced from the rest of the narrative. That kind of momentum can’t be sustained for long, and the film doesn’t really have a strong enough foundation to produce any satisfying resolutions. The whole thing is a completely disjointed experience.

Our Father feels like the product of someone who knew how to make a movie but didn’t understand how to tell a story. The narrative alternates between being painfully boring or needlessly obtuse. An unfortunate mess.