Wonder Woman 1984 is a complete mess 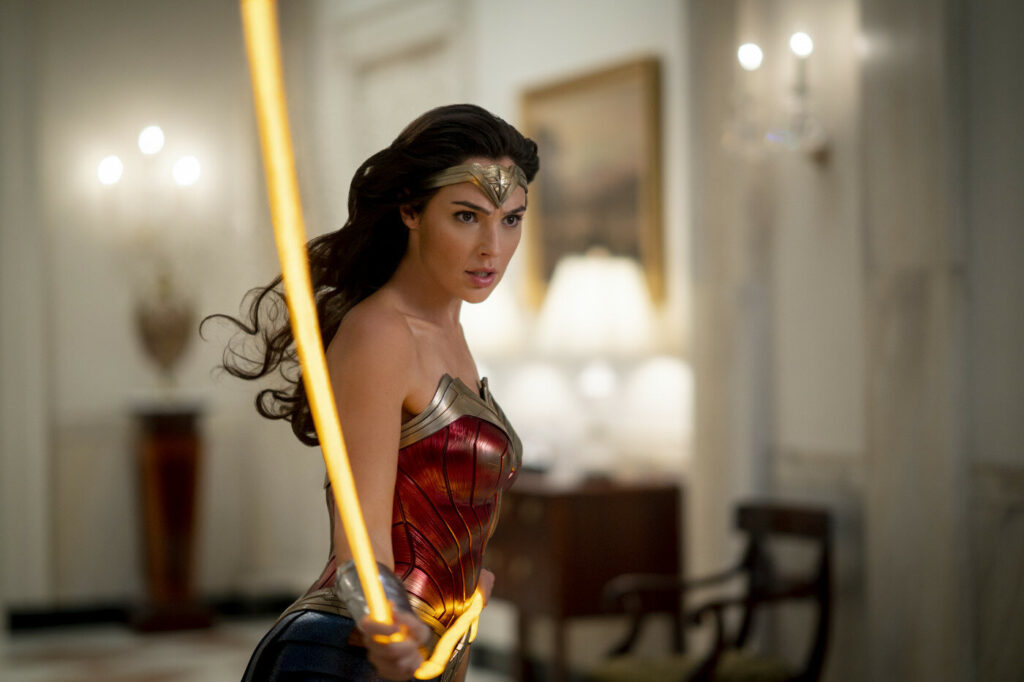 Superhero franchises often peak with their sophomore installments. Spider-Man 2, X2: X-Men United, Batman Returns, The Dark Knight, and Captain America: The Winter Soldier succeeded at least in part through an understanding of the opportunity that sequels push harder into their respective ethos, without the weight of origin stories. The stage is already set up.

Wonder Woman 1984 never really understands what it wants to do with its title hero. Diana is adrift in the 1980s, still mourning Steve Trevor’s death, decades earlier. Grief is a natural human emotion. Superheroes are supposed to be relatable, but there’s something inherently jarring about the idea that an ageless warrior would spend close to seventy years upset about one man.

The film centers itself in Diana’s professional life, working as an anthropologist in Washington D.C. Diana still masquerades as Wonder Woman, mostly handling small-scale issues like mall crimes, taking great care to destroy any security camera footage that would give her maskless face away. Professionally, she seems to be doing okay, albeit dragging around the baggage of a normal human lifespan’s worth of grief.

Kristen Wiig largely carries the film as Diana’s coworker Barbara Minerva, Wonder Woman’s arch-nemesis Cheetah. Barbara is insecure, desperate to carry herself with half the poise of Diana, a dynamic that forces the viewer to see the sullen title hero as a figure worthy of envy. That lust serves as the catalyst for the whole film, manifested through a stone recovered from a foiled robbery.

The “dreamstone” is the object of intense desire for Maxwell Lord (Pedro Pascal), a made-for-TV businessman armed with a war-chest of Reaganomics cliches and thinly-veiled Donald Trump impressions. Pascal is fun, working great opposite Wiig. Director Patty Jenkins provides plenty of scenes to flesh out Lord beyond his Wall Street caricature.

At a certain point, the scenes fully fleshing out Minerva and Lord become a bit excessive, exacerbated by Jenkins’ uncertainty with regard to Diana. Wonder Woman 1984 belongs less to Wonder Woman as a character than it does to Wonder Woman, its predecessor. This is a 151-minute-long feature designed to help its lead get over the events of the past film, close to seventy years after the fact.

The 80s setting serves no function other than to evoke nostalgia for shopping malls and brightly colored leotards. There is no point where the film tries to justify its time period, increasingly awkward as the narrative lugs around the first film like an anchor weighing the whole experience down. There are too many scenes that don’t serve any broader purpose, which might have been okay if it wasn’t so boring most of the time.

Chris Pine makes for a very good Steve Trevor. This notion should in theory operate independent of the question of whether or not this long-dead love interest should play a major role in a sequel, where he is still very much deceased. Trevor isn’t just out of place here. His presence practically sinks the entire movie.

Worst of all, Jenkins could’ve essentially cut out all of Trevor’s scenes without fundamentally changing the narrative. Such a decision would’ve produced a much more palatable runtime, a sorry state of affairs for a film that pretty much solely relies on its two villains for entertaining moments. Gal Gadot is pretty adrift throughout the whole ordeal, shrugging her shoulders at the notion that this should be her movie.

Wonder Woman is the most iconic female superhero of all time. Jenkins kneecapped her feminist hero by forcing Diana to channel every emotion through the prism of a man. The movie never really decides on a path for Diana, despite a lengthy flashback opener ostensibly designed to set those intentions.

Wonder Woman 1984 is a meandering slog that evokes little other than pity for its title hero. Diana deserves better than this too-often joyless mess of a narrative. One of the most disappointing superhero movies of all time. There is nothing inspirational here.

« The Mandalorian Season 2 Review: Chapter 16
Soul is a touching film that doesn’t tug too hard on the heartstrings »