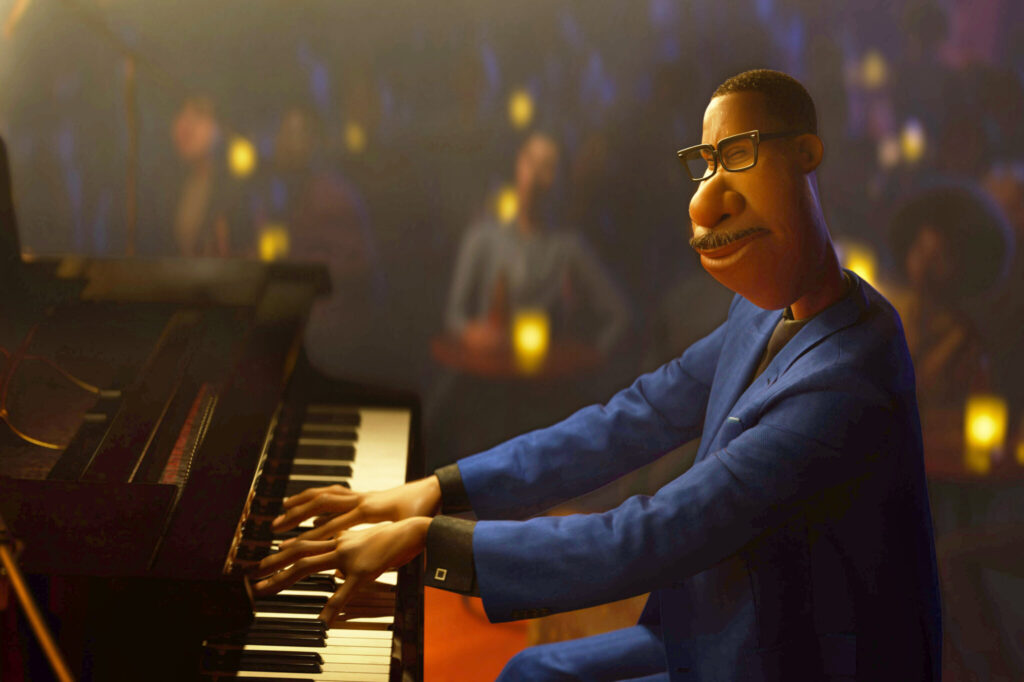 Pixar has a knack for tackling the existential. Most of the themes present in Soul are bound to be foreign to the younger members of the audience who haven’t necessarily had to grapple with grown-ups struggles yet. Many have tried to figure out “the meaning of life,” with varying degrees of success toward a somewhat unanswerable question.

The film follows Joe Gardner (Jamie Foxx), a jazz musician who works as a middle school music teacher to support himself. Teaching full-time presents stability that musicians rarely enjoy, but Joe isn’t quite ready to give up on his true passion. Consumed with the prospects of playing a gig with the popular Dorothea Williams (Angela Bassett), Joe accidentally falls down a manhole, sending him to the “great beyond.”

An effort to cheat death lands him in the realm of pre-existence, where spirits named Jerry mentor young souls before they head off to the world for their own adventures. One soul, 22 (Tina Fey), doesn’t see the point in the great adventure called life. An effort to get to the bottom of this great mystery creates a bit of a Freaky Friday moment, leading to a fun and thoughtful adventure for Joe and 22.

Foxx and Fey have quick chemistry, a rapport designed to carry just about any feature. Pixar’s always-spectacular animation eases the burden on the leads, crafting a delightful narrative that breezes through its 90-minute runtime. Soul has one of the most satisfying third acts of any Pixar feature.

There are morals in the film that have been pretty thoroughly explored by other Disney films. The overall messaging might be a little lost on younger kids, passion being a concept that takes maturity to appreciate. Soul manages to speak to its broad demographics simultaneously, never letting weighty themes drag down its engaging narrative.

Disney loves talking about death, scarring countless children by killing off its protagonists’ parents. For a film that partially takes place in the afterlife, Soul doesn’t really concern itself with death. Instead, the film offers a celebration of life that doesn’t tug too hard on the heartstrings. It’s weird to be moved by a Pixar film that doesn’t really try to make you cry.

Pixar has aimed for more ambitious goals than Soul, but the first-rate nature of its craftmanship ensures that this film belongs in its upper echelon. Soul is a thoroughly satisfying narrative. Sometimes the wheel doesn’t need to be reinvented to make for a worthwhile experience.