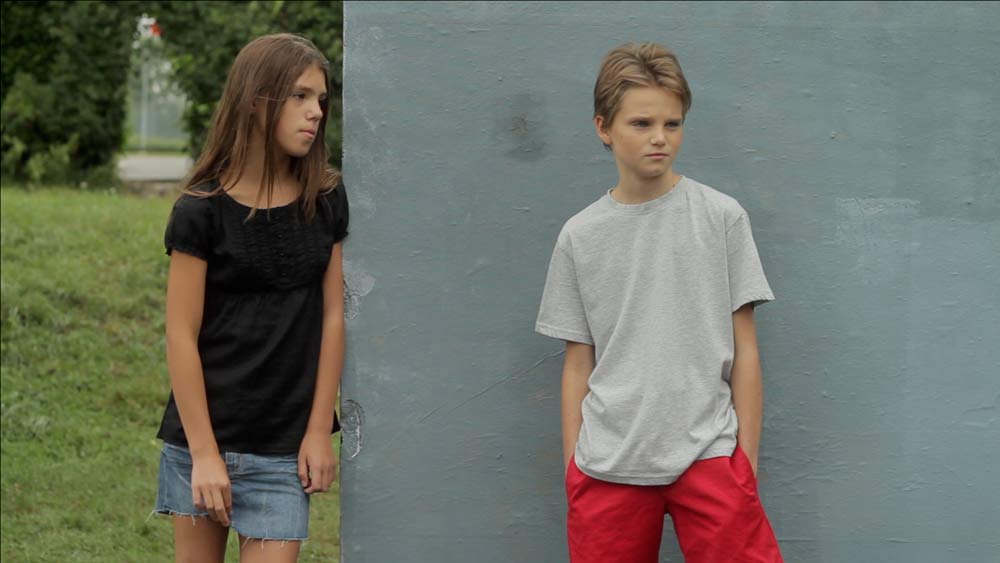 Gender nonconformity in children remains a highly controversial issue in the fight for transgender equality. Supporters of LGBTQ rights are often accused of wishing for the “transing” of children, putting aside the rather obvious point that all transgender adults were at one point, children themselves. Gender-affirming care is a proven method for alleviating gender dysphoria.

The 2011 film Tomboy features a young ten-year old child, assigned female at birth, named Laure (Zoé Héran) who adopts the identity of Mickäel as he plays with new friends in a small French town. Mickäel might be trans, a point the film leaves unclear. That clarity is not really all that important, as Mickäel would be too young for any kind of treatment other than a social transition, which makes up the bulk of the narrative.

Mickäel spends his summer playing with the local kids in his apartment building, successfully integrating himself into their social framework, even earning the romantic affections of his neighbor Lisa (Jeanne Disson). Mickäel lives a happy life, supported by his six-year-old sister Jeanne (Malonn Lévana) in a highly impressive performance by the young actress.

With school just around the horizon, Mickäel’s secret can’t stay safe forever. Director Céline Sciamma does an excellent job depicting the social dynamics of the young play group, crafting a quite compelling film with minimalist aesthetics. The film works really well for a while without much of a story, powered by some phenomenal acting.

Tomboy falls apart when it comes time to deal with the stakes at hand, an irresponsibly rushed third act that squanders the film’s ample goodwill. Films need conflict, but Sciamma doesn’t seem all that concerned with tackling the issues she presents to her audience so much as she looks eager to wrap the thing up. There’s so much depth to the family construct that goes totally ignored in favor of cheap sequences that play too hard for shock value.

Films obviously don’t need happy endings. Children can experience heartbreak and misery just as anyone else can. Sciamma plays fast and loose with her narrative in such a way that undercuts its beauty. The world is a cruel place, but there should be some semblance of an explanation for depicting such malice on screen. Sciamma throws it out there without bothering to explain or defend her film’s actions.

Whether Mickäel is trans is not really the point, though anyone looking to answer with a definitive no should look no further than a clay appendage inserted into one’s modified swimsuit. The child clearly displayed feelings of gender dysphoria. What comes after that really isn’t the point, as the film only covers brief snippets of Mickäel’s life.

The portion that we do get to see includes a lot of irresponsible parenting, a bizarre narrative decision. Sciamma clearly wants to explore gender diversity, but she’s completely careless in her approach. Tomboy is a well-crafted film, but one devoid of the kind of compassion desperately needed in these types of situations.