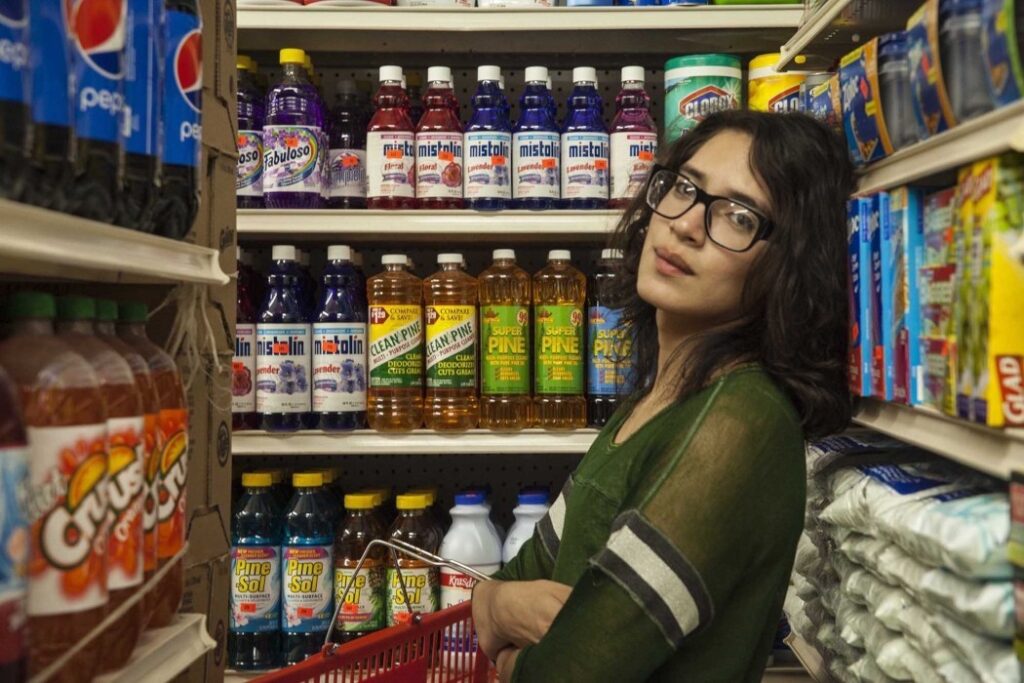 The past few years have seen a push for narratives focusing on the transgender community to strive beyond the misery that has unfortunately dominated our stories. The transgender experience is more than a parade of misfortune, constant harassment and bigotry. Watching The Garden Left Behind, one might not be so sure of that.

Tina (Carlie Guevara) is a transgender woman struggling to support herself and her grandmother (Miriam Cruz) in New York City. Life as an undocumented immigrant presents many unique challenges for her transition, limiting her access to healthcare and job opportunities. Tina has a good support system with her friends, but lingers in a clearly abusive relationship.

Director Flavio Alves deserves a lot of credit for meticulously crafting an authentic trans narrative. There are plenty of actual transgender actors playing the roles, hardly a given in film.   Guevara works wonders with the material, bringing a degree of authenticity desperately needed with the film’s rather wooden script.

The Garden Left Behind suffers from an unclear sense of purpose. The narrative bites off way more than it can chew in a ninety-minute runtime. Broadly, it mostly centers around Tina’s quest to go on hormones, but there are several scenes dedicated to broader trans activism that feel out of place. The film repeatedly makes the mistake of thinking it has to weigh in on every element of the trans experience, often at the expense of Tina’s story.

Alves leaves far too much on the table regarding Tina’s relationship with her grandmother, a loving woman understandably confused by her granddaughter’s transition. This dynamic is needlessly complicated, culminating in a truly bizarre scene between Tina’s grandmother and one of her friends, which should have involved Tina herself given the turn of the narrative.

Compelling performances bolster a lackluster script that plays too hard for shock value. Alves’ film is worth a watch for cisgender people, but trans folk may want to avoid. The Garden Left Behind represents a step forward for trans visibility on screen, but the narrative bites off way more than it can chew.

the garden left behind