Homeland Ends with a Thud 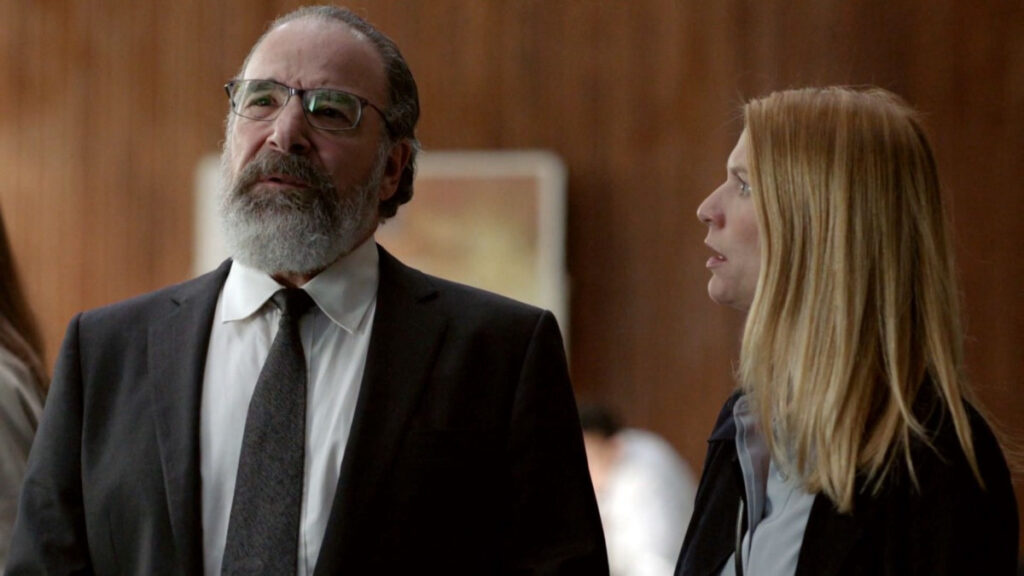 The world has changed quite a bit since Homeland premiered in 2011. The series has had to adapt to a landscape where a completely incompetent executive branch feels less and less outlandish. In the world of alternative facts, fiction has an uphill battle to compete with reality.

For a show that had its fair share of ups and downs over the course of its eight seasons, Homeland worked best when it focused on its characters. Claire Danes and Mandy Patankin often carried the series, aided by superb supporting players such as Rupert Fiend and F. Murray Abraham. With figures such as Nicholas Brody, Peter Quinn, and Dar Adal long absent from the fold, a final adventure with Carrie Mathison and Saul Berenson seemed like just what the show needed as it prepared for the endgame.

Most of season eight focused on a tug-of-war over a flight recorder of a downed helicopter that killed the presidents of America and Pakistan. Considering that previous seasons have featured hacked pacemakers and CIA car bombs, it does seem fairly radical for the show to feature a mundane explanation for the helicopter crash devoid of terrorism or Russian interference. Carrie’s ability to retrieve the device, irrefutable evidence for a president eager to entertain the counsel of the far-right, meant the difference between war and peace.

Homeland has repeatedly emphasized the power of the individual to change the world. Carrie, Saul, Brody, and Quinn each changed the course of history through their actions. Carrie embodied everything that James Bond has exemplified over his fifty-year tenure. Homeland worked best when Carrie was a kick-ass spy.

Season eight featured a completely unhinged Carrie, not just because of her bipolar disorder that the show often treats like a superpower. Carrie spent most of the season wandering Pakistan, in bed with the Russians, untethered from the confines of American foreign policy. It might have been fun if it wasn’t so aimless.

The pacing for the whole season was completely off, an issue that became far more of a problem as Carrie and Saul returned to America. The season never really felt like it had twelve episodes’ worth of story, but still managed to feel rushed by the end. Worst of all, Homeland pulled the tired trope of the mystery-asset, unbeknownst to Carrie for the duration of the series. Such a secret completely undercuts the relationship between Carrie and Saul that served as the bedrock for the show.

Suspension of disbelief is important for practically all spy narratives. There are little things here and there that Homeland could be forgiven for, such as Saul’s lack of security detail despite being National Security Adviser, especially after the death of a president. The series finale expects the audience to believe that Carrie, currently charged as an accessory to murder of that same president, is staying in Saul’s home without anyone batting an eye. That’s really just the tip of the iceberg for the plot holes, including a UN basement shootout, that become apparent in the absence of substance.

Homeland went out with a whimper, a final season lazily crafted as a betrayal of the show’s key relationship. Carrie didn’t need to go out as the hero or the villain, though one or the other might have been nice. Instead, there’s an aura of indifference that hangs over the head of the protagonist as she leaves America for presumably the last time. Like her daughter Frannie, Carrie’s legacy is largely left forgotten as the series limps toward its final bow.

Homeland was terrible as often as it was great. Eight seasons is a long time to be on the air. Final seasons generally work best when they remind the audience of why they fell in love with the show in the first place. For Homeland, season eight represented all the reasons why this show leaves behind such a complicated legacy.

« The Garden Left Behind Is a Compelling Transgender Narrative with Lofty Ambitions
Classic Film: In a Lonely Place »