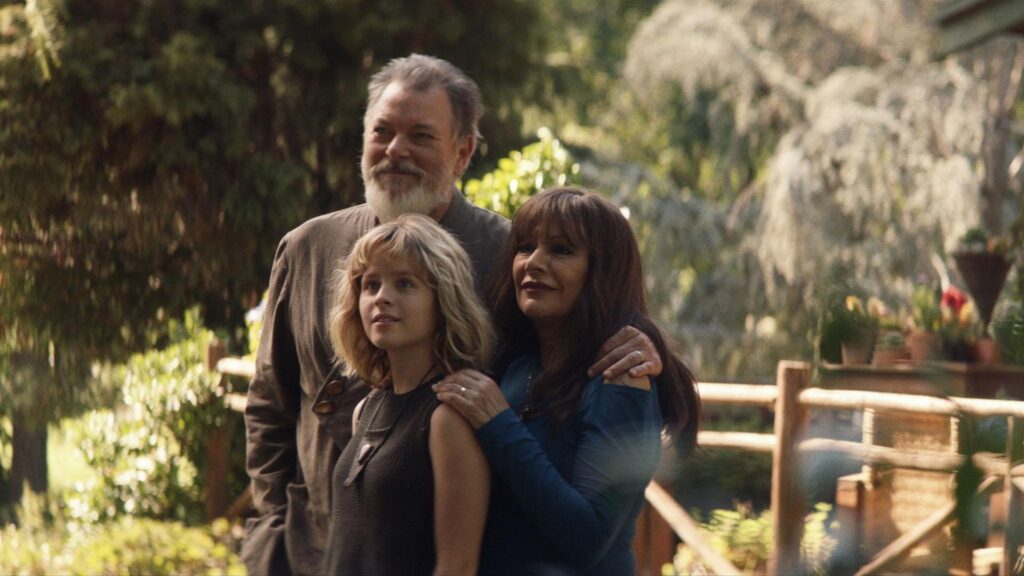 The very premise of Star Trek: Picard fulfilled a longtime wish for many Trek fans. Jean-Luc may be one of the most popular characters in the franchise, but the episodic adventures in Star Trek: The Next Generation frequently impeded the character development that would fully utilize the talents of an actor like Patrick Stewart. Serialization offered a chance to take the character to new horizons glimpsed in TNG episodes like “Family” and “The Inner Light.” Unfortunately, the series just doesn’t seem to know where to take him.

Picard is a series that can’t resist the allures of the past, often at the expense of its own narrative and original characters. This dynamic creates strain on the necessary exposition for the other series regulars, forced to eat up large chunks of episodes while leaving barely any room for the plot to move forward. The story moves at a glacier-slow pace, not exactly a great development for a spin-off of a show that almost always wrapped up its conflicts by the end of each episode.

Raffi (Michelle Hurd) and Rios (Santiago Cabrera) are both interesting characters, but episodes like “Broken Pieces” expose the series’ broader flaw. With such slow pacing, why would anyone who loves Star Trek want to sit and watch two people sitting on the floor of their ship bonding over their various life problems? The presentation of the new characters is bound to please nobody, a problem exacerbated by the fact that the premise of Picard isn’t exactly welcoming to new fans. For a show that’s only supposed to last a few seasons, there’s a lot of time wasted on slow-walking.

The very nature of the “daughters of Data” plotline feels quite perfunctory, a mere excuse to bring Picard out of retirement for one final ride. Data obviously means a great deal to Jean-Luc, but Soji (Isa Briones) is essentially just used as a vessel for android nostalgia. The show hasn’t given the Romulan “Artifact” narrative the time it deserves, leaving it to come across as a poor imitation of Section 31. The whole story is just a big mess.

Nostalgia can be a very toxic force in art. Picard utilized an easy opportunity to bring back fan favorites like Riker (Jonathan Frakes) and Troi (Marina Sirtis), but it’s unclear why others like Hugh (Jonathan Del Arco) or Bruce Maddox (John Ales), very minor characters in TNG, received so much attention when the show has its own roster of characters to worry about. All the time spent playing “remember when…” adds up pretty quickly over the course of a ten-episode season.

Picard has managed to give one legacy character a substantive arc. Though Seven of Nine (Jeri Ryan) had never interacted on screen with Picard prior to the series, the show has given the Voyager star plenty of moments to shine. Seven feels organic to the plot, exploring some of her old themes with regard to the Borg in a way that actually feels productive.

As for the rest of Picard, the show is a deeply frustrating experience. This is the first new Star Trek production that isn’t a prequel or reboot in close to twenty years. The world has changed quite a bit since the destruction of Romulus. So far, we haven’t really been given an opportunity to explore that.

Star Trek: Picard has all the makings of a prestige series. The sets are beautiful and the cast is excellent. Unfortunately, the pacing is just a total mess. As a captain, Jean-Luc Picard was thoroughly prepared for anything. It’s not too much to expect a series bearing his name to possess the same amount of diligence.

« The Mimic Is an Entertaining Comedy Powered by Strong Lead Performances
Marcel Duchamp: The Art of the Possible Provides a Thorough Look at the Artist’s Career »