Marcel Duchamp: The Art of the Possible Provides a Thorough Look at the Artist’s Career 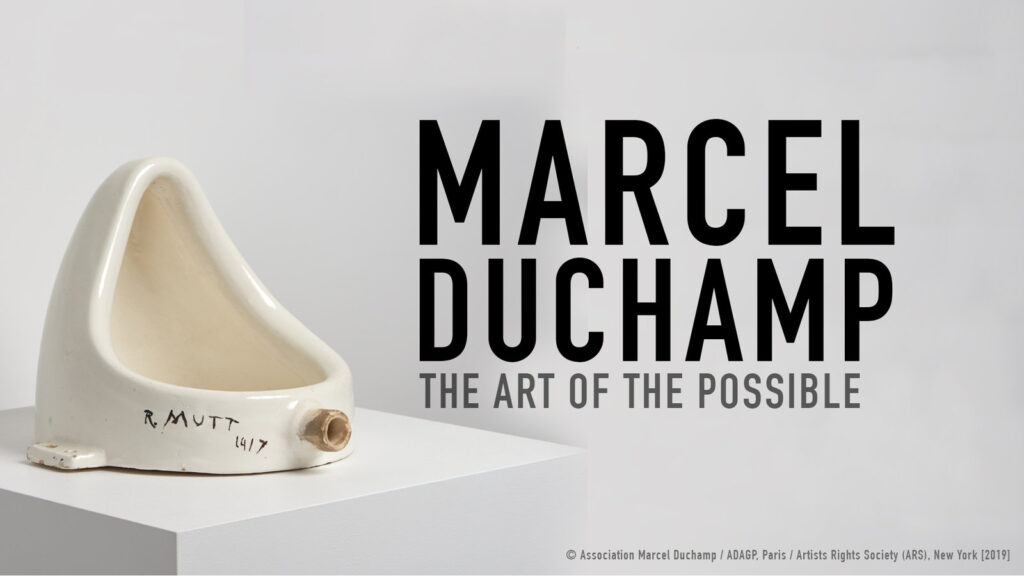 Part of the fun of learning about Marcel Duchamp is through all the ways he transgressed the artistic community, particularly those seeking to curate its collective tastes. The man who crafted the eminently beautiful Nude Descending a Staircase, No. 2 also willed Fountain into existence, a urinal signed under a pseudonym. The documentary Marcel Duchamp: The Art of the Possible aims to shed some light on his storied career.

The documentary covers an impressive amount of ground, from his early days as a working artist in Paris to his later success in America. The documentary wastes little time on his upbringing, instead dedicating the bulk of the runtime to his artistic portfolio. Duchamp lived a very fascinating life. The film does a good job pacing itself through a number of quite complex subjects.

Duchamp helped flip the script on the notion of the canon, submitting works like Fountain to contests that billed themselves as “juryless,” yet still rejected his piece seemingly on its merits, a puzzling contradiction. The film does a great job explaining how Duchamp valued the importance of an audience in receiving the work, themselves taking part in the artistic process. It’s a dynamic that plays very well on screen, as the audience watching at home must also play a role in receiving the material.

Practically the entire documentary is presented through a collection of talking heads interviews, with images of Duchamp and his work constantly shown on screen. There’s a certain practicality to this approach, needing to present and explain vast amounts of content in a limited amount of time. The consistency of this approach does get a little boring at times, maybe a bit too repetitive for its own good.

There is also a sense of irony in having esteemed members of the artistic community present their takes on Duchamp for the whole narrative, giving the canon the final word. Duchamp is hardly presented as a man who would be very fond of this approach. For a man who spent his life innovating his medium, The Art of the Possible feels a bit bland in presenting a narrative that essentially looks like an extended cut of the kind of preview film that would be shown at an actual museum.

The Art of the Possible thoroughly tackles Duchamp’s career, albeit through a traditional method at odds with its subject. It doesn’t seek to embody Duchamp’s methods, but it is a worthwhile watch for people interested in learning more about his work. A more creative narrative might have tried to flip the script, but Duchamp’s life is pretty wild as it is.