A Horrendous Script Hinders Go Back to China 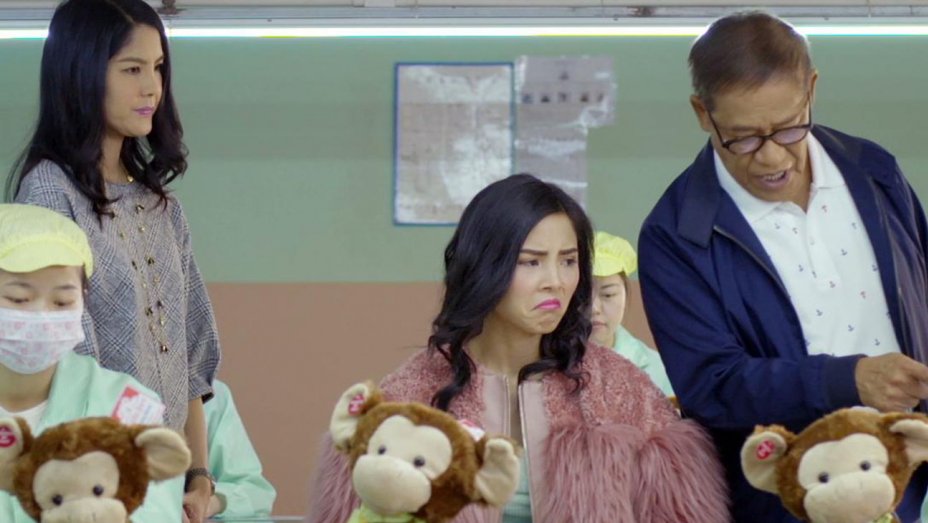 A film like Go Back to China demonstrates early on the universality of coming of age narratives. Regardless of culture, the wishes of one’s parents operate like an orbital pull in many young people’s lives. Obviously the situation is a bit exacerbated when you’re financially dependent on your wealthy toy tycoon father to bankroll your spending habits.

Sasha (Anna Akana) is a pretty spoiled young woman living in Los Angeles. She wants a career in fashion, but isn’t a huge fan of the expected grind required to get here there. A phone call from her father Teddy (Richard Ng), urging her to come to China to work for a year, starts off as a nagging request that’s easy to blow off. That is, until Teddy cuts her off from her trust fund, forcing Sasha to fly across the world to learn the ins and outs of toy manufacturing.

Akana is mostly engaging in the lead role, playing Sasha with enough charm to help buoy the exceedingly privileged character throughout the story. Sasha is not particularly sympathetic, but Akana is an expressive actress capable of salvaging scenes where her character comes across rather poorly. There are some scenes where she looks quite bored, going through predictable motions, but that’s a broader problem with the film as a whole.

Director and screenwriter Emily Ting does a superb job with the production values. Go Back to China is a well-crafted film completely undone by a horrendous screenplay. Ting dumps loads of exposition in many of the scenes, forcing the actors to interact in situations that don’t look anything like normal human conversation.

The whole dynamic becomes a bit jarring after a while, a film with greats sets, lighting, and sound design that give it the feel of a first class production. That is, until you actually have to listen to the things these characters are saying that totally rip you out of the moment, instead forcing one’s attention toward all the ways this clunky script fails in its purpose. Plenty of indies struggle with their budgets, the results blatant on screen. Go Back to China doesn’t have this problem, which makes it even sadder to see such a bad screenplay.

There’s a lot to like in the way Ting frames her characters. Teddy is a pretty bad father and not a very nice man, but he’s a three-dimensional figure with a lot of depth. Ting allows Sasha to fully immerse herself in her environment without such frivolities like a romantic interest. The pieces of a great movie are almost all there, except the most glaring issue.

Go Back to China may carry some appeal for fans of coming of age narratives, but it’s a hard film to recommend. On the surface, the movie does everything it can to distinguish itself from a crowded indie film, dragged down by a screenplay that squarely rests in “made for TV” feature territory. It’s a tough sin to forgive because it’s an inexcusable offense. When everything else came together, Go Back to China lost its voice in a sea of clunky exposition.

go back to china

« F*!#ing Adelaide Is a Funny, Heartfelt Look at Family Dynamics
Onward Is a Perfectly Fine Film from a Studio Capable of Better »