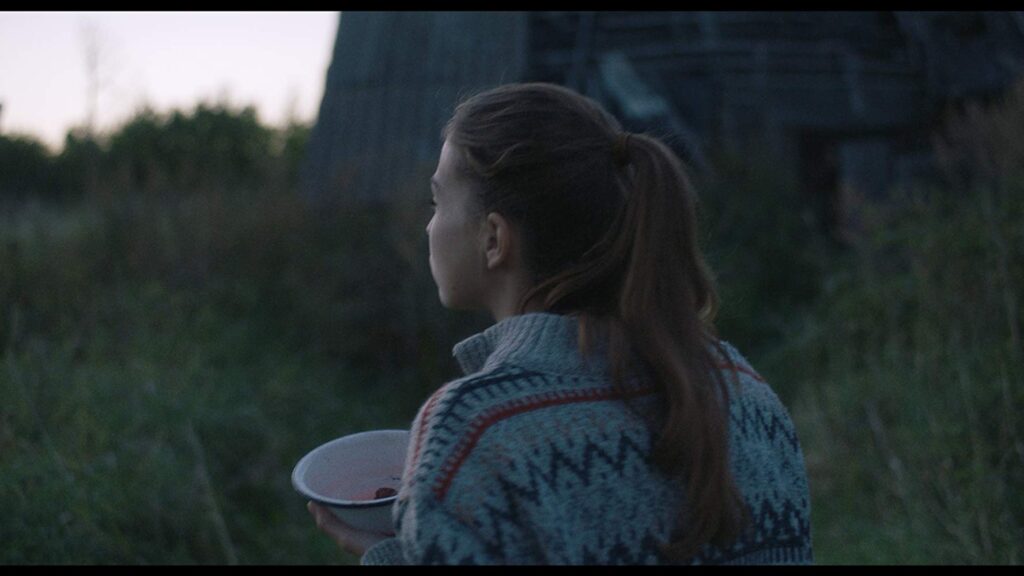 The tragedy of Chernobyl has been depicted many times in film. 1986 takes a bit of a different
approach, a modern day drama featuring characters with bigger problems than the aftermath
of the disaster. For them, what happened is just another fact of life, something of intrigue and
occasionally, opportunity.

Elena (Daria Mureeva) is a student living in Belarus, juggling a few unfortunate predicaments.
Her shady father is suddenly arrested, leaving her to carry out his illegal businesses that take
her through Chernobyl’s exclusion zone. To make matters worse, she’s in a complicated
relationship with her boyfriend Victor.

Director Lothar Herzog keeps most of the film’s focus on Elena. She is the film’s sole compelling
character, a young woman who has to put up with the disrespect of a male-dominated criminal
underground. She’s strong-willed and proud, intending to show her father’s associates that
she’s more than up to the task of carrying on his business.

Mureeva is a compelling lead, showcasing her range quite a bit through the film’s short
runtime. Elena is constantly thrown into vulnerable scenarios, full of conflicting emotions in the
realms of pride and passion. 1986 does a good job of keeping the audience guessing with how
Elena will react to each scenario.

Where the film is less effective is in presenting a complete story. Herzog throws the audience
right into the thick of things, a refreshing approach light on exposition. We don’t really need to
know the full backstory of her father to relate to Elena. The film runs into trouble with the
progression of its own story.

1986 is effective at presenting scenes in Elena’s life, but the film struggles to tie them together
as a complete narrative. The story feels rushed, hindered by a half-baked love story that
doesn’t do much for Elena as a character. It’s not a crime thriller or a romance narrative, but
the emphasis on those two strands comes at a cost to the development of Elena.

The film’s relationship to Chernobyl is also kind of puzzling. Herzog doesn’t use the tragedy as a
plot device, but Elena’s connection to the disaster-zone doesn’t feel entirely earned either. It’s
as if 1986 had nowhere else to turn but the serenity of a quiet forest, albeit one brimming with
radiation.

1986 is a complicated film to digest, one that stumbles a bit too much down the stretch. At only
seventy-six minutes, much of this can be blamed on the runtime. Herzog’s film has a lot going
for it, but it’s easier to admire its individual pieces than to love its collective whole.