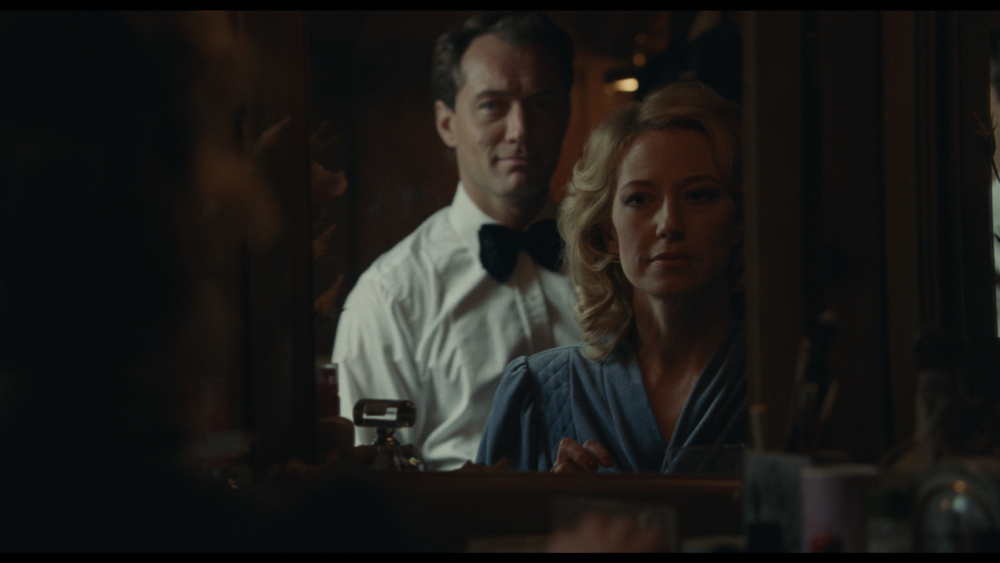 Photo credit: The Nest. Photo courtesy of the Sundance Institute.

The tale of the capitalist Icarus, who pursued a wealthy status to the heart of the bankruptcy sun, has been told many times before. These men are often insufferable, but the audience is generally given some semblance of a reason to care. The Nest isn’t a big fan of excuses for its detestable leading man, himself full of nonsense. Unfortunately, the film has little interesting to say about him.

Rory (Jude Law) is a British brazen commodities broker perpetually in search of the next big deal. Smaller tasks, like actually doing his job, are of no concern. Rory doesn’t care about getting on base. He only wants to hit home runs.

This dynamic is exhausting for his wife Allison (Carrie Coon), a horse-loving American who’s reluctant to move their family across the pond to a place with bridges that Rory hasn’t burned yet. Times are tough, but it’s not because the economy isn’t good. The Reaganomics of the 80s worked wonders for the elites, but Rory has a habit of spending well beyond his means. He buys a big, rundown country estate for their family of four to live in, failing to understand the pitfalls of endless extravagance.

Writer and director Sean Durkin frames The Nest as an intimate family drama. There are sprinkles of finance jargon here and there in Rory’s office scenes, but the real action takes place at the mansion, where Allison struggles to keep things together as their bank accounts widdle down to nothing.

Jude Law is one of the most charming actors on the planet. To some extent, Rory is meant to be played as an over-the-hill salesman with a once-dynamic sense of charisma. Problem is, Rory is absolutely insufferable. The stink of his nonsense wafts through the screen to the audience, an obvious grifter. The characters understand this, but the film doesn’t really want to do anything interesting with its lead.

Coon is the film’s entire emotional core. Allison is the most aware of Rory’s negative traits, doing her best to reign him in. While Rory doesn’t change all that much, we see Allison slowly deteriorate, experiencing the inevitable that she saw coming a mile away and yet was powerless to stop. The Nest works best when it grapples with the idea of how much control one partner has when completely shut out from the other.

The film has a couple subplots that don’t really go anywhere. There’s a weird, gross fascination with horses that doesn’t really add anything to the narrative. The children’s plotlines are also half-baked, coming across as filler. As Samantha, Oona Roche shines in a subplot full of teen angst, but the film is never really all that interested in her as a character. Its attention seems more directed at her radio, constantly belting out 80s New Wave.

The script is okay. The dialogue is pretty good, but Durkin has no sense of pacing. The film meanders for about 100 minutes before deciding it needed to arrive at something resembling a conclusion. It just doesn’t work very well.

The Nest is a pretty watchable family drama. It’s a major letdown considering the talent involved. Rory may have thought he was able to charm his way out of any scenario, but the film has an unfortunate way of mirroring his failures. There’s no charm here, only a self-important narrative that doesn’t feel the need to grow.