The Mandalorian Season One Review: Chapter 3 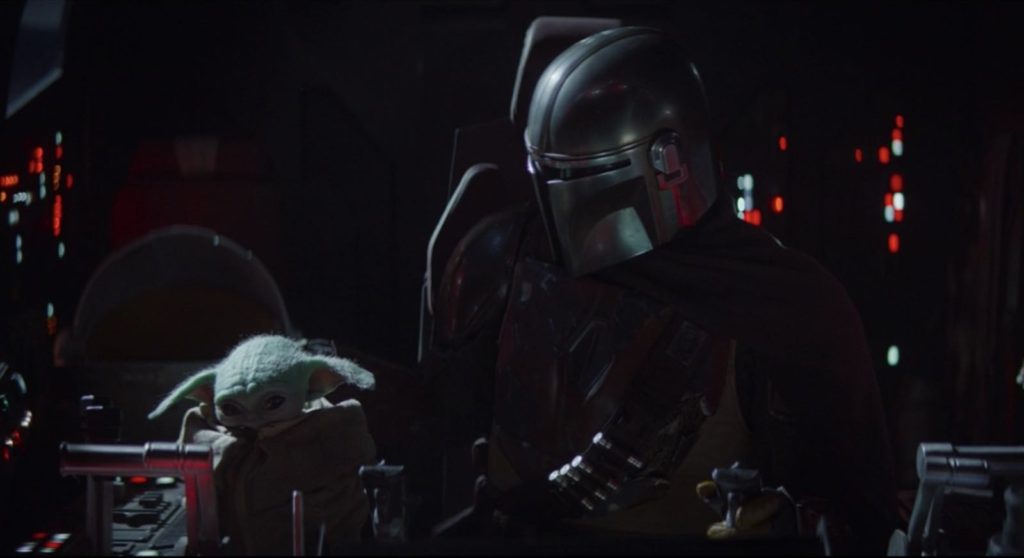 The breakout sensation that is Baby Yoda does not need much of an explanation. The audience knows absolutely nothing about this character, no name, no species, and certainly no backstory. None of that really matters since the character is one of the most adorable creatures in Star Wars history. There is perhaps another reason why this character has won over the hearts of so many in such a short period of time.

As a franchise, Star Wars evokes a lot of emotion from its fans. People passionately dissect every new minute of content entered into this canon for a very simple reason. They care.

The Mandalorian doesn’t give its viewers many outlets to channel that intense emotion. Its title character has yet to show his face. This isn’t a particularly dialogue-heavy show, dispensing character development in incredibly small doses. Baby Yoda captures the audience’s attention through its sheer cuteness, but also because there hasn’t been anything else presented to care about.

Chapter 3: The Sin was a very effective episode, delivering subtle nodes of character development while also establishing the clear arc of the narrative. Wisely, the show is doubling down on Baby Yoda, who won over the Mandalorian while playfully tampering with his ship’s controls. Every scene featuring Baby Yoda is like an instant endorphin rush.

The whole Mandalorian guild is a little silly, a bit too reminiscent of the Jedi Order. Why do all of these people wear their masks at all times? Don’t the insides start to smell?

At least we finally got a female character with a speaking role. Perhaps not coincidentally, this was the first Star Wars live action installment directed by a woman. Deborah Chow did a great job with the episode, particularly with the framing of the action sequences.

Similarly silly was the idea that asking about the bounty is against the Mandalorian “code,” something that was brought up by both The Client and Greef Karga. It’s hardly outside the norm for a bounty hunter to be expected not to care about what happens after payday. There isn’t really a need to mythologize the taboo nature of his line of questioning.

There’s still five more episodes for the Mandalorian to show his face, but it would be a misstep for the show to go the whole season without this reveal. Boba Fett may not have taken off his helmet in the original trilogy, but his father did in Attack of the Clones. The difference between those two roles is that Boba Fett was barely even a character in Empire Strikes Back and Return of the Jedi, on screen for barely more than five minutes. Here, the Mandalorian is a lead character.

This episode featured a couple fun Star Wars throwbacks. A super battle droid appeared in a flashback sequence from the Mandalorian’s childhood. Best of all was when a patron of the cantina uttered “echuta” at the Mandalorian in response to his success with the bounty, a line first spoken to C-3PO by a fellow protocol droid in Empire Strikes Back. “Echuta” is probably the closest we’ll ever get to Star Wars profanity.

Thankfully, the show looks poised to head to a new planet. The dynamic on the planet that’s probably Tatooine was getting a little old, exacerbated by the lack of compelling characters for the Mandalorian to interact with. Carl Weathers is perfectly serviceable as Karga, but the character simply isn’t that interesting.

The action sequences were a lot of fun. We finally got to see a Mandalorian with a jet pack. It’ll be interesting to see how much the Mandalorian mythology comes into play now that the show is heading off planet, but there’s certainly a lot of unfinished business with regard to the fallout of the Baby Yoda jailbreak. Is the credibility of their whole group shot? Who knows, but the mystery is quite compelling.

This episode was hands down the best of the three so far. A lot of the cast has yet to be introduced, leaving plenty of plot for the remaining five episodes. This episode also put the previous one in context as a standalone adventure rather than simply stalling. As long as there’s plenty of Baby Yoda, it seems safe to say this show will continue to be a hit.

« Season Three of The Crown Lacks Purpose
Bikram: Yogi, Guru, Predator Is a Lesson in the Dangers of Hero-Worshipping »