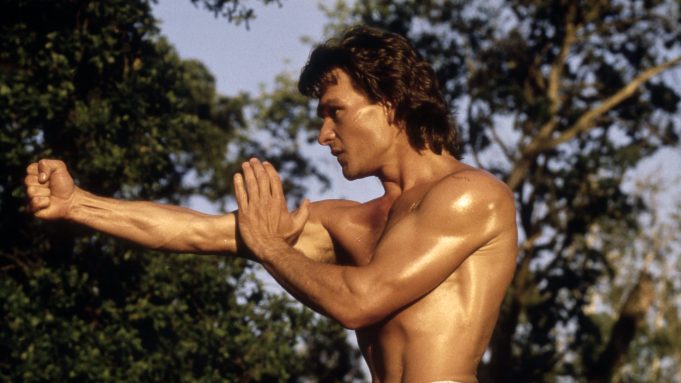 With the muscles of an action star and the grace of a ballet dancer, it’s not too hard to understand the appeal behind Patrick Swayze. The man was one of those rare actors with seemingly universal appeal, capable of being both strong and tender. Part of what made his unfortunate death in 2009 so heartbreaking was the idea that Swayze was a soul of genuine warmth, much like the characters he played in hits like Dirty Dancing and Ghost. The new documentary I Am Patrick Swayze chronicles his life as remembered by the people who knew him best.

The narrative presents a broad overview of his upbringing and career, from the time he spent in his mother’s dance studio through his final on-screen role in The Beast. The film blends intimate interviews with Swayze’s wife, Lisa Niemi, and his brother, Don, with plenty of accounts from the actors he worked with, including Rob Lowe, Sam Elliot, and Demi Moore. Their collective recollections paint an intimate portrait of a man constantly striving for excellence in whatever field he pursued.

While Swayze has been regarded as a heartthrob for decades, the film does an excellent job of capturing why he was so loved by those who knew him. Charm is often a difficult concept to put into words. Alongside archival footage, Niemi and others explain Swayze’s appeal with relative ease.

Plenty of documentaries on Hollywood stars feature tributes from their peers. What sets I Am Patrick Swayze apart is the genuine sense of affection that practically every actor interviewed felt for the man. Lowe and Elliot, in particular, get quite emotional reflecting on their friend, reinforcing the idea that Swayze was just as warm in his private life as he appeared on stage.

Though I Am Patrick Swayze is largely a celebration of his life, the documentary doesn’t shy away from taking a critical lens at times. Niemi recounts the issues Swayze had with drinking, recounting the difficult days of their marriage in an intimate sequence. There is the sense that the film didn’t need to go there, but the narrative is so emotionally driven that the fuller picture hardly feels out of place.

With a focus on Swayze’s early life and death alongside his career, the documentary had to be selective with which films to focus on from his vast body of work. The Outsiders, Dirty Dancing, and Ghost receive the bulk of the attention, understandable given their respective legacies. As a huge fan of Point Break, I would have loved to see a bit more time spent revisiting the action classic, but I Am Patrick Swayze balances its time well.

I Am Patrick Swayze makes you fall in love with the man all over again, a beautiful tribute that eloquently explains his vast appeal. Talent like Swayze doesn’t appear very often. Ten years after his death, the documentary reminds us of all the reasons why he’s missed so much.

« Balancing a Large Roster of Villains, Batman: Hush Offers an Entertaining Mystery
The Boys Flips the Script on Superhero Ethics »