13 Reasons Why Returns to Form in a Messy, Entertaining Third Season 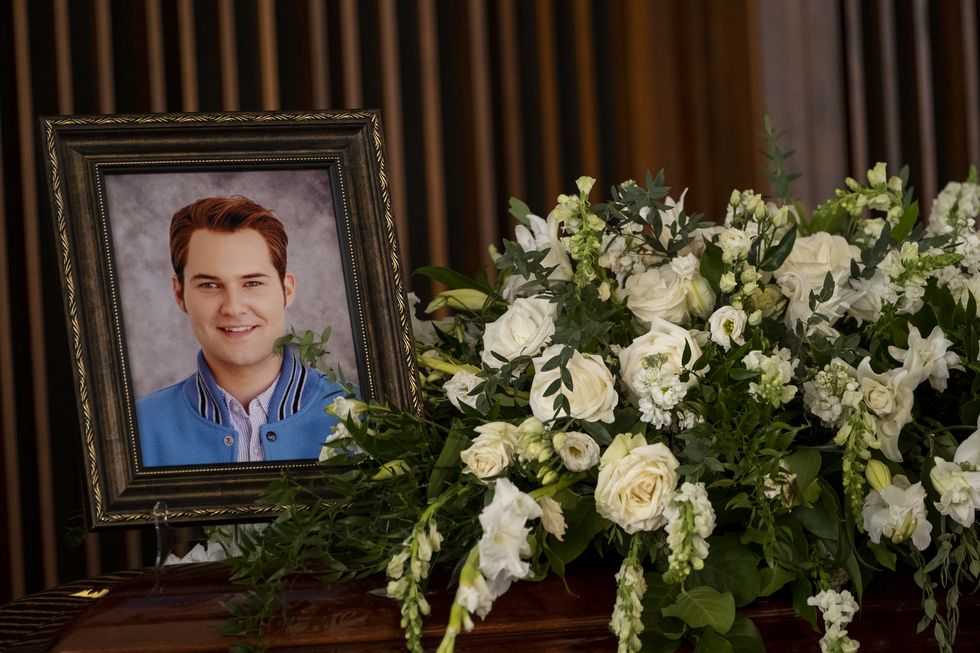 For all the narrative issues surrounding 13 Reasons Why’s lackluster second season, two stood out as the most damaging. Without the tapes to anchor the narrative, the show turned to the Baker’s ill-advised trial against the school to serve as a plot device for each episode. The absence of Hannah’s voice as the narrator was filled with her presence as a ghost haunting Clay (Dylan Minnette). News of Katherine Langford’s departure from the cast allowed 13 Reasons Why to move on from the story it existed to serve, leaving behind a strong group of compelling characters to center the third season around.

A large amount of season three is dedicated to a new character serving as the show’s narrator, a person barely aware of Hannah Baker’s story. Amorowat “Ani” Anysia (Grace Saif), a transfer student to Liberty High finds community among Clay’s friends, who have rallied together in the wake of a narrowly avoided mass shooting. Ani’s home life is a little complicated to say the least, living in the same house as Bryce Walker (Justin Prentice) as her mother cares for his grandfather.

Ani’s presence at the heart of the narrative is way too convenient for the show’s own good. The main plot of season three is the murder mystery surrounding Bryce’s death, with Ani serving as the link between the disgraced rapist and his former life back at Liberty. The connection makes some sense for the sake of the story, but it’s a decision that’s hard to square with what is ostensibly the broader point of this show, to show how the characters are moving on after all they’ve been through. Instead, for whatever reason, much of the post-Hannah era is defined by a brand new character who seems to find herself in practically every scene. That’s bound to be polarizing, even under the best of circumstances.

Season three remains enamored with controversy, presenting a three-dimensional portrait of Bryce Walker via the same types of flashbacks the show used for Hannah’s backstory. The decision to reveal Bryce’s death in the trailers gave the show some leeway to explore his story without appearing completely tasteless, but the narrative has an uncomfortable determination to humanize him. Morality isn’t black and white, but time spent exploring the grey of Bryce comes at the expense of other characters who haven’t spent the show committing brutal rape.

With Ani taking up a large chunk of the screentime, the show was wise to dispense with many of the tertiary tape characters who no longer had a place in the new dynamic, some of whom aren’t even mentioned at all. A big strength of season one was that it started as Clay & Hannah’s narrative, in keeping with the book, but grew to encompass all the characters who stood out over the course of the narrative, namely Jessica, Justin, Tony, Alex, Zach, and Tyler. Once upon a time, the supporting cast had a reason to play second fiddle to Clay’s journey.

The completion of Hannah’s arc left a void, not only at the top of the cast but also for Clay’s sense of plot progression. Ani was brought in to address the first issue, but the show took a puzzling direction for Clay. In the wake of whatever sense of closure he felt after Hannah’s funeral, Clay has developed quite the savior complex. Generally speaking, trained professionals are supposed to be the ones dealing with drug addicts, rape survivors, and potential mass shooters. In the world of 13 Reasons Why, Clay and his band of friends try to save everything, a group dynamic not all that dissimilar from that of Stranger Things.

Season three returns the show to top form, a narrative as delectable as it is irresponsible. Worldbuilding has always been 13 Reasons Why’s strongest asset, crafting a deep lore within its unique interpretation of high school life. These characters have grown to mean so much to each other over the past three seasons, a depth reflected in its immensely talented cast.

The murder mystery works well for the format, giving the show new life through fresh corpses. Regrettably, 13 Reasons Why hasn’t figured out yet that it doesn’t need plot devices for each episode, or thirteen episodes at all, but the investigation into Bryce’s death flows a lot better than last season’s trial. The writing is strong, constantly finding new elements of its characters’ personalities to explore.

There are plenty of frustrating moments to cringe at, especially for a show so painfully aware of the negative attention it has received. The victims heal, while still sharing screen time with their perpetrators in a dynamic that’s bound to make anyone uncomfortable. This season doesn’t do a lot to shed its controversial image besides shedding some of the more viscerally upsetting imagery.

13 Reasons Why isn’t for everyone, but even with its many hiccups, the show remains immensely well-crafted television. The acting is superb, compelling enough to carry the show through some of its weaker moments. The narrative has a habit of stumbling over itself, somehow managing to retain its power. Season three doesn’t correct every wrong of its lackluster sophomore effort, but the show remains one of the most intriguing programs in this crowded TV landscape.