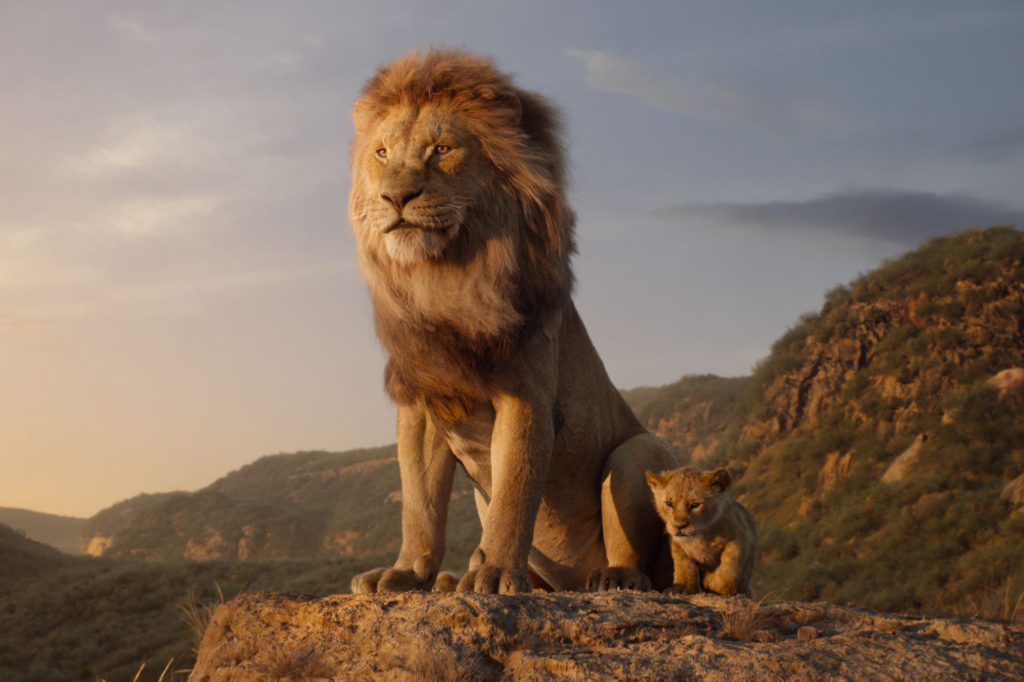 Necessity is a problematic concept with regard to filmmaking. The very idea of asking if a film “needs” to be made opens up a can of worms that can be applied to countless new movies made each year. It’s not as if there has to be an answer either. If a property is valuable, studios look to capitalize on their assets, whether it be in the form of a sequel, reboot, or this latest trend of making live-action adaptations of beloved animated classics.

The original version of The Lion King may have been the best film of the Disney Renaissance. The animation was stunning, the cast was top-notch, and the film was a joy to watch from start to finish. By evoking nodes of Hamlet, the plot added a layer of complexity that plenty of children’s films avoid, instead sticking to more conventional storytelling, the kind of stuff you find in fairytales. Its release in 1994 felt like an important achievement in filmmaking, a high in traditional animation that likely hasn’t been topped to this day.

With that impressive legacy in mind, it’s hard to see what 2019’s The Lion King was trying to achieve. Jon Favreau’s live-action remake is more of less completely tethered to its 1994 source material, though the film itself is about thirty minutes longer. The script hits many of the same notes, with only a few noteworthy deviations.

The photorealistic animation does the script no favors. Unsurprisingly, these animals are far less expressive than their traditionally animated counterparts. The audience is left watching characters deliver lines that everyone knows are coming in a way that lets all the air out. Obviously, these computer images aren’t actual actors, but they still look kind of bored to be there.

Part of what made the 1994 version of The Lion King feel larger than life was the way the musical sequences felt married to the colorful imagery on the screen. The characters performed in grandiose sequences, with the overpowering orchestral numbers daring to overload the senses. Everything felt larger than life.

For the 2019 version of The Lion King, too many of the sequences came across as joyless, almost obligatory in nature. The sound editing does the music no favors, at times feeling more like background music than anything else. It doesn’t help that actors like John Oliver aren’t particularly good singers, and the film doesn’t follow its predecessor’s lead in bringing on additional actors to help with the singing.

The voice acting isn’t really the film’s biggest problem, but The Lion King as a story isn’t particularly conducive to maximizing the talents of an all-star cast. Donald Glover and Beyoncé are fun to watch as the adult Simba and Nala, but that doesn’t change the fact that they don’t appear until the third act. The film does its best to capitalize on the amusing banter between Billy Eichner’s Timon and Seth Rogen’s Pumbaa, but the narrative is too much of a shot-for-shot remake up to that point that it’s hard to see their efforts as anything other than a welcome distraction.

The Lion King overhunts the terrain of its predecessor, a lifeless remake that inhabits the shadowlands of nostalgia. Director Jon Favreau brought something new to the table with his 2016 remake of The Jungle Book. Here, there’s nothing but the memory of one of Disney’s crowning achievements. Films shouldn’t need mandates to exist, but The Lion King never tries to be more than a shell of its predecessor.

« Gordon Ramsay: Uncharted Showcases a Softer Side of the Fiery Chef
John Wick: Chapter 3 – Parabellum Ups The Ante Without Getting Lost in Its Own Lore »