Gordon Ramsay: Uncharted Showcases a Softer Side of the Fiery Chef 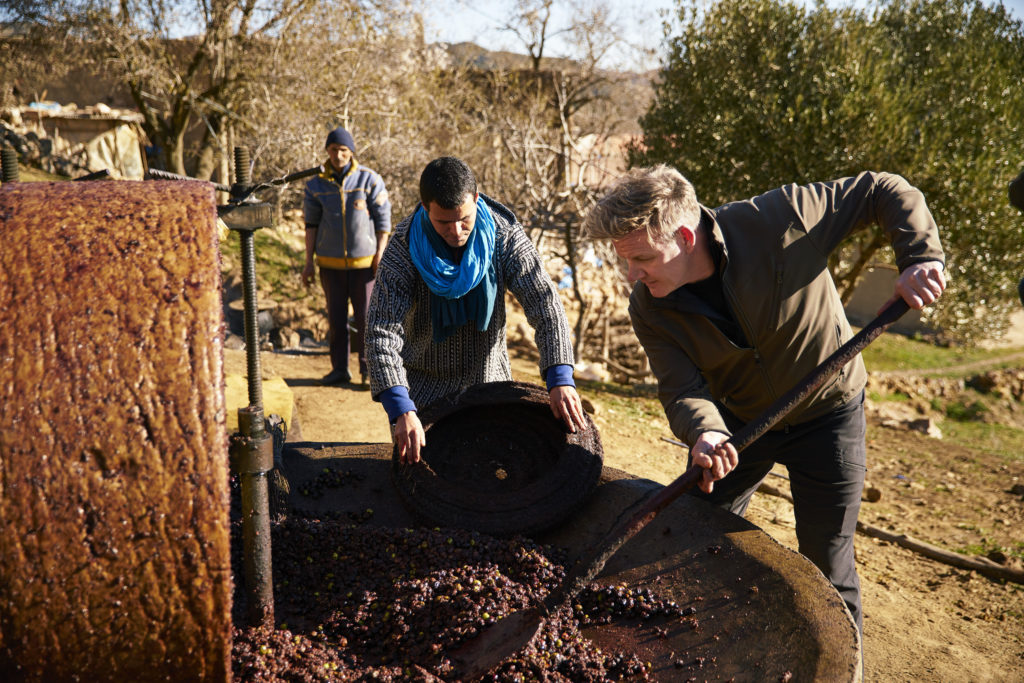 The idea of Gordon Ramsay doing a travel show exploring the foods of different cultures around the world seems a bit ridiculous when you consider the personality attributes that made him popular in the first place. It’s one thing for Ramsay to unleash his signature temper on reality show contestants, but such behavior would hardly be fitting for guests eager to show him a bit of their local culture. Fortunately, Gordon Ramsay: Uncharted showcases another side of Ramsay than audiences might be used to.

Uncharted has a fairly simple premise across its first season. Ramsay travels to exotic locations to visit with chef friends and to explore their local foods while collecting ingredients for a feast that he prepares for his hosts. Destinations include the Sacred Valley of Peru, the Middle Atlas Mountains of Morocco, and the Hana Coast of Hawaii. Many of the ingredients he collects require a fair bit of physical activity, requiring Ramsay to swim, climb, and dive in order to acquire them.

The camera crews do an excellent job capturing the beautiful landscapes that Ramsay visits. The local experts are also great at giving the audience a crash course on their history, making it quite easy to follow along. Many of the foods depicted are exclusive to these specific locations, staples of the local diet that Ramsay himself is often trying for the first time.

Ramsay proves to be an excellent host, showcasing elements of his personality that general audiences might as unfamiliar with as the locations showcased. He engages with his local guests with such enthusiasm that you can’t help but smile as he bites into another exotic treat. There’s still a number of bleeped-out expletives, but it’s refreshing to see them directed at circumstances rather than people.

The highlight of each episode is almost always watching Ramsay prepare the food he’s collected, combining local methods with his own spin on each recipe. Ramsay does a great job explaining the new techniques to the audience, which often use the local landscape itself. After watching Ramsay slow cook food in a hole he’s recently dug, you might get the culinary urge to try to recreate some of the magic in your own backyard.

One area that Ramsay still needs to work on is his method of communicating the taste of the local foods to the audience. In almost every instance where he tries something he likes, Ramsay exclaims that the food is “delicious,” while often forgetting to expand on what exactly makes it good. He does occasionally provide a bit more insight into the flavor, but it can be hard to follow along. Ramsay meets with plenty of different people in each episode, perhaps explaining the repetition in his descriptors.

Uncharted showcases a lighter side of Ramsay’s personality, trading in his fiery temper for gleeful exuberance as he explores new cultures. It’s a delight to watch, the kind of show where you feel like you’re along on the adventure, learning alongside Ramsay. Culture and food often go hand in hand. Uncharted presents both with a ton of culinary insight, a perfect summer program to take you on vacation from your standard cooking practices.