War and Peace Remains One of Cinema’s Crowning Achievements 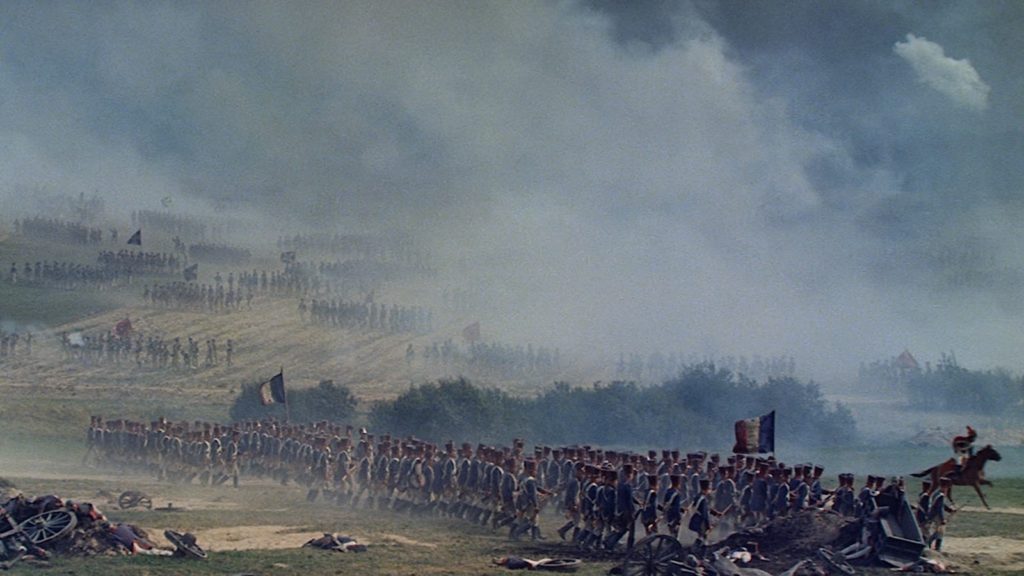 There are many ways for a reader to approach a massive text such as War and Peace, but I tend to recommend the method I used. By shooting for a hundred pages a days and accepting that I’d often miss that mark, I made it through Tolstoy’s magnum opus in eighteen days. The chance to see the remastered four-part Sergei Bondarchuk version screened in its entirety on a single day appealed to me as someone who got through War and Peace through total immersion in the material. The story is not so much consumed as absorbed, an adventure that’s never truly over because the characters feel too real to ever fully fade from memory.

The seven-hour runtime covers a surprisingly small portion of Tolstoy’s epic, instead concentrating its attention on the major events throughout the text. Appropriately titled, the four parts largely center around Count Pierre Bezukhov, Prince Andrei Bolkonsky, Countess Natasha Rostov, as well as the War of 1812, which takes up much of the book’s second half. As a result, the philosophical journeys that Pierre and Andrei embark on are considerably condensed, and the stories of supporting characters such as Princess Marya Bolkonskaya, Count Nikolai Rostov, Sonya, Denisov, and Antole Kuragin receive only minimal attention. While it’d take a few seasons of a TV show to adequately cover all the major plotpoints of the book, it is certainly interesting to see that even one of the world’s longest films can’t fully encapsulate one of history’s longest celebrated novels.

The film itself is nothing short of a masterpiece. The sets are gorgeous and elaborate, from the grand balls to the expansive battlefields. The actors give immersive performances that highlight the personal growth of their characters over the few years of the narrative. Not only does Bonarchuk direct all four parts, he also plays a lead role as Pierre, bringing out the complexities of the good-hearted buffoon trying to make the most of circumstances seemingly always beyond his control.

While Pierre’s coming of age story is the most palpable of the three leads, Prince Andrei’s journey is a far more reserved transformation as he grapples with the beliefs he’s grown up with, rejecting the grand ambitions instilled by his father. Vyacheslav Tikhonov manages to capture the essence of Andrei’s journey without the benefit of the narrator’s eloquent depiction of his internal struggle. Film Andrei is undoubtedly less likable than his book counterpart, but Tikhonov puts so much emotion into his performance that you can’t help but feel compelled by his journey.

Having the least to do with war of the three major characters, Natasha doesn’t get as much screen time in War and Peace, but Ludmila Savelyeva gives perhaps the most compelling performance of the entire film. Her Natasha is so vibrant and full of life, contrasting tragically with the horrors that war brought to the characters’ doorsteps. Savelyeva brings out in the innocence in Natasha, grasping to understand why her vision of the future had to be senselessly altered by acts seemingly contradictory to human nature.

As much as War and Peace embodies the very definition of the word epic, the film is often at its most powerful in the quieter moments. Singular events are not as important as the broader effect that follows, something continually on display as Pierre, Andrei, and Natasha try to make sense of the world around them. Beautifully showcasing rural Russia, the film often uses its lush scenery to highlight the contemplative thoughts of the narrator. Tolstoy’s commentary throughout the book serves essentially as a character in its own right, and the film does a good job incorporating the spirit of the text’s broader philosophy into its overarching narrative. So much happens in seven hours, but Bondarchuk constantly makes sure that his viewers have the time to fully take it all in.

The restoration is absolutely beautiful. The film is crisp and clear, as if it was plucked out of time only yesterday. Up on the big screen, it evokes just about every emotion the human soul is capable of experiencing over the course of its runtime, an adventure that, while tiring, never letting go of one’s attention.

The 2019 remastered version of War and Peace offers a singular cinematic experience, a profoundly moving theatrical tour de force. Seven hours might be a lot of time to commit to sitting in a single seat, but there’s simply nothing else like it out there. This restoration carefully enhances one of the greatest films in history, an adventure well-worth making the time to see on the big screen.