Tater Tot & Patton Is a Moving Exercise in Indie Minimalism 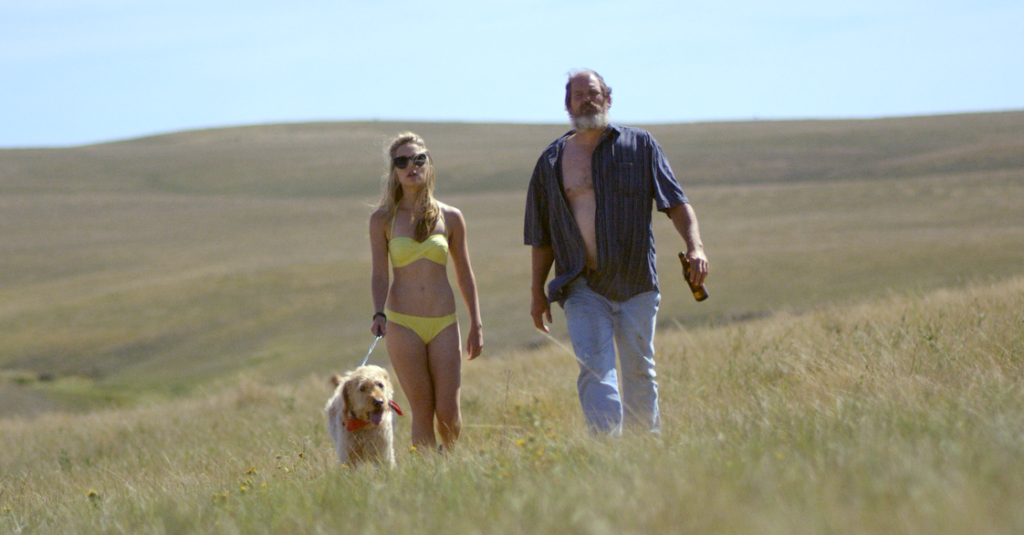 The indie genre has developed quite a few clichés over the past few decades. The subject of grief often meets its match by the two-pronged approach of quirky love interests and a mellow score. Tater Tot & Patton exhibits much of the typical fare you’d expect from the indie genre, but the film finds a quiet sense of grace in its minimalistic narrative.

Tater Tot & Patton starts off in that same manner as many indie films. A millennial is sent to live in a small country town to find that things are not quite as glamorous as big city living. Andie, aka Tater Tot, can’t find cell service, Wi-Fi, or even a fresh vegetable. Turns out South Dakota doesn’t share all that much in common with Los Angeles.

Her uncle Erwin, aka Patton, is a simple man. He likes beer. He doesn’t like technology and certainly doesn’t understand why a young woman wouldn’t want to eat baked beans for every meal. His wife is in the hospital, leaving Erwin and Andie on their own to deal with each other in spite of their differences and their addictions.

Most of the film is set on Erwin’s farm, with the interactions between Erwin and Andie making up the bulk of the narrative. Jessica Rothe and Bates Wilder each give compelling performances in the title roles, keeping things interesting throughout the ninety-minute runtime. Despite having only two other characters with actual names, you never really get tired of Tater Tot & Patton’s interactions. The two actors work very well together and director/screenwriter Andrew Kightlinger made a smart decision to largely let them handle the narrative.

Kightlinger also makes great use of the South Dakota setting, using the natural beauty of the sparse locations as a perfect companion for his minimalist cast. We don’t get a ton of insight for what’s driving Andie’s demons, but it’s easy to feel for her frustration with being out in the middle of nowhere with no sense of forward motion. Kightlinger’s obvious affection for the state shows, highlighting it in the narrative without forcing any of the typical clichés the media likes to toss around regarding the Midwest.

There are, however, plenty of other clichés in the narrative. While the lead actors give strong performances, there’s little either can do to change the simple fact that they’re essentially playing stock characters from any run of the mill indie movie. Andie is a self-centered millennial seemingly lost without her phone and Erwin is pretty much that emotionally detached awkward uncle no one wants to sit next to at Thanksgiving dinner. There’s also the weird sense of destiny that brought these two damaged people together to “fix” each other that’s certainly been played out by countless other films.

Despite a few narrative issues, Tater Tot & Patton is certainly worth a watch if you’re a fan of indie movies. It hardly breaks new ground in the genre, the film sustains itself off two strong lead performances and stellar production values. Too many movies try to overstuff their runtimes, but Tater Tot & Patton finds power in the quiet moments, perhaps a timely movie for an era where everyone seems to be moving a mile a minute.

« Avengers: Endgame Sends the First Era of the MCU off with a Bang
War and Peace Remains One of Cinema’s Crowning Achievements »