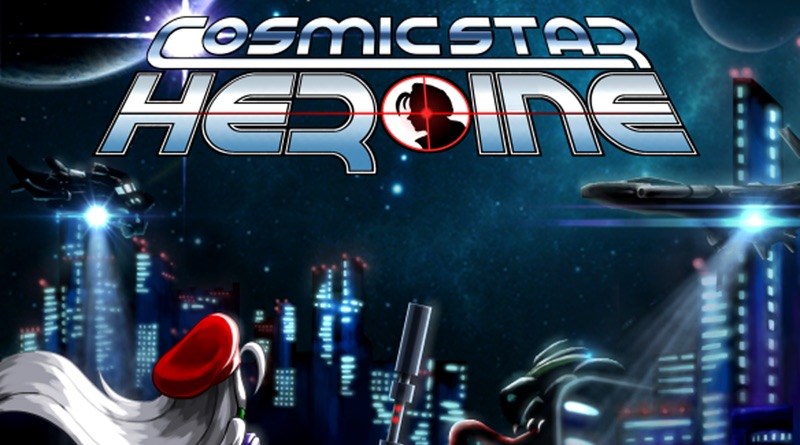 One of the great joys of modern indie gaming is the ability to make the past feel like the present once again. For many, RPGs represented the pinnacle of long-form storytelling in the 16-bit era, when simple features such as a save function were absent from large portions of a console’s catalog. Cosmic Star Heroine takes players back to a simpler era, albeit with the contemporary comforts that gamers have grown accustomed to in the subsequent generations.

Cosmic Star Heroine has a very straightforward story. Alyssa L’Salle is a government agent who finds herself wrapped up in a massive conspiracy. The story hits the ground running straight from the get-go and never really lets up. It is without a doubt one of the fastest paced RPGs I’ve ever played. For those who groan at the time investments required by many modern takes on the genre, the game is a breath of fresh air. You can actually accomplish quite a lot in a half hour of play!

The combat system manages to be unique while at the same time capturing the feel of games from an earlier era. Many of the character’s moves are limited to one use before recharging, forcing the player to be creative with each battle. Combat also offers Style and Hyper points, which reward strategy with added boosts and extra experience at the end of the battle. The game includes double-digit playable characters, which often rotate during the narrative, preventing any one party from growing stale.

I also appreciated the amount of care the game took to explain its features at the beginning. Style is a confusing concept at first, but the tutorial gives you a thorough explanation that gives you a good feel for the combat system after a few battles. With many RPGs, I find myself constantly lost and looking at my phone for internet help, especially when you take a few days off from playing, but Cosmic Star Heroine gives its players everything they need to figure the game out for themselves.

My one complaint is that the script occasionally earns an eye roll with its tawdry dialogue, which felt forced in some areas. The characters are quite well crafted, and Alyssa is a memorable protagonist. Zeboyd Games deserves a lot of credit for crafting powerful female characters that don’t play into the tropes that often defined the 16-bit era. The inter-character relationships worked surprisingly well for such a fast-paced RPG.

Cosmic Star Heroine is a game that exudes the passion of its creators. The Easter eggs throughout the game are crafted with love and personal touches like the “remember to save” reminder before quitting create a sense of intimacy that indie gaming provides. The team at Zeboyd Games did a superb job providing players with a nostalgic experience that brings plenty of originality to the table. It’s perfect for Switch, whether you’re playing on the big screen or on the go. If you’re a fan of the 16-bit era, this is definitely one you’ll want to pick up.

Note: I received a complimentary copy from Zeboyd Games for the purposes of this review.