Schrodinger’s Tower: Jon Snow and the Assumption of Certainty 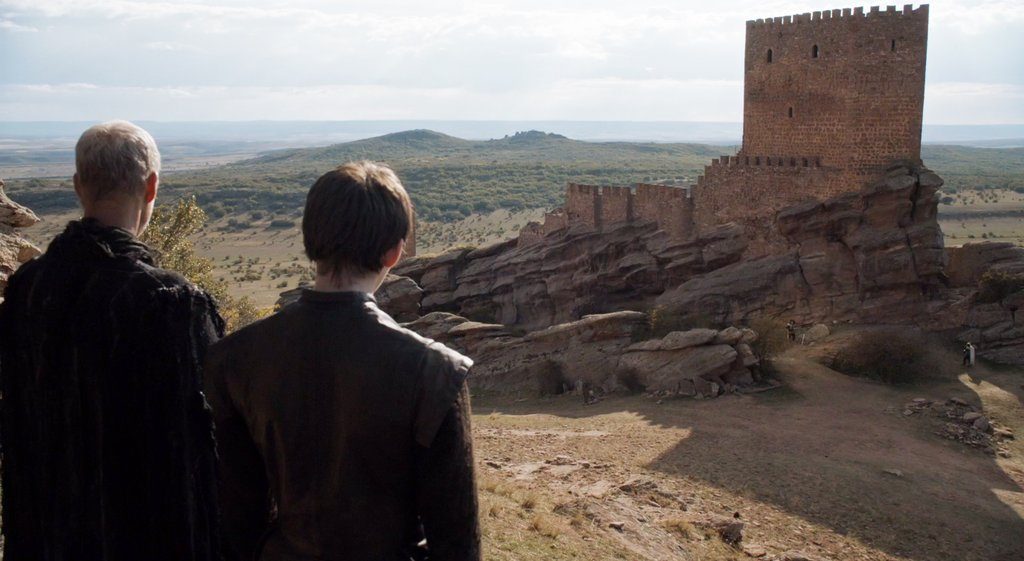 A baby was born in the Tower of Joy at the end of Robert’s Rebellion. The Jon Snow parentage question is a central mystery surrounding George R.R. Martin’s A Song of Ice and Fire. Martin himself has referenced the mystery on many occasions, citing Game of Thrones creators David Benihoff and D.B. Weiss’ ability to correctly identify Jon’s mother as the point that gave him enough confidence to give his blessing for the series.

The question of Jon’s true parents, widely believed to be Rhaegar Targaryen and Lyanna Stark, often expressed through the equation R + L = J, has been a source of intrigue since the release of A Game of Thrones in 1996. In the finale of season seven, Bran confirmed this detail to Sam, though book fans have no such certainty after decades of hints spread out throughout the first five books. The puzzle lingers, even if its solution feels blatantly obvious.

The paradox of Schrodinger’s Cat is a thought experiment theorized by Erwin Schrodinger that examines interpretations of quantum mechanics. A feline is trapped in a box with a radioactive substance and a Geiger counter to detect whether or not the substance decays, which would kill the cat. The Copenhagen interpretation supposes that until one opens the box, the cat inside is simultaneously alive and dead, since we cannot know which is the actual case. Such is the conundrum with linear states of being. At some point, reality has to stop being theoretical and start being actual, which begs the question of whether both states simultaneously existed at all.

The Tower of Joy is currently a closed box with a baby. There is plenty of evidence that Jon Snow was born in there. The event already happened in the books, but the outcome hasn’t happened because we still don’t know who the baby was. We can’t know for sure until GRRM opens the box.

And yet, we sort of can know. The show opened its own box, and given the magnitude of the events at stake, it does seem safe to assume that the outcome will be the same. The show differs from the books in dozens of ways, but that secret lies at the centerpiece of both of their mythologies. It wouldn’t be much different than a situation where the movie version of Pride & Prejudice saw Elizabeth end up with Charlies Bingley instead of Mr. Darcy.

Alternative theories to R + L = J have been around since the release of the first book back in the 90s. Perhaps the most popular is the theory of B + A = J, suggesting that Jon is the son of Brandon Stark, Ned Stark’s brother, and Ashara Dayne, a character absent from the show but an important figure to Ned as well as Barristan Selmy. Generally, under this theory, R + L = D, with Daenerys serving as the child born in the Tower of Joy to Rhaegar and Lyanna.

There are a few big problems with B + A = J, namely the timeline and the idea that Ned wouldn’t need to claim Jon as his own if he didn’t have any Targaryen blood. Ashara was most likely pregnant before her death, but we know very little about the circumstances. That doesn’t automatically follow that Ashara is Jon’s mother, but there’s enough mystery about her life to keep theories alive for those who want to believe in them.

Many in the ASOIAF fandom do not wish to believe in B + A = J, a theory that earns plenty of eyerolls when mentioned by someone who wants to make a serious case. It’s not a great argument, and the show has practically put the matter to rest, except in the sense that it can’t. The idea that B + A almost certainly doesn’t = J does not change the fact that B + A could equal J, if GRRM decided he wanted it to.

George R.R. Martin could sit at home and deviate from R + L = J if he thought that the books should exist independently from the show. I don’t think that’s very likely, but that is an outcome that could happen if a single human being decided that it should. As every Terminator movie reminds us, the future is not set in stone. We haven’t looked inside the box yet. The Geiger counter has not made its move.

While that’s not terribly compelling evidence against R + L = J, it does remind us of the unique situation we find ourselves in with a television show that has progressed further along than source material that is still actively being written. Imagine the fan outrage if Harry Potter and the Deathly Hallows – Part 2 showed how Harry defeated Voldemort before J.K. Rowling released the final volume. That’s pretty much the territory that Game of Thrones finds itself in, albeit with a much larger universe and a lot more lingering questions.

Schrodinger’s Cat reminds us that things cannot happen until they have happened. R + L = J is simultaneously true and not true until the pages are finally released. Only then can the tinfoil fan theories be fully debunked with a definitive sense of clarity. The fact that the show already revealed what was inside its box can give us a pretty good, almost certain, sense of what to expect, but the assumption of reality is not the same as reality itself.