UnReal Goes Out with a Whimper 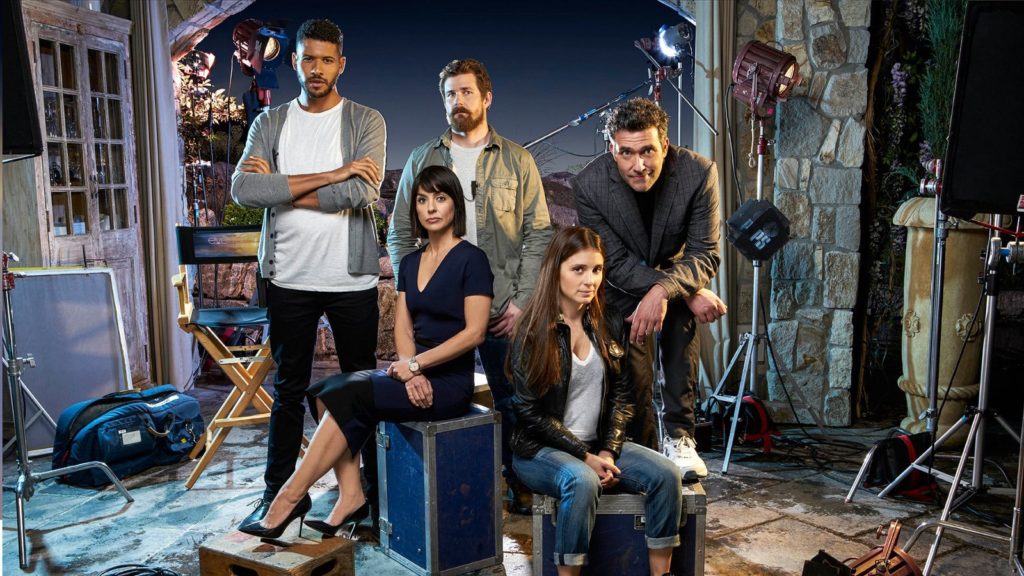 UnReal entered the TV landscape as a singular entity. The idea of a Lifetime scripted series winning any award, let alone the prestigious Peabody, still seems pretty ridiculous years after the Bachelor-style scripted drama claimed the prize. UnReal’s first season was a refreshing breath of fresh air for summer programming, which made its downfall all the more unfortunate as each of its three subsequent seasons failed to approach the high bar set by its freshman effort.

The news that season four had dropped on Hulu in its entirety, mere months after April’s season three finale, seemed quite odd, as if Lifetime was looking to dump the remainder of the show on someone else’s doorstep. This confusion fit in perfectly with the chaos that defined the show after its first season, a hot commodity with zero direction. Where season one served as an indoctrination on The Bachelor’s manipulative nature and false premise, season two tried to turn the spotlight on seemingly every other political issue facing the nation, including a much-maligned effort to offer something compelling on the state of racism in the country. Season two was a mess.

Season three corrected some of the issues by avoiding broader American politics, but mostly came up short in its effort to recapture the magic of the first with a season that felt increasingly unnecessary as time went on. UnReal has always had something interesting to say about feminism, with two leads who reveled in the contrast between female empowerment and ruthless ambition, but the show has consistently faltered in its execution of these ideas as fictional stories that a viewer is supposed to actually consume.

It’s far easier to root for the idea of Shiri Appleby’s Rachel Goldberg than the character herself. The character Rachel is a terrible person who does terrible things for reasons that are never really clear or particularly compelling. She acts in service to Everlasting, but something is always missing from the carnage left behind in her wake. Multiple characters die and a penis is severed over the course of our time with Everlasting, but the viewer is never really given much of a reason to support the fictitious show or its mean-spirited showrunners.

While this wasn’t really a problem in season one, when Rachel’s motives were still left relatively undefined and the critiques against reality TV were still fresh, the passage of time was not particularly beneficial to either Rachel or Constance Zimmer’s Quinn, whose conscience looked worse and worse in the face of continued complicity. Rachel and Quinn are fun to watch together. Appleby and Zimmer have great chemistry are frequently able to string together compelling scenes that hint at the idea that there’s something greater at play behind their antics at Everlasting. If only UnReal was better at explaining its motives to the viewer.

Season four meanders quite a bit. Everlasting shifts gears to mirror Bachelor in Paradise with a game show competition for a million dollar prize that the show never fully invests itself in. What could’ve been a great opportunity to use prior contestants to diagnose the symptoms of reality TV became mostly a sideshow dominated by Natalie Hall’s Candy, a plant marketed as a “superfan” competing on Everlasting in an effort to establish her for a later spinoff. Candy distracts from the entire All-Star premise and takes up much of the screen time at the expense of contestants from UnReal’s earlier seasons.

UnReal probably wants to tell you that reality TV exploits sexism for ratings and that those who produce it are awful people who would do anything to top their previous stunts. That message gets lost along the way by the lack any sort of follow-through by the show to endear a single element of its existence to the audience. The closest it comes to succeeding in this task comes in the form of Jeffrey Bowyer-Chapman’s Jay, a gay producer who possesses one of the few moral consciences on the set of Everlasting. Problem is, Jay never truly evolves past being the person there to tell everyone else they’d gone too far. Certain events in season four make this notion a little empty as time goes on, a nice sentiment if nothing more.

Season four of UnReal is terrible television. It is not simply bad because it’s entirely made up of bad people doing bad things for bad reasons. It wants us to believe that it acts in service to broader ideas, but never cares to actually engage with the implications of reality TV’s existence. The entire genre exploits its cast, but tens of millions of people still tune in. UnReal wants to say something interesting about that dichotomy, but ends up mirroring the material it parodies by coming up empty on substance. The Bachelor isn’t love, and UnReal isn’t really satire. Both are eerily similar in their core being, as products of consumption without any real depth.

I loved UnReal when it first debuted. It was different, it was raw, and it was exciting. Almost immediately after, it sunk into self-parody and misguided attempts to shine a light on issues it shouldn’t have gone near. None of its final three seasons came anywhere close to the highs experienced in that first year inside the house, which I guess probably says something about the audience that stuck with it, myself included. leroytroy.us

I often ridicule the idea of “peak TV” and the people who assign importance to a medium long-regarded as mindless entertainment. Neither ends of this spectrum are representative of television as a whole, but neither could be. We don’t live in a world with absolutes, even if politics and the media constantly try to make us think otherwise.

UnReal existed as a deeply flawed indictment on American culture. It usually failed to shed light on topics it tried to engage with. Despite this, I kept watching anyway. I don’t want there to be a fifth season, but I’d probably watch it, if only to see Quinn rag on Graham one more time. Entertainment can tell us a lot about the world, but sometimes it shouldn’t. Sometimes we watch TV because it feels good, or it used to feel good, and rather than sit and write thousand word think pieces as to why we do the things we do, often it’s better to kick back and enjoy the show.

« Best F(r)iends: Volume Two Is an Esoteric Odyssey Through Perceptive Reality
Schrodinger’s Tower: Jon Snow and the Assumption of Certainty »