A Transgender Perspective on Rudolph the Red-Nosed Reindeer 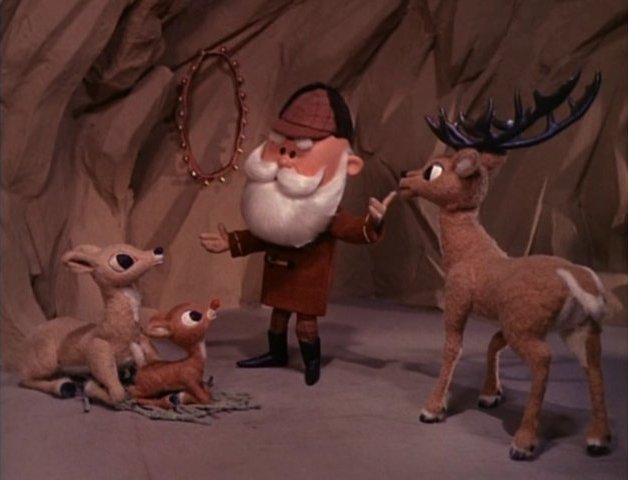 Rudolph with your nose so bright, won’t you guide my sleigh tonight?

The seminal question posed to popular culture’s most diverse reindeer by a revered holiday hero. The 1964 Christmas special Rudolph the Red-Nosed Reindeer offers a chilling account of the kind of bullying and harassment that was tolerated at the North Pole under the leadership of Mr. Claus and his wife, Mrs. Claus. This broadcast is replayed each year around Christmastime to remind children of the reindeer who was needed to guide a sleigh that could fly in the air, but apparently could not be fitted with high beams at the dealership.

I can’t feel excited when I see this special advertised, because we as a society should not be comfortable with the message Rudolph the Red-Nosed Reindeer sends to children, that if you bully someone, they should still be counted on to save Christmas later. This special is a broadcast lacking in basic moral decency, which is hardly rectified by the regret expressed by Santa and various other citizens of the North Pole. Particularly troubling is the presence of Comet, the children’s coach and member of Santa’s sleigh crew, who bullied Rudolph from a position of power and refused to allow him to participate in any reindeer games at all. Given that Ruldoph’s own father Donner, another member of Santa’s team, rejected him as well, there is a very concerning culture of abuse that’s allowed to flourish at the North Pole.

It’s not as if Rudolph was the only person bullied. Hermey was ridiculed for resisting the pressure to put his true desires aside so that his labor value could be milked from his hands to prop up the capitalist regime of Santa workshop, where the proletariat elves serve merely as tools of the commercial industrial complex. There was a whole island dedicated to toys who were banished for the crime of not fitting into the cookie cutter version of idealistic materialism propagated by Santa Claus and his far-right lobbyists, who see children’s desires only in dollar figures. In Rudolph the Red-Nosed Reindeer, the North Pole only serves to provide a Christmas of Ayn Rand’s wildest fantasy. There is no place for people like Rudolph and Hermey on that December 25th.

When the wheels of capitalism failed and Mother Nature struck back against Santa and his corporate cronies, why would Rudolph care to save an industry that offered no seat for him at its table? Why use his diversity to help those who rejected him for that which would give him his strength? Why save a Christmas that looked at him and offered nothing but coal? Bigots like Santa use children as a shield to justify their horrific behavior, putting Rudolph in the untenable position where he could choose between helping those who called him a freak and embodying the image of the monster they projected onto his identity. Instead, Mr. Claus should have seen the errors in his regime, and resigned from his position.

As a transgender woman, I know how it feels to have society view you as a pariah. Sometimes people who put you down want something later on in life. You know what I say to those people?

Rudolph the Red-Nosed Reindeer is a children’s special that fails to offer consequences for unacceptable behavior. Children are supposed to be taught that it is never okay to bully someone for being different. Rudolph demonstrated that it was okay for adults to discriminate when it comes to matters of reindeer games. That is never okay.

A proper ending would have been for Christmas to be cancelled and for a special counsel to appointed to investigate how the Island of Misfit Toys came to exist under Santa’s leadership. Instead, Rudolph the Red-Nosed Reindeer lets people in power off the hook with a few measly apologies. It is a morally bankrupt broadcast that places the value of presents above basic decency. The Year of the Groper has shined a light on unsavory aspects of our culture that have been allowed to prosper for far too long. This Christmas, it’s time to keep the sleigh grounded. Rudolph’s talents are best deployed elsewhere, for people who don’t need the fear of losing presents to see the humanity in diversity. No sleighs should be guided for people whose actions have certainly earned them a place on the naughty list.