The Ice Bucket Challenge and the Problems with Hashtag Activism 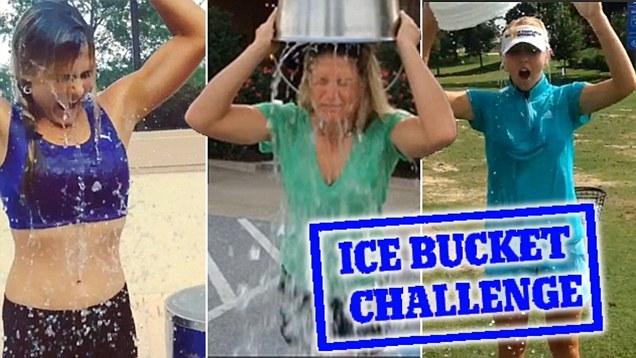 If you’ve been on social media recently, you’ve probably noticed a large number of videos featuring people dumping buckets of ice water on their heads. Unlike last spring’s Polar plunge challenge, which had no altruistic motives attached to it despite also being linked to cold water, this social media craze aims to “strikeout” ALS, commonly known as Lou Gehrig’s disease. On the surface level, this all appears to be a clever way to raise awareness and more importantly, money, to battle a truly horrifying disease.

But is it all that clever? Maybe, depending on the results. Certain videos depicting the challenge come complete with links for donation websites, which satisfies the monetary portion of the awareness goal. Those videos embody the rational purpose of said challenge, which is to raise the funds required to research ALS.

The problem is that many of them don’t. It’s just “thanks for the nomination,” followed by a couple hashtags, a bucket of water, and a list of future nominees to lather, rinse, and repeat. Where does ALS fit in to any of this?

It doesn’t. As Kony 2012 showed us, Facebook likes don’t change the world. They supply brief moments of feel good glee that are whisked away often seconds after they’re received. But that’s okay because there’s always more. Social media never rests.

I wish there was a study to gauge the effectiveness of a hashtag activism campaign vs. a bake sale or a car wash. There are plenty of differences between the two modes of charitable work. The big one is that one is actual charitable work.

Doing good things for others feels good. That’s the whole point or we wouldn’t do them. Dumping ice on your head might feel good because you’re included in something, which was the whole point of the hashtag to begin with. But you’re feeling good for a different reason. It isn’t charity. It’s “look at me, look at me, I’ve got ice on my head. Your turn.” No.

If you’ve actually donated to an ALS charity, feel free to ignore my criticism levied. Please do, because it’s not directed at you. I donated so I feel like I can also participate in the battle to strike out ALS. But I don’t want ice on my head. I want tangible results from charitable campaigns. ALS shouldn’t be bastardized into viral videos in the same vein as the Harlem Shake. If you choose to dump ice on your head, throw a couple bucks toward the cause. It doesn’t have to be much, just enough to show that you actually care. Filming a video doesn’t fulfill that requisite. If charity was that easy, we wouldn’t have any people left in need of it.