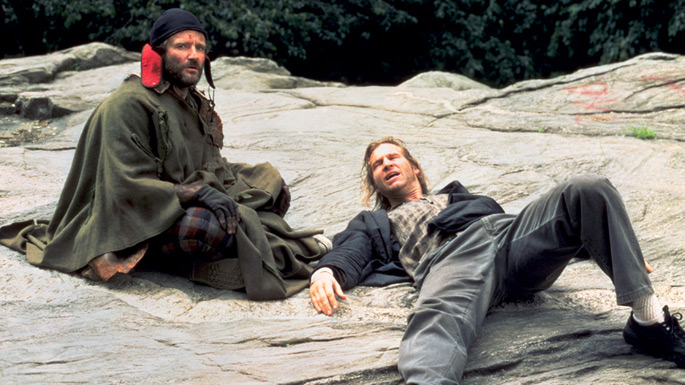 Humor is largely a concept that’s largely indicative of its time period. That’s why we hold virtuosos like Charlie Chaplin and Mel Brooks, who transcend generational boundaries, in such high regard. Sadly we lost one of those artists last night.

Robin Williams was a one of a kind performer who seamlessly crossed both genre and time. It’s hard to believe that the man who brought life to Aladdin’s Genie was the same force who brought Jeff Bridges back to the path of righteousness in The Fisher King. Then of course there’s Good Morning Vietnam, Mrs. Doubtfire, Hook, Good Will Hunting, and Jumanji, which established Williams’ versatility to adapt his one of a kind style to the worlds his characters inhabited. Williams didn’t just use his power for laughs. He brought genuine emotion to each and every performance whether he was acting in a comedy or a drama.

Williams also was an incredibly generous man who gave his time, money, and name to worth causes such as the St. Jude’s Children’s Hospital and the USO, which provides entertainment for our troops. He used his talent for good. Which makes the circumstances of his death all the more tragic.

The idea that someone once dubbed the Funniest Man Alive could take his own life sounds like the plot of an especially irreverent Woody Allen film. That’s sad. It makes you rethink the accuracy of the famous Beatles quote “the love you take is equal to the love you make.” All you can hope for is that a man who brought joy to millions of people over a storied career finally finds the peace that this world couldn’t give him.

Robin William’s death sucks plain and simple. He leaves behind a tremendous legacy that will live on for future generations to enjoy. Few actors could take a film like Jumanji and turn it into an endearing classic. Thank you Robin Williams.

« The Ice Bucket Challenge and the Problems with Hashtag Activism
Is the Pumpkin Spice Latte Back Too Soon? »