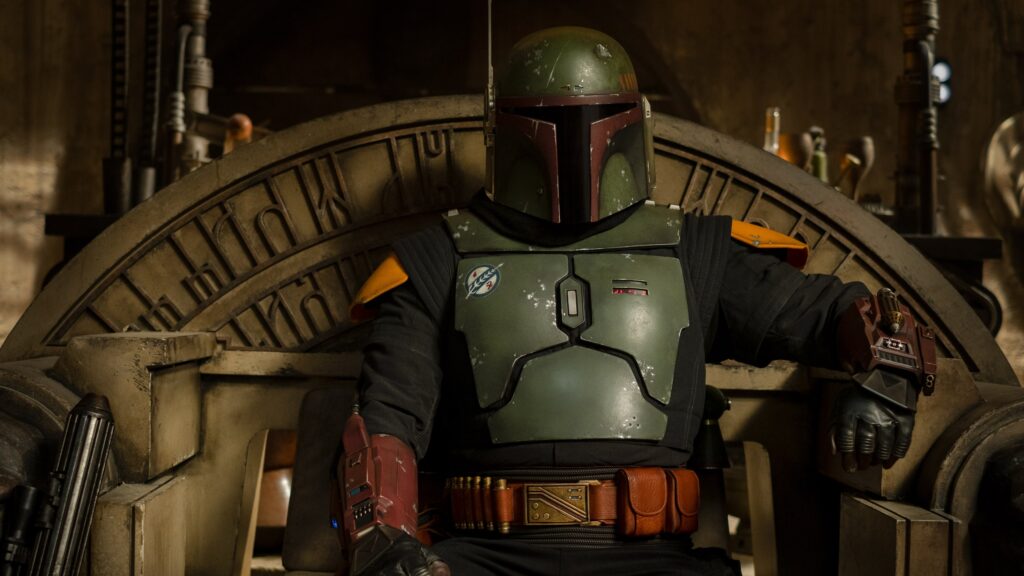 Science fiction often carries its greatest impact through the genre’s ability to invoke a sense of awe and wonder. The cantina scene in the original Star Wars practically changed cinema all its own, a dazzling display of creativity and world-building. Throughout his time at the helm of the franchise, George Lucas placed a heavy emphasis on world-building, to take his audience to places they’ve never seen before.

Disney loves its piles of rocks and sand. As if Tatooine wasn’t enough of a remote desert wasteland, Star Wars threw cheap knockoffs Jakku and Navarro at the audience to switch things up. There’s a certain obvious joke to be made at how Boba Fett saw the show that bears his name co-opted by The Mandalorian, but it was never really his show in the first place. The Book of Boba Fett was always The Book of Tatooine.

Why go to another planet when you can film a whole season using only a sandbox and a green screen? Seven episodes is hardly a long season, but Disney struggled to come up with enough plot for even that amount for its empty shell of a show, choosing instead to give up halfway through in favor of The Mandalorian season 2.5. Apparently that’s life in the streaming era. When things aren’t working, just make episodes of a different show and pretend it’s still The Book of Boba Fett. The whole mess is certainly fitting for a character who had four lines in the original trilogy.

Temuera Morrison can hardly be faulted for an occasionally wooden performance. The Book of Boba Fett never laid out any clear vision for what it wanted Fett to be, a menacing bounty hunter turned morally righteous crime lord. Ming-Na Wen gets even less to work with as Fennec Shand, an alliance seemingly born solely out of the idea that she might be fun for the spin-off.

It’s easy to see the logic. Morrison and Wen have a natural, easy chemistry that was pretty apparent from their first pairing. The premise of the show should have followed suit, staying out of its own way to let two bounty hunters do what they do best. Instead, the gang plot often played second fiddle to Fett’s silly Sarlacc and Tusken Raider flashbacks, dragging down a narrative that never seemed to find its footing. The show even managed to botch introducing a character like Black Krrsantan, popularized in Kieron Gillen’s excellent Darth Vader and Doctor Aphra comics, neutering the wookie in service to absurdly silly Mos Espa politics.

There was something oddly depressing about watching Fett and Mando stand in a wide-open street being shot at during the finale, a fitting metaphor for the state of Star Wars under the Disney regime. Both men could easily use their jet packs to seek more advantageous tactical positions, but they don’t, for no reason at all. Too often, The Book of Boba Fett comes across as the product of a brainstorming session that lasted five minutes, with no critical thought or pushback applied to a single decision.

Disney left its content farm out in Tatooine’s suns for far too long, a wilted mess of a commodity masquerading as a television show. What a sad showing, not just for Star Wars, but for art itself. There is no reason on the planet why this show needed to be this bad.

Boba Fett is not the most interesting character in the world. He barely qualifies as an actual character in the original trilogy, an enigma that lent itself well to stories children play with their action figures. That kind of dynamic could have worked well for The Book of Boba Fett, especially with the Nikto gang and their ridiculous speeder bikes that look like toys from a different playset. You could probably make better Boba Fett stories in a local playground sandbox, which just needs a green screen to complete the Tatooine look.

All blockbuster franchises are products, even the ones that are crafted with love. That’s the problem with The Book of Boba Fett. It never looks like something anyone enjoyed making. Star Wars doesn’t need an artistic mandate, but maybe a little effort would be nice. It’s hard not to feel sad that this abomination exists.