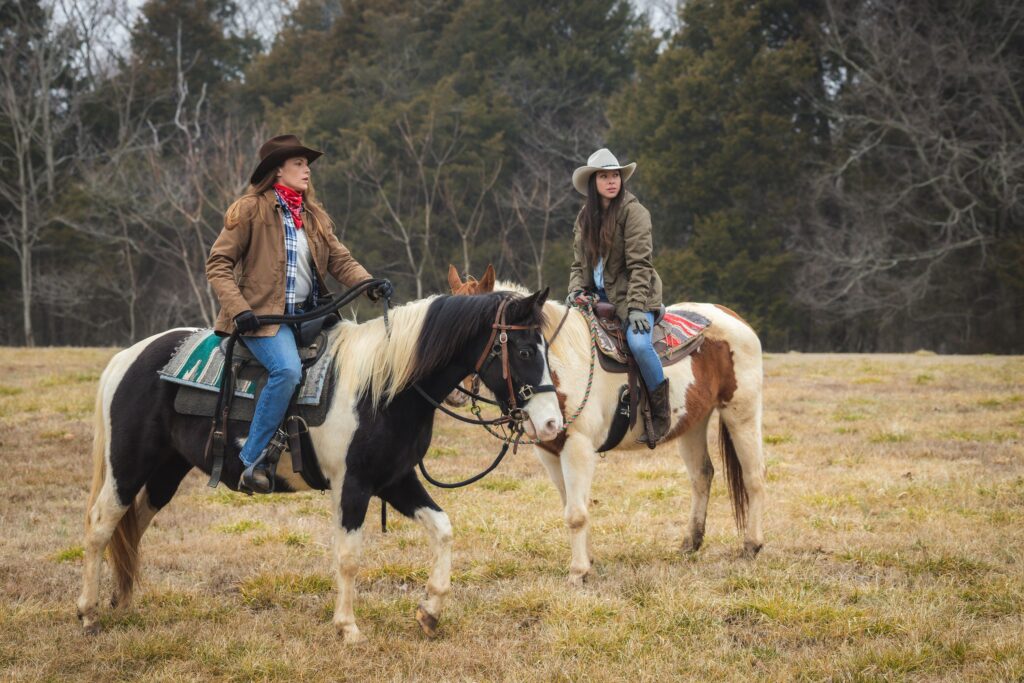 The Christmas movie genre often functions like a machine running on autopilot, churning out hundreds of films, many of which are completely indistinguishable from each other. Big city girl returns home to her rural life, rediscovering the meaning of life through the magic of Christmas.

LGBTQ audiences have been woefully abandoned by the Christmas movie industrial complex, a bastion of heteronormativity. The holiday season can be an anxious time of the year for our community, with many families still refusing to accept the existence of homosexuality. With a gay girl as its lead, the new film Christmas at the Ranch demonstrates how easy it is to factor in inclusive storytelling to the genre.

The film follows Haley (Laur Allen), a workaholic trying to close a major deal for her company and meet a special woman she can connect with amidst the madness that is modern dating. She returns home to her family’s ranch in time for the holiday season. Meemaw (Lindsay Wagner), who raised Haley and her brother Charles (Archie Kao) after the death of their parents, is barely holding things together, exacerbated by medical expenses and other financial hardships. Haley butts heads with ranch hand Kate (Amanda Righetti), skeptical of the prodigal granddaughter’s abilities to turn the tide of capitalism.

Director Christin Baker did a great job capturing the traditional Christmas movie spirit alongside an inclusive narrative. The film avoids all common LGBTQ tropes that place too much emphasis on coming out or winning over a homophobic relative, instead of embodying all the Christmas genre tropes that people know and love. The narrative is quite predictable in its delivery, but that’s also kind of the point. LGBTQ people deserve to be part of the fun.

The principal cast all have great chemistry with each other. Allen, Wagner, and Kao are a sweet family unit, giving their home a lived-in feel that’s vital for the genre. Allen and Righetti are very sweet together, the kind of wholesome romance that many LGBTQ people dream of having for themselves. The narrative never goes over the top with its drama, instead of operating at a mellow tempo that’s just right for a lazy December weekend.

The script is a little clunky at times, but the actors never let things drag. Christmas at the Ranch doesn’t ever try to reinvent the genre, but there’s an understated radical normalcy in its execution. LGBTQ audiences don’t have enough cozy wholesome content. The film hits all the right notes, a much-needed addition to an overly heteronormative genre.

« Archie Kao – Christmas at the Ranch
The Muppet Christmas Carol »