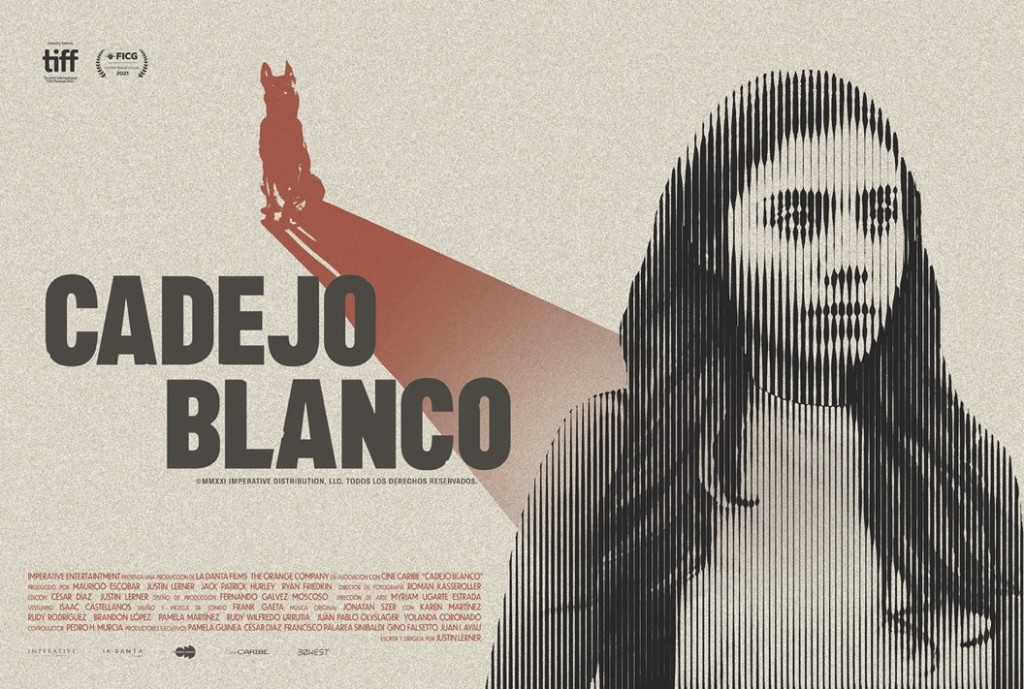 Many of us can relate to the sensation of wanting to do anything for family. Few are ever really put in the position of needing to take a bullet or fire one on behalf of the people we love. Set in Guatemala City, the film Cadejo Blanco explores what happens when a young girl who finds herself under unthinkable pressure to find her sister.

Sarita (Karen Martínez) is a quiet girl who listens to her grandma and doesn’t really like going out. Her sister, Bea (Pamela Martínez), is quite the opposite, enjoying loud clubs and troublesome boys. When Bea goes missing, Sarita presses her sister’s ex, Andrés (Rudy Rodríguez), for help, quickly finding herself caught in an intricate web of drug trafficking among other crimes.

Director/writer Justin Lerner has a keen sense for the natural tension in his quiet narrative. Organized crime is not generally known for letting people walk away peacefully, a notion that’s never far from Sarita’s mind. For a film with drug lords and nightclubs, Cadejo Blanco possesses a deep sense of intimacy in its cinematography, making it easy to see how this world can feel like the only world to those trapped within its confines.

Martínez does a fabulous job in the lead role, balancing Sarita’s reserved nature with the need to let the audience in as to her character’s emotions. Rodríguez brings great depth to Andrés, constantly fighting to preserve his own humanity while working in a profession that has little space for anything other than callous cruelty. Both lead characters are strong-willed, pushing back against the rigid power structures designed to keep the youth feeling hopeless and in line.

Lerner’s world feels lived in. Sarita’s journey contains plenty of character growth, but you also get the sense that her story is meant to represent the many real-life girls unable to break from these horrific circumstances. The narrative is grounded, never feeling like it needs to arbitrarily create conflict to move the story along.

Cadejo Blanco’s primary flaw lies with its 125-minute runtime. The third act feels a bit aimless as Sarita heads toward a fairly predictable outcome. A few scenes feel either redundant or unnecessary for the purposes of the narrative.

There are far too many parts of the world where women still lack agency over their own lives. Cadejo Blanco hones in on this struggle. Sarita is an empowering figure, unafraid to walk straight into the lion’s den. While hardly the kind of story that leaves you warm and fuzzy inside, Lerner’s world serves as a strong testament to the lengths that too many in this world have to go to protect their families.