Boss Level is nonstop fun with a ton of heart 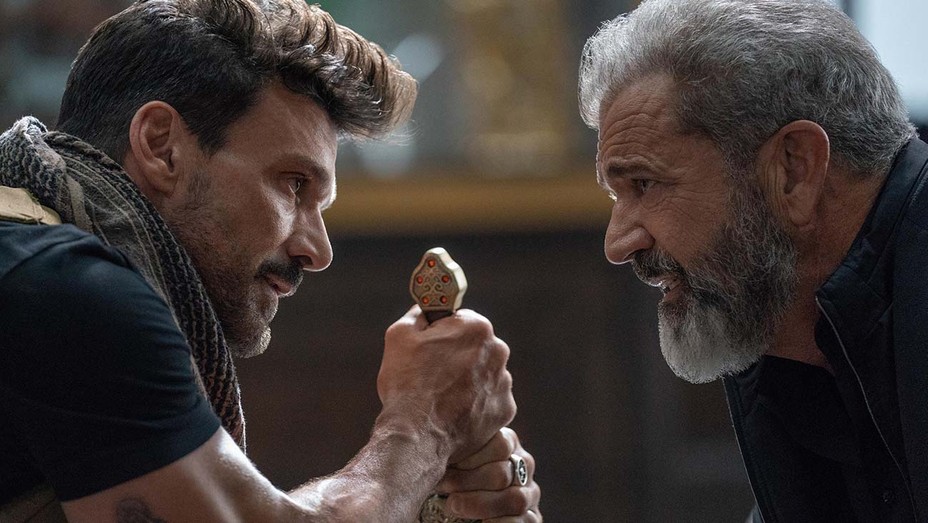 The time loop genre may hit a bit too close to home for many in 2021, after a year defined by stagnancy and monotony. One no longer needs to wonder what life would be like if every day was exactly the same. The pandemic made sure that the entire country could be on the same page in that regard. Boss Level hardly reinvents the wheel when it comes to genre tropes, but offers a lively escape from monotony with its charming approach.

Roy Pulver (Frank Grillo) is a Delta Force veteran who spends his days boozing, struggling to remember the name of the woman he wakes up next to, a problem that wouldn’t seem like such a big issue if that day didn’t keep repeating itself over and over. A seemingly endless horde of soldiers descends on Roy repeatedly for months on end. While Roy starts to learn their patterns, he can’t seem to ever make it past 12:47 p.m.

The exact cause of this time loop is revealed to be the product of work done by Jemma (Naomi Watts), his ex-wife who works at a laboratory building a giant machine for her boss (Mel Gibson), who goes by “The Colonel.” Jemma has kept plenty of secrets, not telling their son Joe (Rio Grillo) who his father is, giving Roy a healthy dose of guilt to nurse alongside his hangover as he does his best not to get killed by all the commandos trying to wreck his breakfast. Roy makes the most of his endless time to try and get his life in order, all while attempting to figure out how to escape from all the mayhem.

Director Joe Carnahan does an excellent job pacing his lighthearted action thriller, never letting the mechanics of time loops get in the way of the story. Grillo approaches the lead role with such vibrant joy, a non-stop crowd-pleasing performance. Supporting performances by Ken Jeong, Michelle Yeoh, Annabelle Wallis, and Selina Lo enhance the narrative, but the film pretty much entirely hinges on Grillo’s ability to sell the absurd story.

Carnahan packs quite a lot of heart into the film, alongside some impressive action choreography. The emotional resonance is no doubt enhanced by the real-life father/son dynamic between the Grillos. With Roy alone in his time looping adventure, Frank adds a layer of depth via voice-over narration, a firm balance of humor and genuine sincerity. Boss Level understands how to be touching and hilarious at the same time, breezing through its ninety-four-minute runtime.

The sole out-of-place performance is a puzzling one. Boss Level’s zany energy supplies the seemingly perfect environment for Gibson, who has spent much of the past decade playing outlandishly maniacal villains. Here, Gibson looks weirdly restrained, almost bored. Grillo has great chemistry with practically everyone else in the film, but Gibson’s muted performance robs the film of a big bad worthy of its title.

There’s enough charm for Boss Level to thrive without a properly sinister antagonist. The film hardly reinvents the wheel of time loop narratives, but is a powerful testament to the ways in which competent filmmaking and passionate performances can carry an otherwise familiar premise. Carnahan and Grillo clearly had a lot of fun crafting this gem, a kind of contagious energy that can’t help but radiate through the screen.

« ‘Ruth: Justice Ginsburg in Her Own Words’ is a well-constructed romp through familar territory
Adrienne Wilkinson »