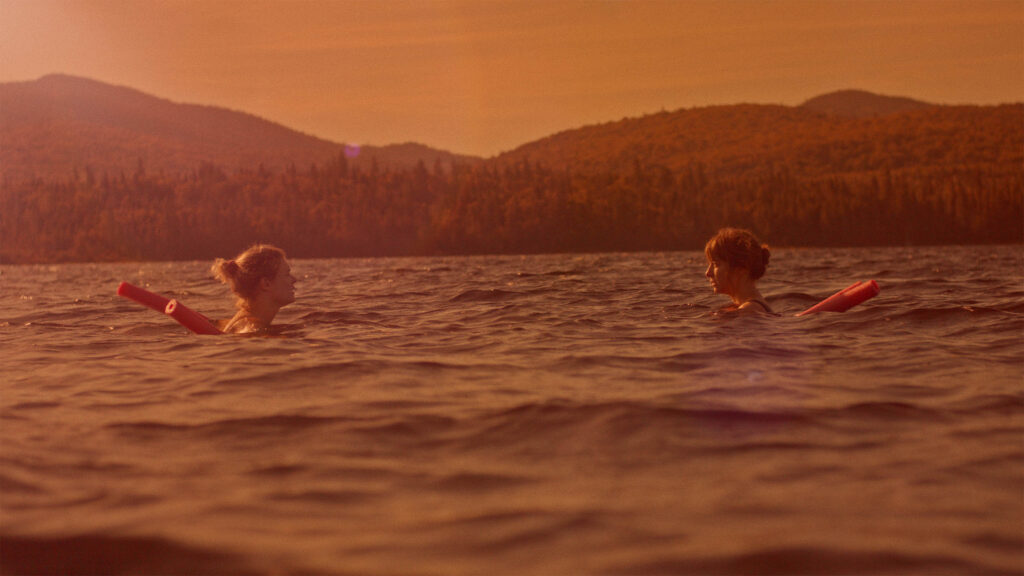 Media punditry often does a terrible job examining accusations of sexual harassment in the wake of the #MeToo movement. Situations that call for compassion and sensitivity are instead treated like post-game analysis you’d find on ESPN. The public engages in a kind of weird negotiation on behalf of the accused, seeking a way to carry on with minimal interruption. Watching it all play out is enough to make a person want to scream.

Violation is a film that captures that rage in a calm collected matter. Miriam (Madeline Sims-Fewer, who also co-directed the film with Dusty Mancinelli) returns to her hometown with her husband for a weekend with her younger sister and brother-in-law. An unfortunate evening encounter throws a wrench in the festivities, leaving Miriam isolated as she struggles with how to respond to such a betrayal.

Sims-Fewer delivers a powerful performance in the lead role, capturing the essence of the feelings of isolation that many experience after sexual harassment. The desire to be heard is a natural human response to a horrific situation. Sims-Fewer and Mancinelli have a keen interest in exploring the space that surfaces in the vacuum, when no one wants to acknowledge the pain.

Sims-Fewer & Mancinelli frequently use close-ups and other camera angles to capture the sheer disgust that Miriam feels toward her situation. The results are often uncomfortable, clearly a deliberate choice by the directors. The film features extensive frontal male nudity, subverting a trope that the horror genre loves to deploy.

Violation cares little for judgement. The film eschews any attempt at commentary on the broader contemporary politics that the #MeToo movement has sparked in so much of the world. Rather, Miriam is given the stage to pick up the pieces in a way that she sees fit. The audience doesn’t always have to agree with her. These situations often spark reactions that essentially play like report cards, but that’s really not how the world works. Life is messier, something that this film illustrates in a way that often jarring, sparking the necessary broader conversations that need to be had.