Sundance Review: Together Together 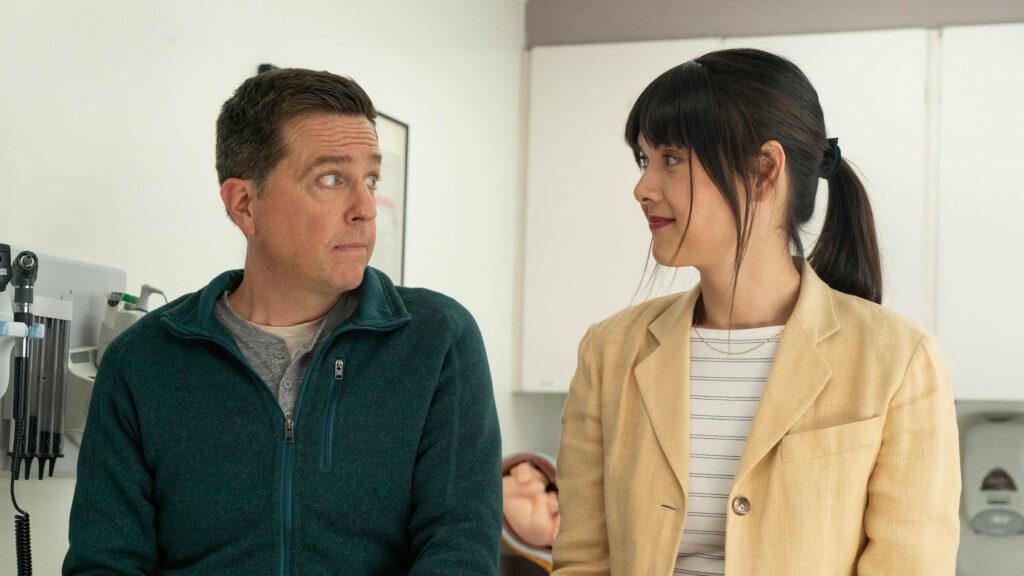 Ed Helms and Patti Harrison appear in Together Together by Nikole Beckwith, an official selection of the U.S. Dramatic Competition at the 2021 Sundance Film Festival. Courtesy of Sundance Institute | photo by Tiffany Roohani.

The greatest strength of Together Together is the film’s understanding of the innate sense of loneliness that pregnancy can evoke. The act of ushering life into this world is full of moments that feel like the most important things in your world, because they are. You want the world to care about these fleeting snapshots in time, but no support system can change the basic fact that this is your story and there’s no one on the earth who’s going to care about it more than you.

Matt (Ed Helms) is a successful app developer living a cozy life in San Francisco. Single and ready to start a families in his forties, he hires a surrogate to carry his child. Anna (Patti Harrison) has given a kid up for adoption before, bringing an additional sense of levity to the experience. Her matter of fact approach to surrogacy serves as a useful contrast to Matt’s controlling demeanor.

Helms does an effective job in the lead role, largely playing a composite of characters he’s played before. Matt is a pretty annoying guy, complete with his giant binder that houses his surrogacy contract. The audience can perfectly see why he’s alone, but also why he’d probably make a good father.

Like Matt as a character, the film largely relies on Anna to carry the narrative. Harrison elevates the film beyond its many shortcomings, a performance that carefully explores this delicate situation. She may not have a biological relationship to the child inside of her, but Anna possesses a more intimate relationship with the future baby than anyone. Harrison demonstrates her immense skills as a performer, experiencing all the complexities involved with being along for the first part of the ride and the first part only.

Director-screenwriter Nikole Beckwith has not reinvented the wheel with Together Together. Far too often, the film finds itself going through predictable motions, undoubtedly exacerbated by Ed Helms playing Ed Helms. There a few times where it feels like Helms and Harrison are compensating for the script’s deficiencies, which never really pushes either character to depths hinted at throughout the narrative.

There’s nothing inherently wrong with opting for a lighter tone. Harrison and Helms are very enjoyable to watch opposite each other, selling the audience well on the idea that these two people are just right for this moment in their lives. The third act loses a fair bit of steam, buckling under its own predictability.

On one hand, Together Together is an easy film to like. Beckwith crafts her narrative with all the fixings of a romcom, reluctant to fully subvert the genre tropes. Everything here works, a delightfully watchable story that should undoubtedly be of value to people looking to learn more about the surrogacy process. The film can’t quite shake the sense that it could have been more. Sometimes charming is enough, but everyone here is capable of better.