Haymaker is a worthy entry into the trans film canon 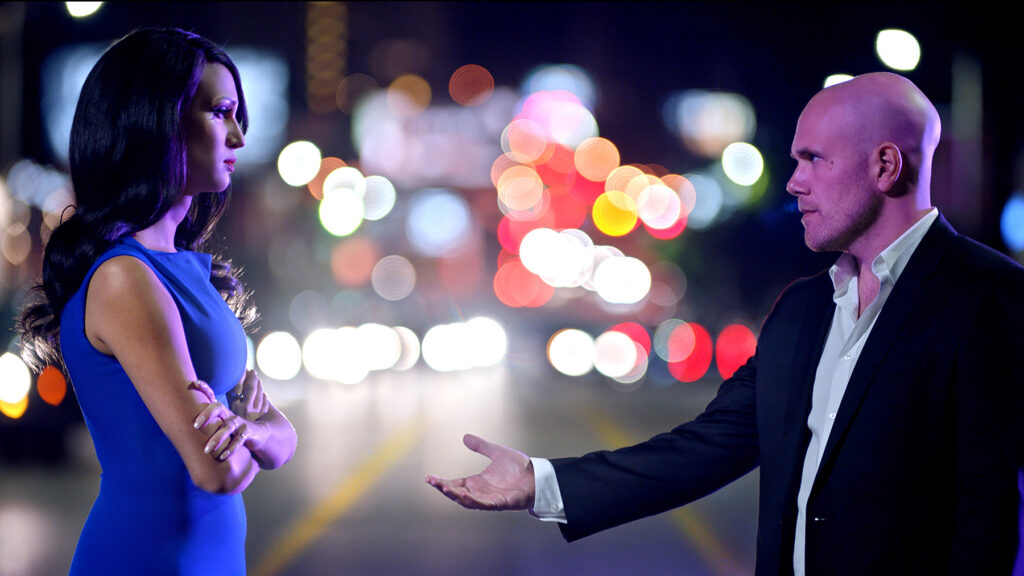 The last few years have exponentially increased transgender visibility across film and television. Equality requires a bit more than merely being “seen.” Equality requires equity. Trans people need to have more than just a place in the room to stand, we need a seat at the table.

Haymaker follows Nick (Nick Sasso, who also directed the film and wrote the screenplay), a retired Muay Thai fighter, who’s a bit aloof trying to figure out what comes next in his life. Nick is calm and strong, a natural fit for the position of bodyguard, which comes his way via Nomi (Nomi Ruiz), a trans singer in need of a little muscle. The film mostly follows Nick and Nomi as they travel across the globe, developing feelings for one another which clash a bit with Nick’s ambitions to return to the ring.

As a film, Haymaker constantly works to juggle the dual narratives of Nick and Nomi across its eighty-three-minute runtime. Sasso is a capable director, making the most out of what’s clearly a limited budget. With filming locations in New York, Los Angeles, Greece, Mexico, and Thailand, Haymaker works hard to set itself apart from other indie productions.

Sasso is a capable actor, aiming to be more than a stock figure that the fighting genre often uses. As a character, Nick often functions in more of a reactionary capacity than as a driving force, an intriguing dynamic for the point-of-view character. Sasso’s chemistry with Ruiz works well, forgiving the more muddled aspects of his hero’s journey. His writing can be a bit choppy, but there are a handful of scenes that showcase his drive as a storyteller.

Ruiz largely carries the film on the sheer force of her energy. Nomi is pretty absurd character with seemingly boundless wealth, an aspect of the narrative that often feels out of place with the film’s indie production values.  There’s something rather refreshing about the film’s outlandish presentation, giving a trans performer a rare opportunity to wield real power on screen.

Haymaker is presented more from Nick’s point of view, but Ruiz is more often than not the main driver in the film, possessing a palpable degree of confidence. It’s a silly romance at times, albeit the kind that trans people are rarely allowed to have on screen. There’s practically no transphobia in the narrative, another refreshing aspect that’s too often sorely missing from trans stories.

Sasso put together an ambitious film, one that consistently strives to be more than its budget would allow. Muay Thai, largely reserved for the third act, doesn’t play as big a role as the film description suggests. Haymaker is a satisfying journey, one that trans people will particularly enjoy.

Haymaker is in theaters, VOD, and Digital on January 29th

« WandaVision isn’t designed to meet expectations
Zackary Drucker, director of The Lady and the Dale »