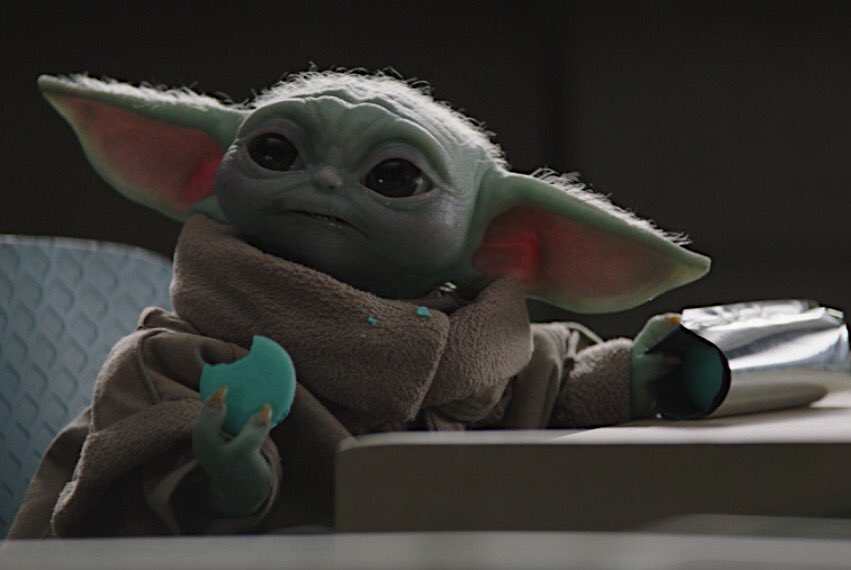 Nevarro is not a very interesting planet, too much of a Tatooine clone in a way that’s only exacerbated by the existence of Jakku. There are seemingly countless planets for The Mandalorian to explore, but so far the show has followed the Star Trek model of prioritizing places that piles of rocks. Piles of rocks make for easy reusable set pieces.

The Mandalorian has very few recurring characters, let alone ones who are friendly to Mando and Baby Yoda. Greef Karga and Cara Dune are about it among the living. By practically every measure of conventional television storytelling, it makes sense that they’d pop up in season two, even if the plot might be better off with heading into new territory.

Mando’s arrival to Nevarro was a bit awkward, featuring some pretty wooden dialogue between Mando, Cara, and Greef. The Mandalorian has never been much for exposition, but a scene or two with Mando laying out the stakes of the season felt needed in this briskly paced episode. It’s always fun to see Carl Weathers again, who also directed this episode, but the writing hardly did his character any favors this time around.

As often happens with The Mandalorian, the action sequences are used to cover up the rushed exposition and clunky dialogue. The return of the unnamed Mythrol (Horatio Sanz) who Mando first captured in the show’s very first episode was a fun callback, though Greef and Cara’s unnecessary meanness toward him in the Imperial base was a bit much. Yelling at a guy to hurry up the second he started pushing buttons on a control system is hardly proper manners!

The first half of the episode made no effort to present the mission to blow up the Imperials as anything more than filler. Things took a completely unexpected turnaround when the team discovered that Moff Gideon had been using the base for genetic experiments. Putting aside the sly reference to midichlorians, the whole sequence served to give this detour real stakes in the show’s lore.

The action sequences were unsurprisingly spectacular. To some extent, the Stormtrooper cannon fodder is getting a little stale, but the sets are so fun to look at that it’s hard to care. The Trexler Marauder ship battle between the speeder bikes and the Tie Fighters was one of the highlights of the whole series, something that could have easily been showcased in a feature film.

One of the big questions I had heading into the season was how hard the show would try and capitalize on Baby Yoda’s status as one of the cutest fictional characters in the world. Baby Yoda being dropped in a classroom only to steal a student’s blue macarons is the kind of sequence that pretty much solely exists for memes. The little fella has a one-track mind when it comes to food, and it’s pretty much the most adorable thing in Star Wars history. He may not be a very good ship engineer, but he’s got a career waiting for him on The Food Network when this is all over.

The return of Captain Carson Teva, last seen leaving the ice planet in his X-wing instead of helping Mando fix his ship, hints at a broader role for the New Republic. The Outer Rim has historically been a problematic area for both Imperial and Republic control, though Greef and Cara seem to be keeping Nevarro in relatively good shape. As a series, The Mandalorian hasn’t spent a ton of time trying to bridge the gap between The Return of the Jedi and The Force Awakens.

It seems unlikely that Mando will want to be a part of any broader conflict between the remnants of the Empire and the New Republic, exacerbated by the show’s fairly slow pace. The show does a good job presenting its adventures as existing in the larger canon without getting anyone’s expectations up. The Empire is tracking the Razor Crest, hinting that perhaps the broader New Republic will get involved after all.

Chapter 12 recovered nicely after a bumpy first act, putting forth some of the series’ best action scenes. One could be forgiven for an eye-roll at the return to Nevarro given how much this season has dragged its feet already. With four episodes left to go, hopefully the show will stop taking detours. For now, it’s still some of the best entertainment television has to offer.

Be sure to listen to Estradiol Illusions’ Mandalorian recaps!