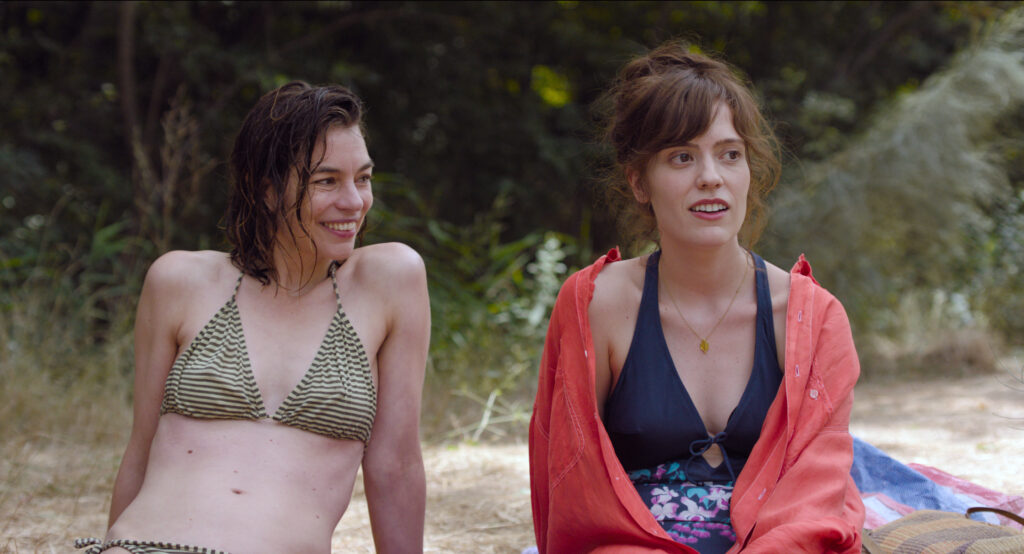 August is the perfect month for sappy sentimental feelings. With the last days of summer slipping away and the new beginnings that September brings just around the horizon, it seems like the perfect time for self-evaluation. No matter how stuck in a rut you might feel, August beckons for one to savor the last moments before you’re actually able to do anything about it.

Jonás Trueba’s The August Virgin sets out to capture the spirit of the month, when you’re worried about the future that’s thankfully not quite here yet. Eva (Itsaso Arana) rents out a room in Madrid, melancholic about her early thirties. The city is fairly quiet, perfect for the kinds of random encounters between strangers that you don’t see quite as often at other parts of the year, when people are consumed with their own individual distractions.

Eva doesn’t have a ton of time on her hands to find a new place of residence before September, but August isn’t really about solutions. Instead, Eva wanders, making new friends and enjoying good wine. The future can wait.

Much of the film depicts simple conversations between Eva and the various acquaintances she meets along the way. Arana is a captivating lead, giving an expressive performance that allows the audience to feel Eva’s sense of optimism in real time. She serves as a perfect reminder for the power of stepping outside one’s shell.

Though the film takes place over the course of only a few days, Trueba captures the nature of time as a transient force that alters relationships that we once held dear. Eva reconnects with her sister Olka (Isabelle Stoffel), who’s raising a small child. The bonds of siblings change over time, as hearts expand to make room for the new loved ones in our lives.

The film is perfect for this time of year, a relaxing romp through Madrid that should satisfy those of us who wish we could be similarly traveling. The film doesn’t try to reinvent Eva in a few days, but rather let her out of her shell for a bit. Most of us could use with some more opportunities to step outside our comfort zones.

The film does sputter a bit in its third act, as the narrative heads toward its conclusion. As a month, August represents the end of summer, but the calendar doesn’t necessarily produce the answers that people are looking for. As a film, The August Virgin has a somewhat higher mandate to produce something more tangible for its audience to digest, but it comes across as a little forced.

The August Virgin is a real treat. The runtime is a bit long considering the dialogue heavy narrative, but it’s a great way to spend an afternoon or an evening. This may have been a summer unlike any others, but film still provides the kinds of comforting retreat that’s timely for this part of the year.