Stargirl sets itself apart from the DC TV canon 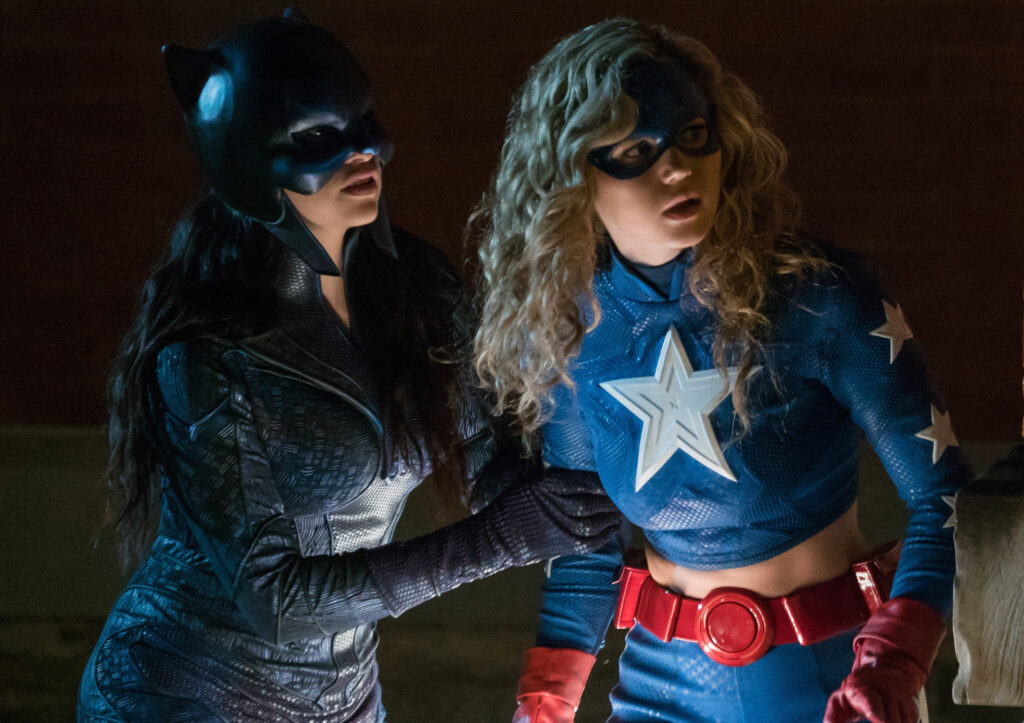 Photo courtesy of The CW

The historic nature of the “Crisis on Infinite Earths” crossover that celebrated the vast lore of DC Comics’ time on television, while consolidating the worlds its network offerings inhabit, presents a bit of a headscratcher when it comes to Stargirl. Initially envisioned at a DC Universe solo venture, The CW quickly partnered with DCU for next-day airings before ultimately assuming full-control of the show for its second season (it remains to be seen if DCU will even still be around by then).

With its young cast and high school setting, Stargirl is the kind of offering that feels at home on The CW, even if its tone, production values, and overall aesthetics paint a stark contrast with the broader Arrowverse. Set on Earth-2, Stargirl can comfortably inhabit a world far removed from the conventions of broadcast television’s preferred format of episodic storytelling. The show’s first season is one of the more impressive freshman efforts to come out of DC Comics.

Courtney Whitmore (Brec Bassinger) is a wide-eyed high school student looking to find her place at Blue Valley High. An accidental discovery of the “Cosmic Staff” leads her to take up the mantle of Stargirl, alongside her stepfather and Starman’s sidekick Pat/S.T.R.I.P.E. (Luke Wilson), affectionately referred to as Stripsey. Much of the first season revolves around Courtney’s efforts to reform the Justice Society of America to battle Icicle (Neil Jackson) and the appropriately named Injustice Society of America.

Though Starman, Stripsey, and the J.S.A. have been around for close to a century, Stargirl follows the more recent work of series creator Geoff Johns’ 1999 comic Stars and S.T.R.I.P.E. The blend of retro and contemporary works well for the series, paying homage to DC’s vast lore while keeping plenty of distance from the franchise’s heaviest hitters. Though the series received a nod in the closing minutes of Crisis, it’s rather refreshing to see a series removed from the temptations of crossovers.

The acting is absolutely superb. Bassinger brings so much enthusiasm to the lead role, an eager protagonist who’s easy to love even when she’s not making the best decisions. Bassinger’s chemistry with Wilson is a highlight of the series. The formation of the new J.S.A. is a little silly, a notion acknowledged by the show, but Stargirl works mostly through its consistent ability to sell itself to the audience.

Johns paces the series well, never lingering too much on introductory exposition. Superhero teams aren’t built in a day, but it can be quite tedious to spend a whole season watching the construction of a group, only to be expected to wait another year for all the fun to begin. Stargirl knows how to have fun right from the start.

Streaming services often force an unnecessary mandate for their shows to be serious, particularly within the superhero genre. Stargirl is definitely darker than the bulk of the Arrowverse, but it doesn’t sink to Titans’ level of self-loathing either. Filmed mostly on location in Atlanta, the production looks visually quite different from Stargirl’s DC peers, allowing the show to full adopt its own distinct tone.

Stargirl occupies a singular niche among DC’s TV canon, a prestige production that isn’t afraid to show off its emotional range. Courtney Whitmore may be a name more familiar to comic book fans, but the show is easy to pick up even if you’ve never read a comic book. The Arrowverse is great for many reasons, but the homogenized storytelling across its shows can get a little tired. With Stargirl, you’re never quite sure what each episode will bring.