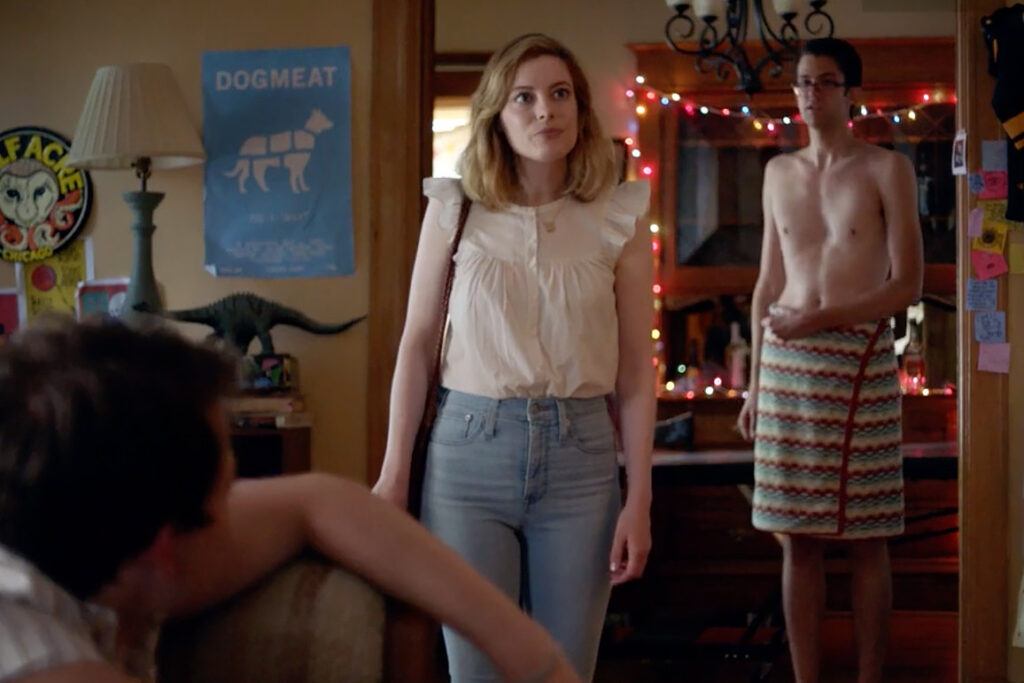 Return visits to one’s alma mater can inspire many emotions, particularly those in the arts. Writers dream of the day they get to triumphantly return to their own stomping grounds to deliver a reading that will inspire a whole new crop of college students. That dream obviously rarely translates into reality, something that I Used to Go Here structures itself around.

Kate Conklin (Gillian Jacobs) is a 35-year-old writer about to publish her first novel. The film goes out of its way to make clear that this book is not supposed to be very good. Kate’s tour is cancelled, but she receives an invitation to speak at her alma mater by her old professor David (Jermaine Clement). David is a general sleaze, though generous enough to offer Kate a teaching position, despite not having any form of advance degree, something that would absolutely never happen in real life to anyone with her credentials.

Jacobs carries the entire narrative, making it easy to forgive the film’s otherwise lackluster execution. Kate is sad, but not necessarily a victim. She finds community in the form of the group of college kids who now occupy her old off-campus house, partying stoners with little obvious ambitious. The stakes are low, but it’s still pretty entertaining to watch.

Writing is not a very interesting profession to showcase on screen. Talking about writing often comes across as pompous, a mistake that director/writer Kris Rey repeatedly makes throughout the narrative. There is the sense that Kate was intentionally written to be a complete fool of a writer, but her obvious lack of talent undercuts her ability to function as a protagonist. It’s hard to root for someone who hasn’t presented a compelling case for success.

Where Rey finds more success is in the simple depictions of Kate and her newfound friends, fooling around. It’s hardly the most compelling drama in the world, but the sequences are fun to watch. For a low-stakes narrative, simple time spent with a charming cast can make for a pleasant experience.

The film likely carries the most appeal for fans of Jacobs, but viewers nostalgic for their college years may find something to enjoy in this meandering narrative. I Used to Go Here doesn’t have a lot to say, but it’s entertaining enough to get past the few eye-rolls that this not-so self-aware film has toward its star writer. The publishing industry is often over-glorified, generally at the expense of the material at hand.

« Stargirl sets itself apart from the DC TV canon
Heather Reid, Musician & Cofounder of The Murmurs »