Clementine Suffers From a Subpar Script and Aimless Narrative 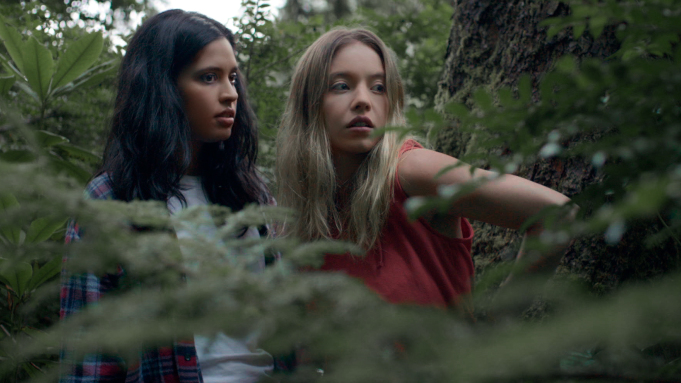 A lake house seems like the perfect place to get away after a bad breakup. Unless your ex happens to own said lake house. Whether or not that’s an inevitable recipe for disaster leaves open soon wiggle room, the kind that Clementine is eager to explore.

Karen (Otmara Marrero), a lesbian in her early thirties, just wants to get away for a while, seeking solitude as she tries to get her affairs in order. Staying at a nearby cabin, the much younger Lana (Sydney Sweeney) seeks companionship, the kind of association born out of a shared sense of isolation. Lana has secrets of her own, but the comforts of solitude offer a kind of deceiving refuge.

Director Lara Gallagher relies almost entirely on her two leads to carry the film. Marrero and Sweeney are competent actresses, but their characters lack the much needed chemistry required to make the story compelling. The narrative loses practically all of its steam as a result.

The script doesn’t do the film any favors either. Gallagher sticks to quiet, minimalistic dialogue that does come across as quite realistic. The trouble with this dynamic lies in where it’s aiming its attentions, often the pseudo-philosophical musings of a stoned teenage girl. Sweeney is more than capable of delivering these lines in a manner that sounds authentic, but she can’t do much to make it sound interesting.

With a reliance on camcorders and landlines, Clementine often feels like a period piece. The absence of cell phones and other distracting forms of technology help heighten the tension, drawing the two leads together in the absence of much else to bide their time. Gallagher does a good job with the film’s aesthetics, an intimate setting where the kind of romance she hopes to kindle could believably take place.

Clementine gets by on the strength of its leads for a while, but the weak script and thin narrative let all of the air out long before the credits roll. There’s a lot to be explored in the realm of gay breakups, which haven’t received much attention from filmmakers. For a while, Gallagher keeps the intrigue up, but it’s not sustainable. Even worse, the third act possesses a plot twist that basically feels like a cheap stunt.

Intrigue isn’t worth much when it’s forced to run on fumes. Clementine is far more boring than it has any right to be. A fascinating premise that’s competently crafted, the film’s script undercuts its potential. A real shame.