The L Word: Generation Q Is a Slight Improvement on Its Shallow Predecessor 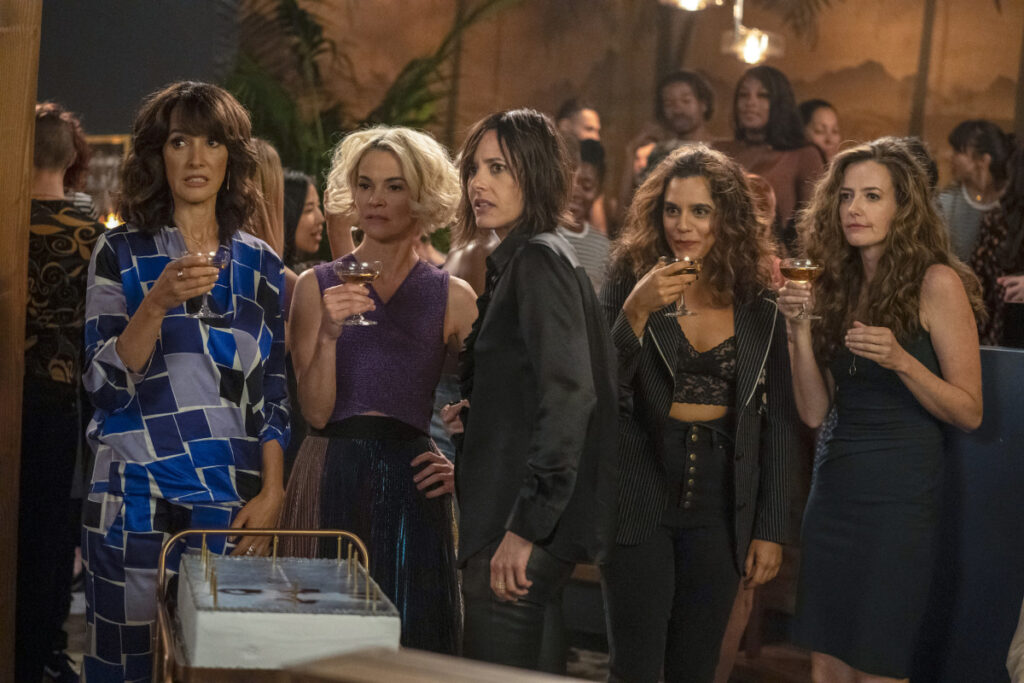 The L Word will always be regarded as groundbreaking television series by nature of its premise. Public opinion toward LGBTQ people has undergone a massive transformation since 2004. Despite its status as a pioneer of queer representation in popular culture, The L Word has aged quite poorly as a narrative. Obsessed with melodrama and the superficial lives of its upper-class lesbians, it’s pretty embarrassing to think that this show served as many people’s point of entry to engaging with LGBTQ issues.

Popular culture has changed quite a bit since then. The L Word: Generation Q finds itself in a climate that’s far more unforgiving toward poorly crafted gay narratives. It’s not enough to feature lesbians on television, now you have to find something interesting for them to do. In this regard, Generation Q demonstrates that The L Word really hasn’t learned all that much.

The show was smart to keep the returning characters to a minimum. Bette (Jennifer Beals), Shane (Katherine Moennig), and Alice (Leisha Hailey) are the sole members of The L Word’s large ensemble cast to come back as regulars. The absence of Jenny Schecter, a strong contender for worst LGBTQ character ever depicted on screen, is refreshing, but Generation Q falls to put forth a strong case for why the audience should want to spend more time with Bette, Shane, and Alice.

Shane is still pretty cool. Alice is still annoying and obsessed with serving as a standard bearer for the community. Bette has more first world problems, this time running for mayor without any clear sense of conviction. The show is more than willing to forgive its characters’ shortcomings, shallow people living shallow lives, but it’s not very interested in demonstrating how any of these people have grown.

The new characters are a bit of a mixed bag. Sarah, better known by her last name Finley (Jacqueline Toboni), is the standout of the bunch, an executive assistant on Alice’s TV show who squats in Shane’s house. Micah Lee (Leo Sheng) helps correct the sins of the past in the trans masculine department, an adjunct professor with lots of depth in the romantic realm. Dani (Arienne Mandi) and Sophie (Rosanny Zayas) are less successful, an engaged couple with family melodrama that feels better suited for the climate of the original show.

The L Word was pretty horrifically terrible in the realm of transgender representation, repeatedly demonizing its trans male character Max in cringey depressing manners. In addition to Micah, recurring characters Pierce (Brian Michael Smith) and Tess (Jamie Clayton) are given substantive plots that don’t hinge on their transness.  The show is spread pretty thin with its ensemble cast, but manages to blend the new characters in with the holdouts pretty well.

The biggest problem for Generation Q is the writing. The superficial storytelling isn’t very interesting in a world with far better LGBTQ representation. Eight episodes isn’t a lot of time to craft compelling plotlines for such a large cast, but the show doesn’t really try. For the most part, it’s far too content to revisit tired tropes explored by its predecessor.

It’s not really quite clear who Generation Q is trying to please. It’s not really a “greatest-hits” style revival like many other reboots of the past few years. The legacy characters aren’t simply there to pass the baton either. Trouble is, they’re not really there to do anything interesting. Alice has already been on television and Bette spent the entire previous series jumping around from various high-status professions. Are we supposed to care about seeing this again?

For some, that answer might be yes. Generation Q is hardly unwatchable, unlike the later seasons of its predecessor. It’s hardly a satisfying experience. The LGBTQ community deserved better than the shallow storytelling of The L Word. The past few years have given the community just that. There isn’t much need for The L Word anymore. Generation Q doesn’t do much to change that sentiment.

« Rise of the Resistance
Relish Is a Muddled, Derivative Take on Teen Angst That Lacks Focus »