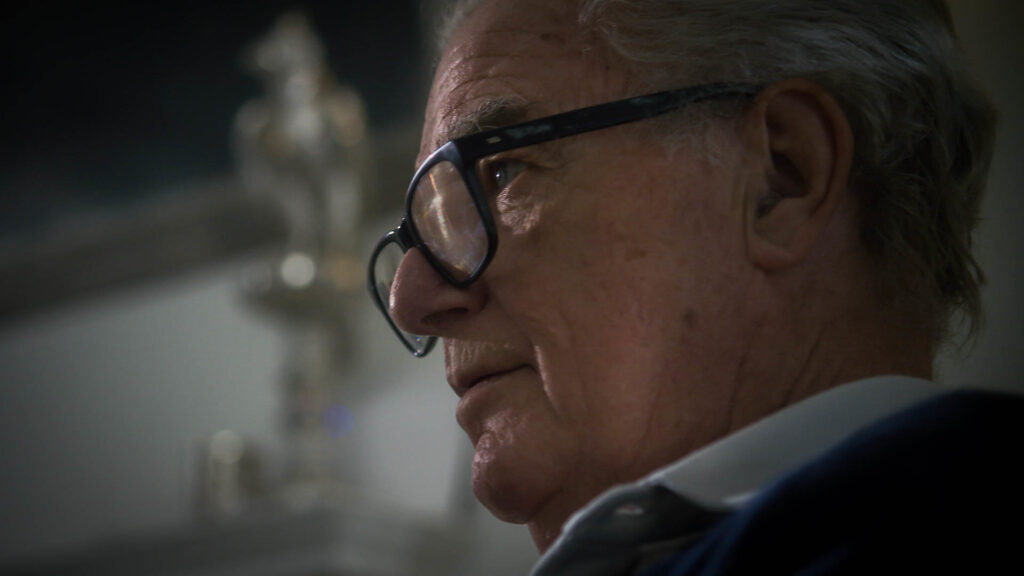 A still from Influence by Diana Neille and Richard Poplak, an official selection of the World Cinema Documentary Competition at the 2020 Sundance Film Festival. Courtesy of Sundance Institute | photo by Mark Bugyra.

The late Lord Timothy Bell changed politics in the 1980s with his scorched earth approach to public relations. There was seemingly no client too shady for his public relations firm, Bell Pottinger, which propped up many despotic regimes around the world. Featuring extensive interviews with Lord Bell himself, Influence takes a hard look at the legacy he left behind.

Directors Diane Neille and Richard Poplak cover practically the entirety of Bell’s career, from his early days in PR working with Saatchi & Saatchi to his departure from his namesake firm in 2016. A special emphasis is given to Bell’s work with Margaret Thatcher. The “Labour Isn’t Working” campaign was particularly devastating, helping the Conservative Party gain immense steam heading into the election that lead to Thatcher becoming prime minister.

Bell is a fascinating subject. Neille and Poplak strike at the core of his amorality, willing to do anything for anyone with a checkbook. Lord Bell is keen to play the villain, taking great delight in his life’s work. His only regrets seem to lie with the demise of Bell Pottinger after the scandal in South Africa.

The film struggles to grapple with an overstuffed narrative that loses steam as it tries to pack too much into its bloated runtime, sacrificing depth for breadth. Bell Pottinger’s reach stretched all across the globe, aiding many shady tyrants. Neille and Poplak struggle to explain the political climates of many of the situations in a way that a general audience could understand.

Influence dissects the relationship between Bell Pottinger and the Gupta family in South Africa, who hired the firm to help prop up the Zuma regime. Bell Pottinger stoked a lot of racial animosity in the country, which was exposed after whistleblowers came forward with a treasure trove of documents. The material is hard to follow, especially since it’s not really even the primary focus of the film.

Neille and Poplak can’t really decide if Lord Bell is their focus or Bell Pottinger as a whole, a dynamic that becomes quite unwieldy as the narrative rolls along. Though the runtime of 105 minutes allows for quite a bit of globetrotting, it’s much harder to piece the findings into something resembling a cohesive conclusion.

The film also falls a bit flat when it tries to tie Bell Pottinger to the current state of disinformation running rampant in politics across the globe. The 2016 Trump campaign and Cambridge Analytica are obvious successors to the antics that Lord Bell deployed, but Nellie and Poplak draw lines between them that don’t feel all that necessary or insightful. It’s hardly as if Lord Bell invented political theatre, even if he was a master at it.

Influence is a fascinating documentary in many ways. The film presents a damning portrait of a charming yet detestable man. As a narrative, it starts to fall flat after a while, sinking under the weight of the massive amount of information it tries to convey. The film tries to do too much in a short period of time, becoming way too hard to follow for a general audience. Fans of global politics may find much to enjoy, but the film is in desperate need of additional editing to bring clarity to its findings.